We were so far south that there was almost a whiff of civilisation in the air. 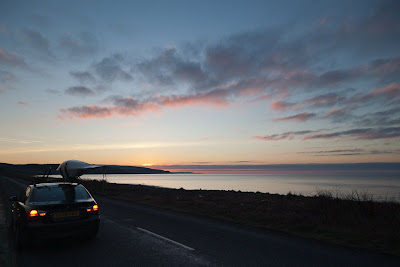 At the end of January we drove far to the south, into the recesses of Galloway's remote Machars peninsula. 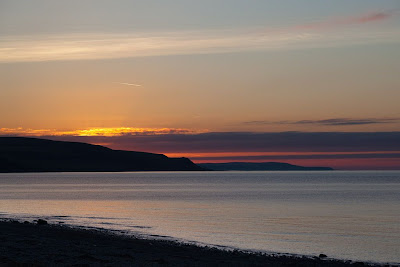 The winter sun struggled into the sky above the distant Burrow Head, a mysterious headland, which is isolated by the swirling tides that scour the Irish Sea. 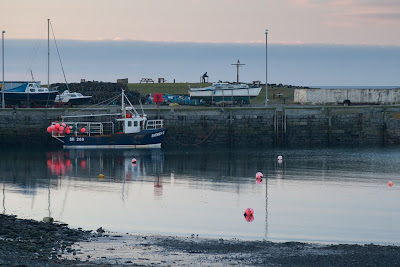 We convened at the little harbour of Port William. Our arrival did not go unnoticed, the local sea kayaker braved the minus 5 degree frost to bid us welcome.

To the north, a line of clouds betrayed the reason for the long drive south to Scotland's second most southerly point. We were about the same latitude as Hartlepool in England! So far south were we that  if you took a deep breath, you could almost get a whiff of civilisation in the air. 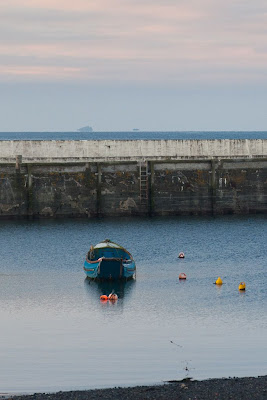 Out at sea the mysterious Scares floated on the horizon. 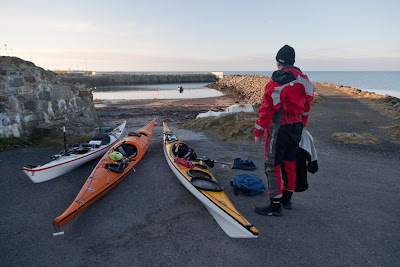 The shuttle to Garlieston was rather complicated by the myriad of small Galloway lanes, which ran in all directions. We did not return the same way we went, indeed we almost never saw Port William again and fully expected to drive into Lord Summerisle's estate. Our usual navigational ploy of keeping the land on our left had failed miserably. Since Jim and I were concentrating on the driving, the excessive use of global warming liquids fell squarely on Phil's shoulders.
Posted by Douglas Wilcox at 7:00 am 1 comment: