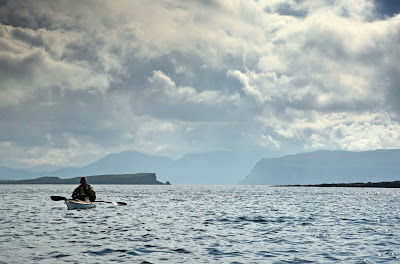 After leaving the succour of Cragaig cottage, we were a sorry bunch. Tony’s ankle was the size of a melon and Mike had not been paddling since February as he had been bitten on the hand by a venomous snake in South Africa. My arthritis was bothering me and David’s back was playing up. The Treshnish isles had been our intended destination but Mike’s forearm was suffering badly after the slog up Loch Tuath to Ulva Ferry the day before. He decided to have a short day and head for a camp on Inch Kenneth while we decided to make do with a little tour of Loch na Keal, visiting Staffa and the Wilderness instead... 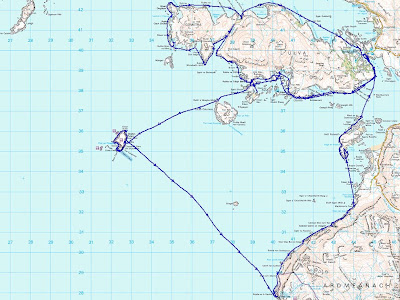 Our fiirst stop was Little Colonsay. 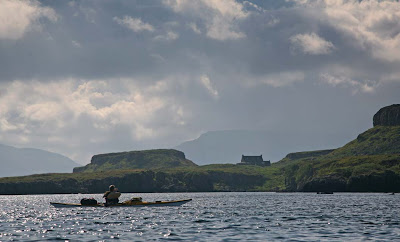 There is a large 3 storey house on this island. In the 1930’s, the last resident moved to Cragaig cottage (which we had just left). He was driven out, after 40 years on the island, by a plague of rats. After our recent encounter with the Giant Bothy Rat of Ratatallain, Tony and I have a clear policy when it comes to rodents. We did not land.

We paddled on to Staffa.
Posted by Douglas Wilcox at 9:31 am No comments: