The Dundrennan and Colvend coasts of the Solway 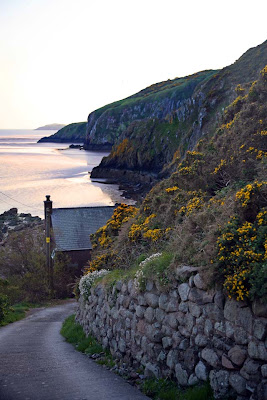 The Colvend coast: evening light on the sands revealed by a spring low tide. Hestan Island is in the distance. This steep road leads down to the hamlet of Port o' Warren. 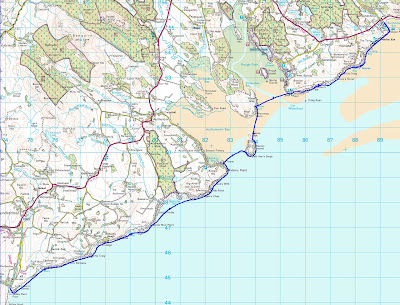 The Dundrennan and Colvend coasts of Galloway on the Solway Firth can offer some challenging paddling conditions. At the weekend we took advantage of a spring flood tide to carry us up the coast from Abbey Burn Foot to Sandyhills. The spring tide set up overfalls at several of the headlands particularly from Lot's wife (a guano covered stack) to Balcary Point and between the monument and Cow's Snout. Shallow seas, clapotis from the sheer cliffs and a force 5 wind all contributed to a bumpy ride and I managed few photos. 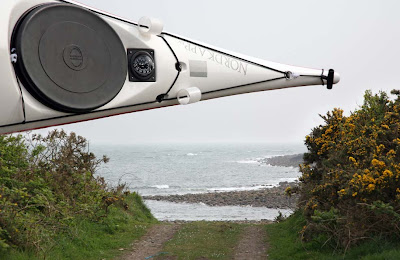 Abbey Burn Foot is in the middle of the Dundrennan Range, a weapons firing range. The beach is often closed to visitors but was open this weekend so Tony, Billy and I took advantage. 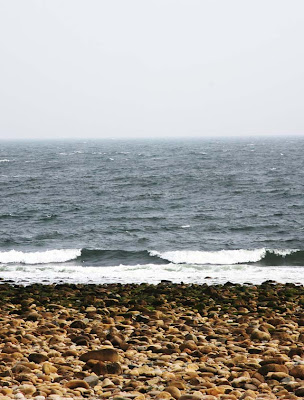 The launch was a bit rough over boulders. 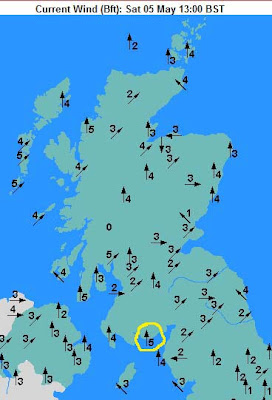 The weatheronline database recorded a force 5 southerly at the Dundrennan Range weather station. 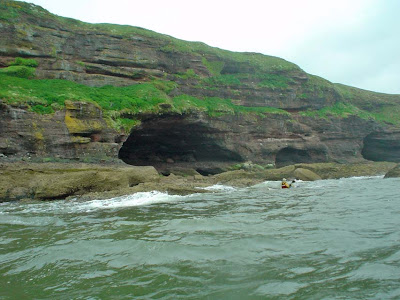 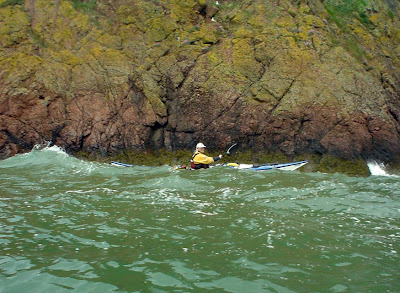 Castlehill Point was not as rough as some of the others. 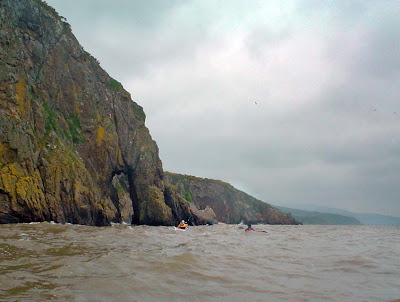 The Needle's Eye arch on the Colvend Coast. 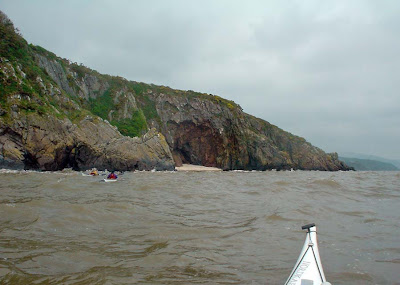 A stunning, remote, sandy cove just before Sandyhills Bay with its bank holiday crowds. We arrived at Sandyhills at high water. If we had been delayed and had to fight against the ebb, it would have been even rougher with breaking seas in the shallow wind against tide conditions.
Posted by Douglas Wilcox at 9:42 pm 4 comments: