It's tough being a gannet! 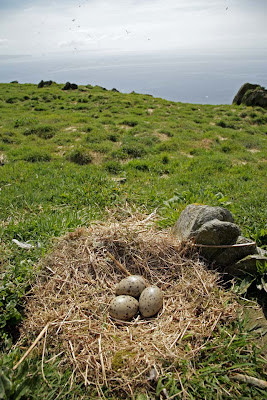 Not far from the summit cairn of Ailsa Craig we found this unprotected greater black backed gull nest. Now the rats have gone, this ruthless bird has no predators. We have seen these gulls straffing a colony of razorbills, forcing them into flight then eating their eggs. 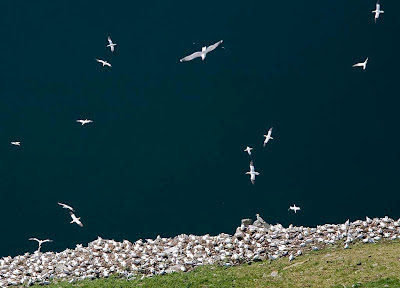 Just a short distance away, down a grassy bank, lay the top of the gannet colony on the west craigs. It was quite tempting to go down and get some good closeups of the nesting gannets. But these gannets were incubating their eggs. If they had been disturbed and left the nest, the gulls would have swooped down and stolen the eggs. I contented myself with this distant view. 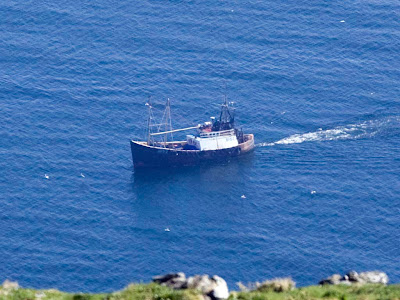 Marauding black backed gulls were not the only problem facing the gannets. Thirteen fishing boats, at least two of which were registered to Belfast, were trawling round and round Ailsa Craig. From the heights we could see where their nets had stirred up the sea bed. It seemed a great pity that so many fish were being scooped out of the sea, right under the beaks of the breeding gannets.