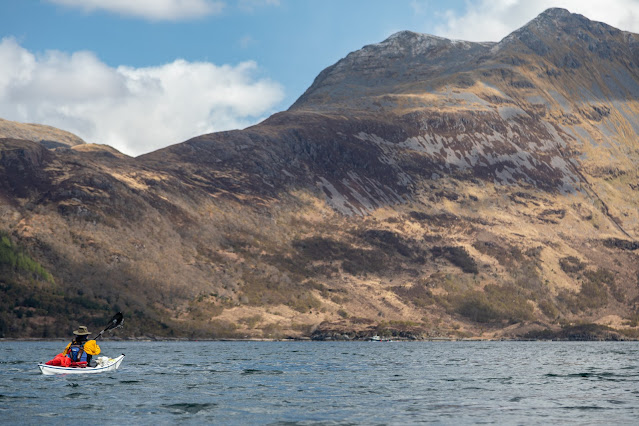 As we paddled east along the south shore of Loch Hourn the mountains closed round us. 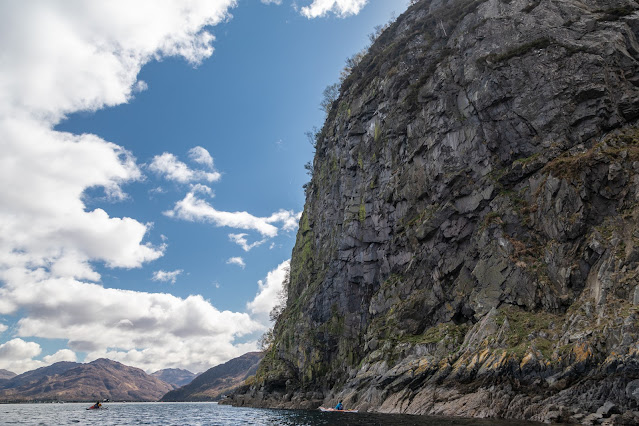 Loch Hourn is a flooded U shaped glaciated valley and in some places the mountains fall straight into the sea as here at Creag an t-Sagairt (roughly translates as pulpit rock). 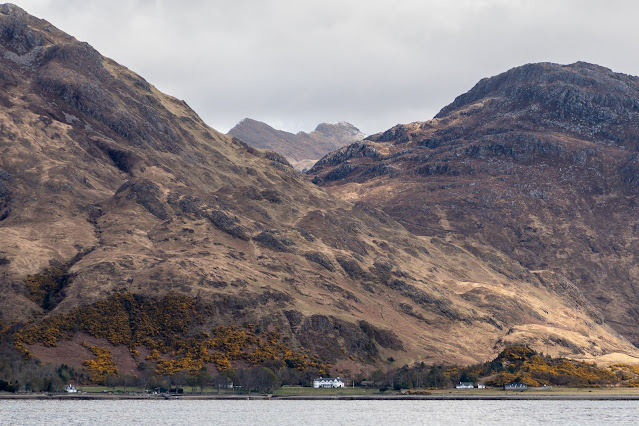 On the north side of the loch, Arnisdale House was dwarfed by the foothills of Beinn Sgritheall. This was the inspiration for James Bond's ancestral home "Skyfall". It was built by Valentine Fleming, the father of Ian Fleming who wrote the James Bond books. Valentine's father was Robert Fleming who founded the eponymous investment bank. The family were not short of an odd bob (or odd job) or two. 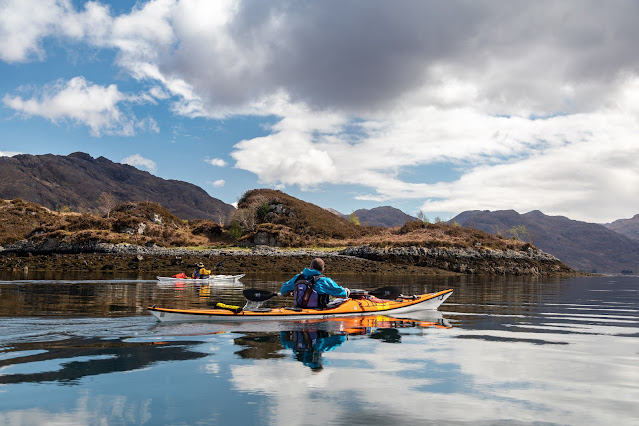 All was deceptively quiet as we passed Eilean a' Phiobaire (Piper's Isle) but a storm was gathering.

Within seconds the sky started to fall round our heads. The temperature plummeted as violent squalls of wind, rain, hail and sleet swept down from the high corries. We were in for a pasting.
Posted by Douglas Wilcox at 7:02 pm No comments: