A rusty cock, mysterious symbols, dead heads, a high and dry ship and a shaded sundial on Little Ross Island. 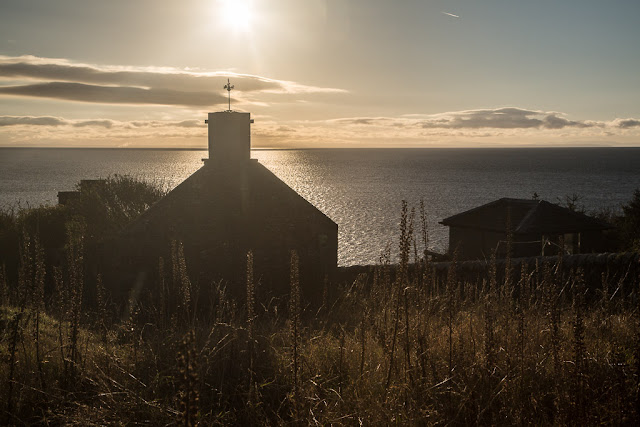 On our way up to the lighthouse we passed Little Ross cottages. At one time the lighthouse keepers' families lived on the island and helped support themselves by farming. 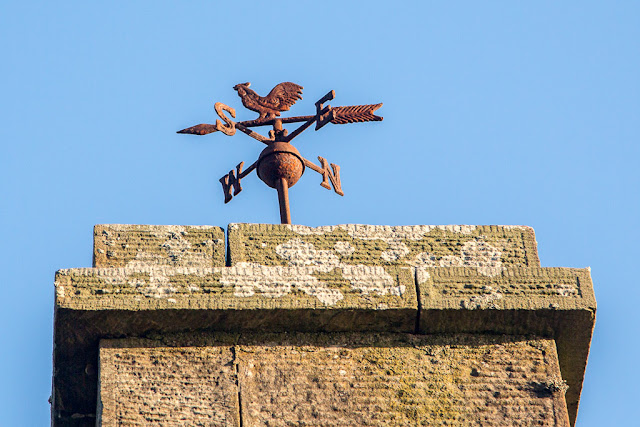 The weather cock had rusted solid as there was a strong north wind blowing. 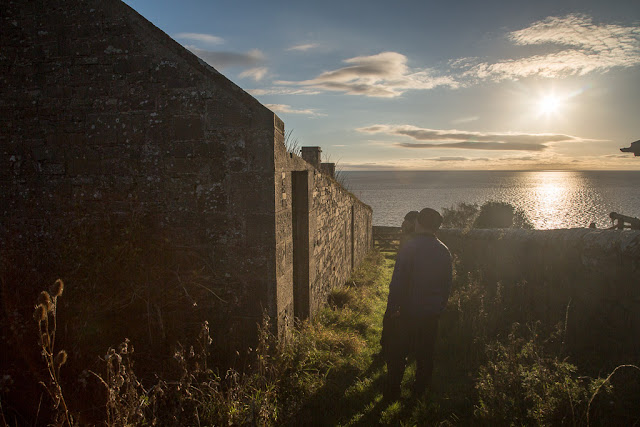 The row of cottages was built on a steep slope so although the walls were vertical, their tops sloped downhill. 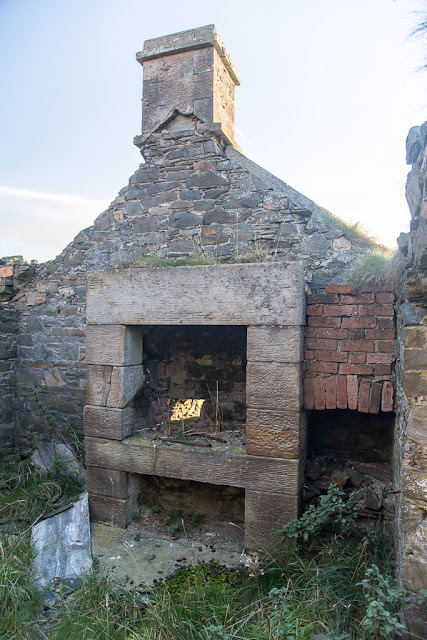 The first cottage was used as a smithy. 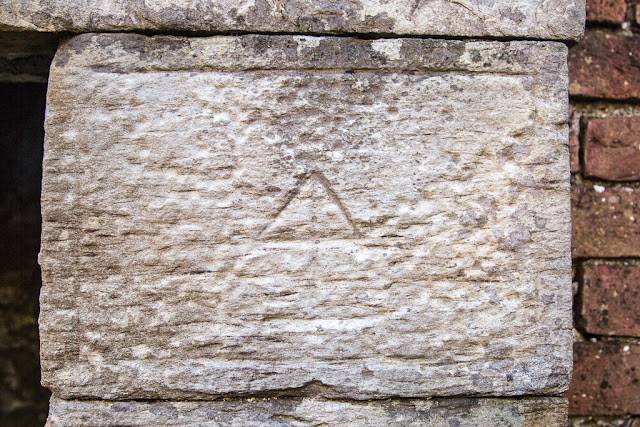 The sandstone blocks to the side of the fireplace had symbols carved into them. 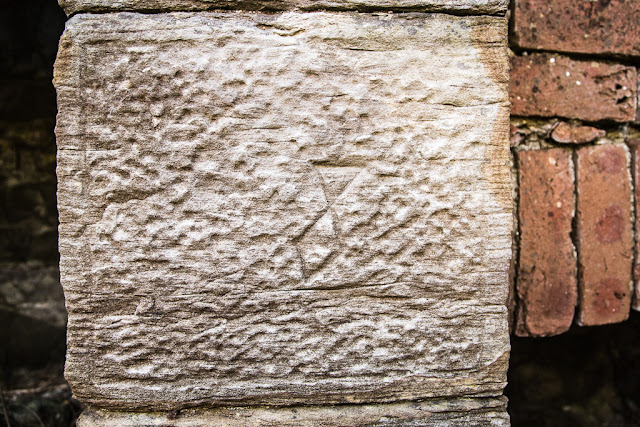 I have no idea what they mean. 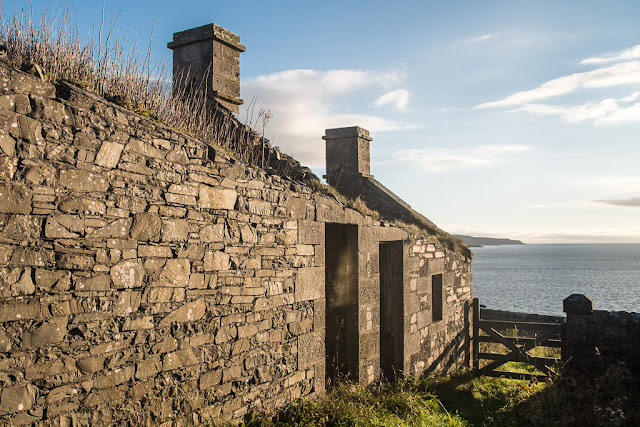 We proceeded down the sloping "street" to the bottom house where the gate was... 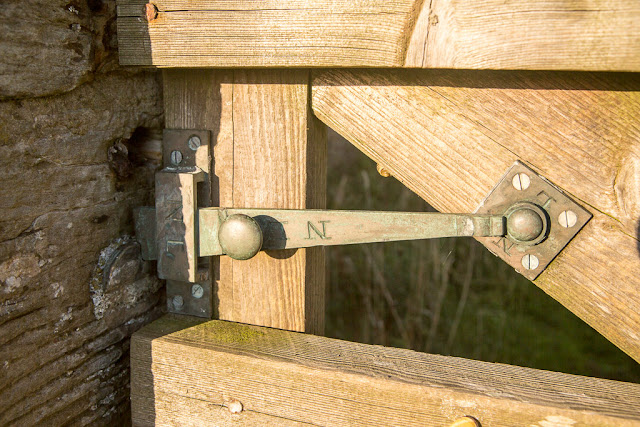 ...secured by this beautiful brass latch inscribed NL which I think might be short for Northern Lighthouses. 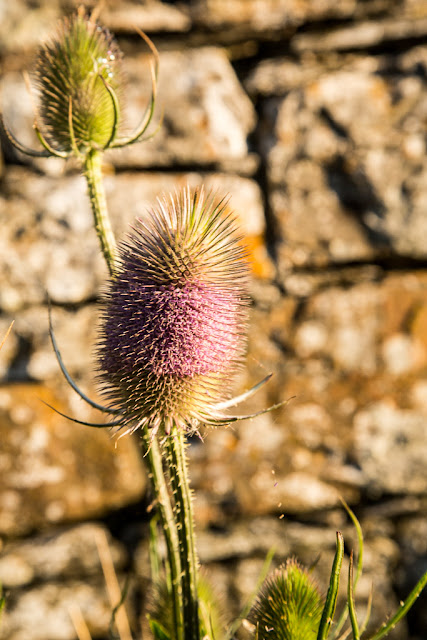 Once through the gate we entered the former vegetable garden which the island's current owners now keep as a mixed garden. These thistles were just past flowering but... 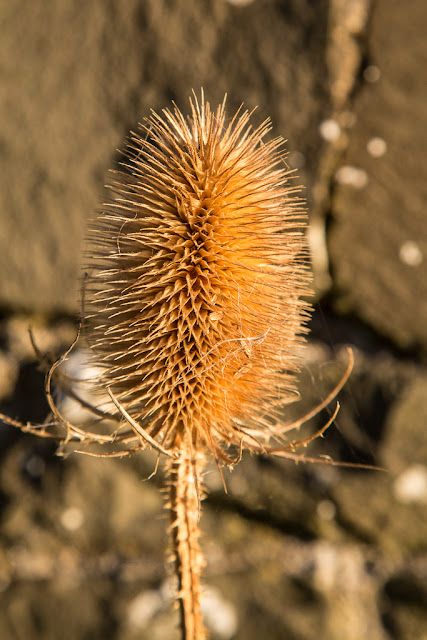 ...their seed heads were very decorative, 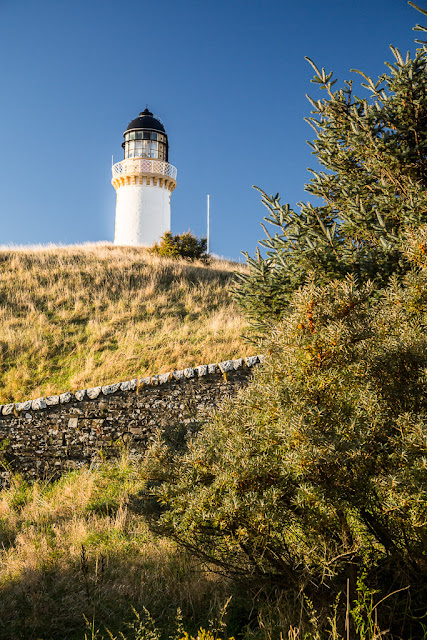 The lighthouse towers above the walls which shelter the allotment. 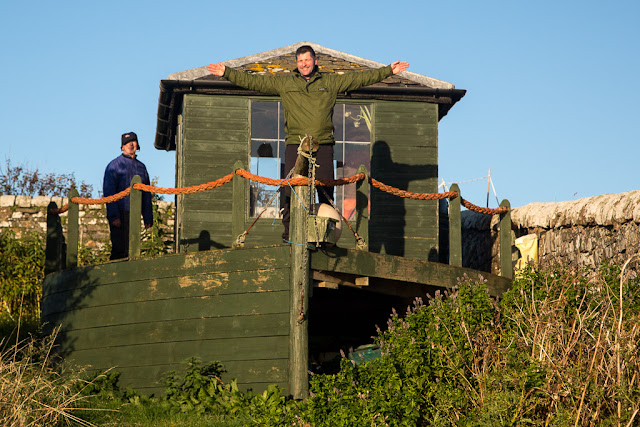 The owners have built a summerhouse on a boat shaped deck. Ian enjoyed a moment on the bow but this boat wasn't going to hit any icebergs. 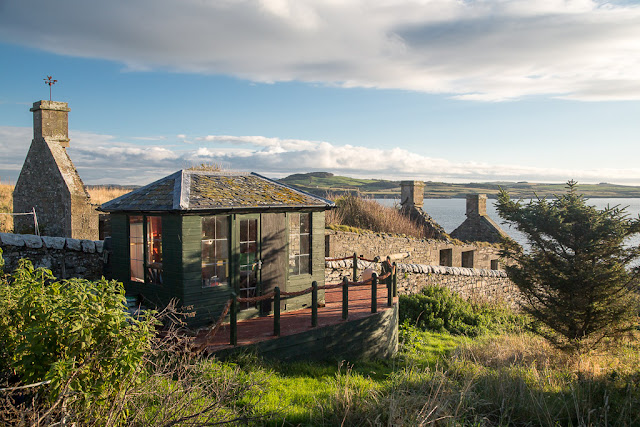 It truly is a beautiful spot and the ship summer house has... 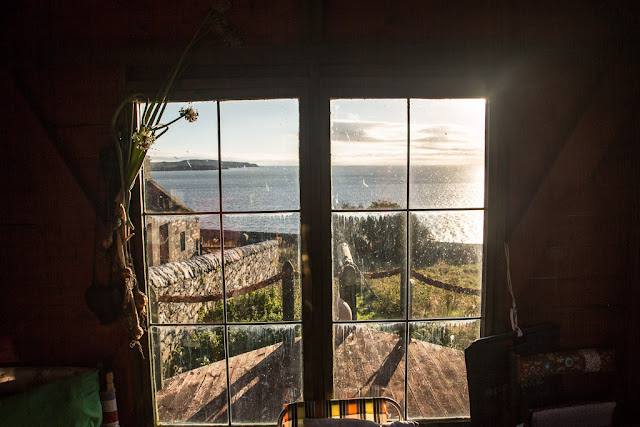 ...a lovely view. On leaving we were careful to secure the door against any coming storms. 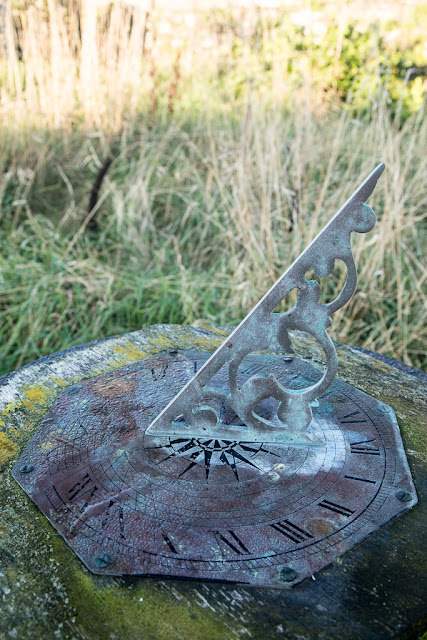 This old sundial was more decorative than functional as it was still in deep shade. Maybe its owner was a late riser?
Posted by Douglas Wilcox at 4:12 pm 6 comments: