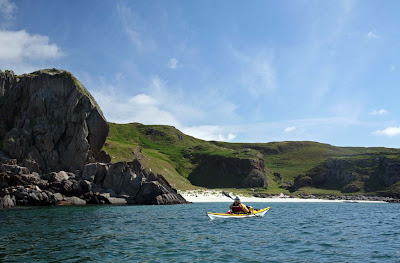 After our circumnavigation of Iona we were looking for a more restful day so we ran the kayaks by car along to Uisken on the south coast of the Ross of Mull. We were bound for Malcolm's Point a mere 11km along the coast to the east. 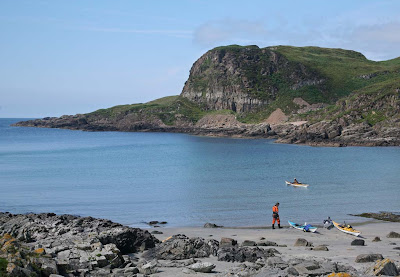 Making progress along the first part was somewhat difficult given that there were deserted white shell sand beaches round every corner. 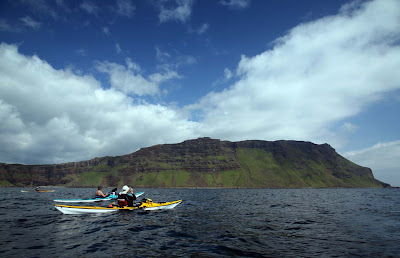 When we rounded Rubha nam Braithrean the bay opened out and Malcolm's Point lay before us. 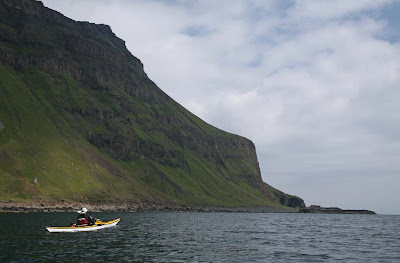 As we approached, we were dwarfed by the scale of the cliffs. Layer upon layer of volcanic ash alternating with basalt lava flow soared over 300m above us.