A welcome break at Ganavan. 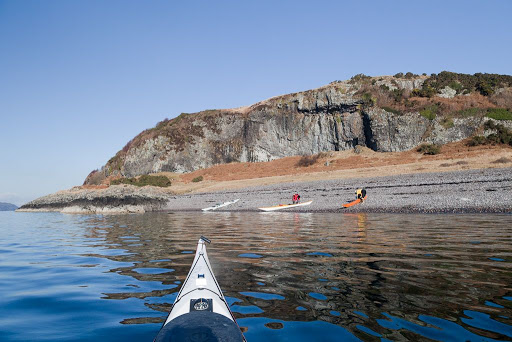 We followed the Argyll coast across the sweep of Ganavan Bay and landed at its NE end. 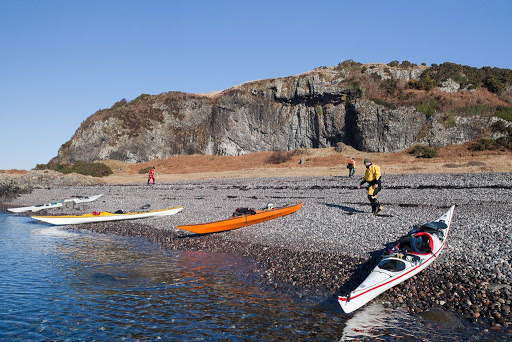 The other end of the beach has beautiful sands but was crowded with walkers from Oban enjoying the first sunny day of the year. We chose to land at the quiet end and did not mind the cobbles. 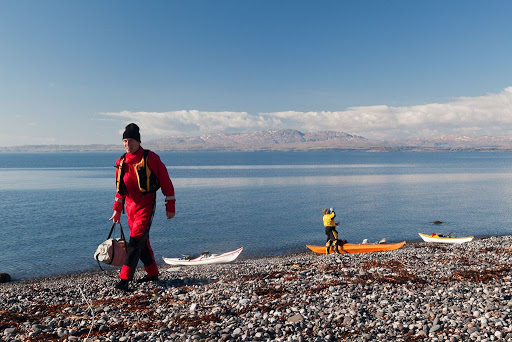 We were rather hot and parched because we were all in dry suits, with multiple thermals underneath. 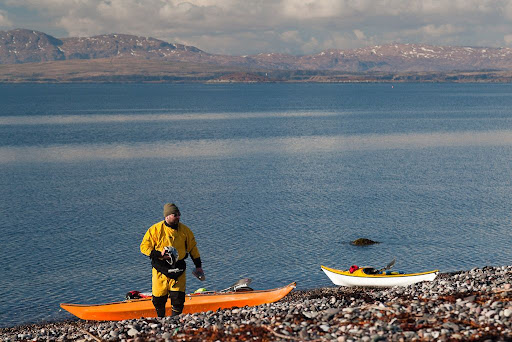 So it was a great excuse to stop for second luncheon. Jim W's kayak is a Sea King. The low winter sun showed off her fine lines and chines. 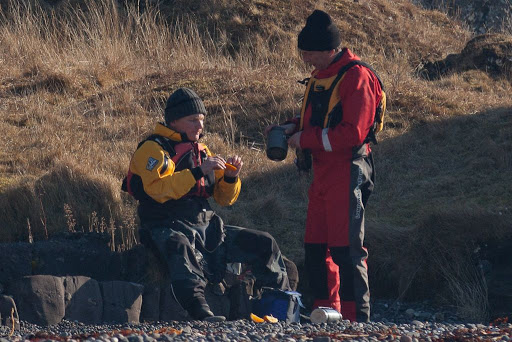 Jim produced orange slices while Phil got the stove an for tea but as it was afternoon, it was appropriate for a variety of malt whiskies to be sampled. On this occasion we had Bruichladdich Rocks, an 18 year old Glenfiddich and a 10 year old Springbank. I am sure there was another one but for the life of me I cannot remember what it was! 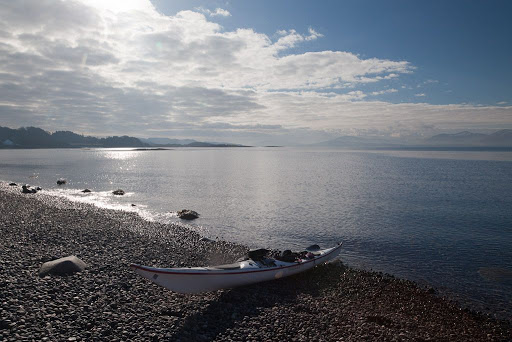 We enjoyed the thin winter sun in this beautiful spot. Recently a new housing development has been built on the site of a former RAF sea plane base in the SW corner of the bay. In a way it is a pity that such a development has taken place in such a beautiful spot. However, access is certainly a lot easier now. The owners of the previous holiday village of chalets, which was there from about 2004 to 2009, used to charge to launch from the beach, in addition to parking. 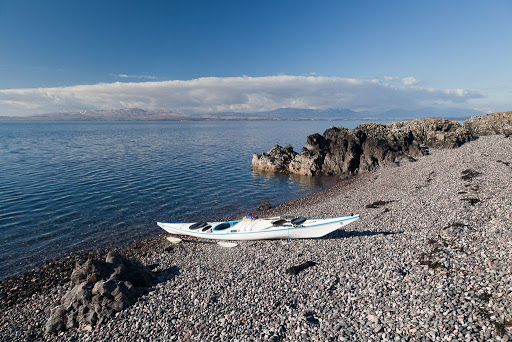 At our end of the bay, all was natural and wild. The view extended across the blue waters of the Lynn of Lorn to low lying Lismore, then to the mountains of Morvern beyond.
Posted by Douglas Wilcox at 5:58 pm 2 comments: