Jetting off for some winter sun on Costa Clyde 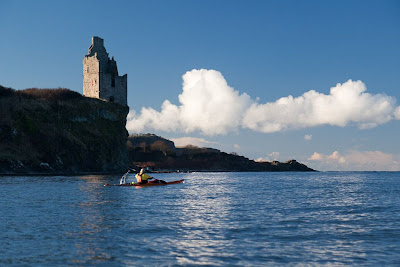 From the mouth of the Doon we paddled under the grim walls of Greenan Castle, which is perched right on the edge of the cliff. Castles are one of the great features of paddling in Scotland. They are a reminder that what are now apparently remote places were once lived in (and fought over) by our ancestors.

We bumped into Richard, from Ayr, who was trying out his shiny new Rockpool GT. I particularly liked the deck, which blended from dark grey at the stern to white at the bow, very smart! 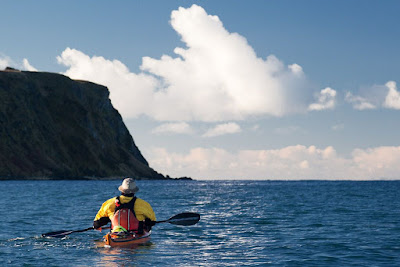 As we headed south, round the Heads of Ayr, our ears were assailed by a terrible racket... 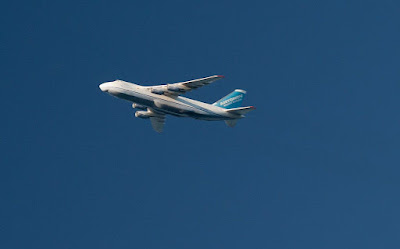 ...which was made by an Antonov AN-123 (Alpha Delta Bravo 1859) heavy lift cargo aircraft taking off from Prestwick airport. Fully loaded these weigh 405,000kgs, no wonder the engines are a bit noisy. About 3 years ago, I saw its even bigger sister the AN-225, which has a maximum loaded weight of 600,000kgs, taking off from Prestwick. The air was crackling! 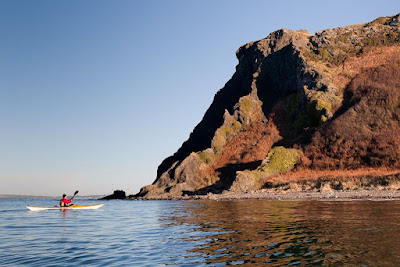 Once round the Heads, all was quiet and we even found shelter from the cold northerly breeze. 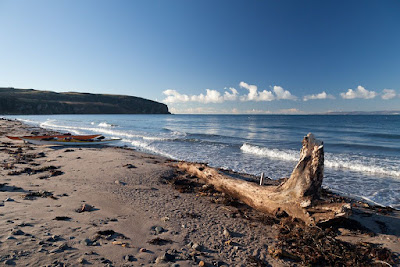 A convenient tree, which had no doubt come down the river Doon, ... 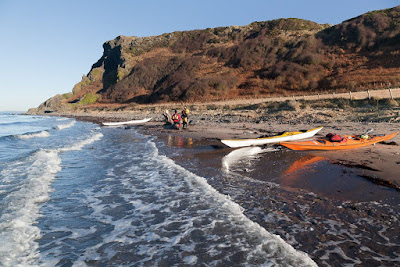 ...made a wonderful seat for an early luncheon. 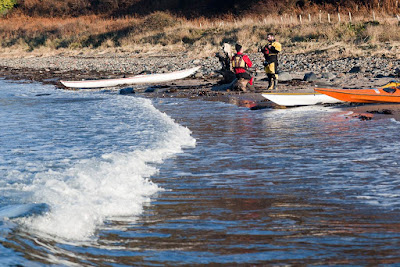 Sitting there in the winter sun, it was hard to imagine the snowy chaos which had enveloped most of Scotland.
Posted by Douglas Wilcox at 7:00 am 2 comments: