A race against the tide at Corbies Cove. 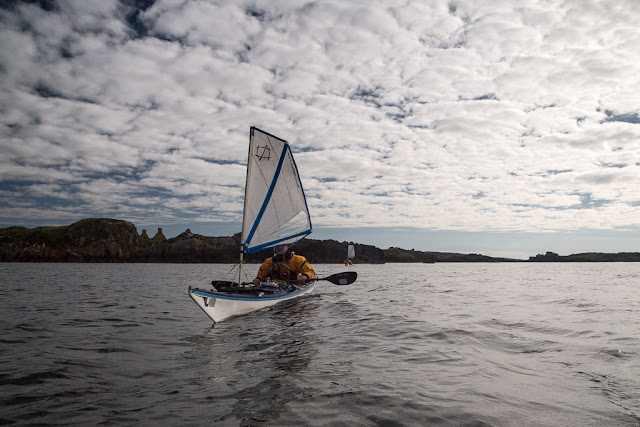 As we left Murray's Isles the temperature had risen noticeably and there was a line of blue sky approaching from the south. 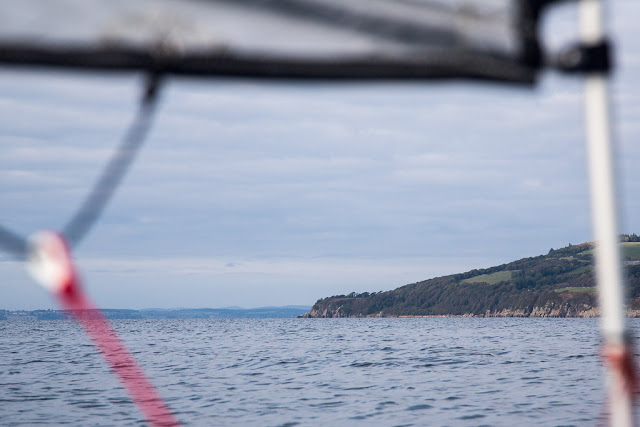 We were paddle sailing for Ravenshall Point on the NE shore of Wigtown Bay. 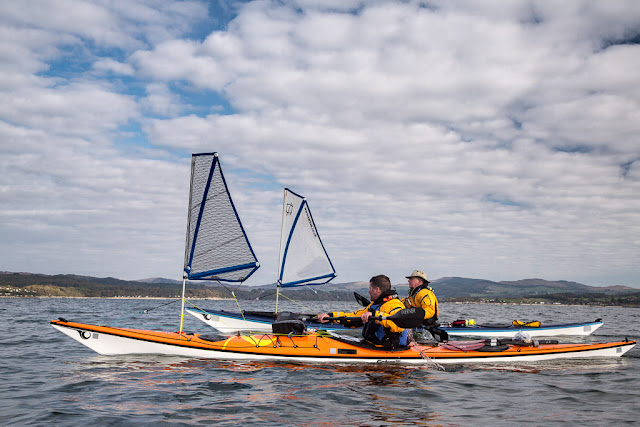 As we crossed Fleet Bay we became rather warm in our dry suits so... 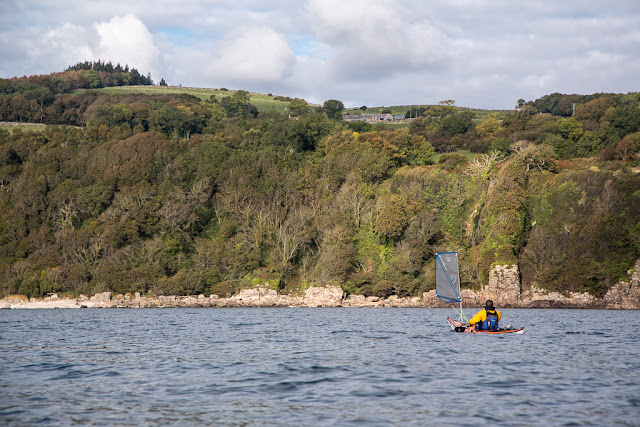 ...we were on the lookout for somewhere to land and change into something cooler. The coast here is seldom visited but the main A75 road runs along a raised beach at the the top of the cliffs. 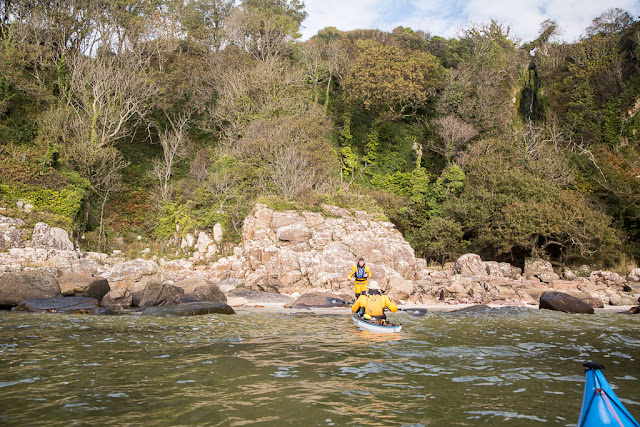 We found a little gap in the rocks at Corbies Cove where a burn tumbled down from the cliffs above, 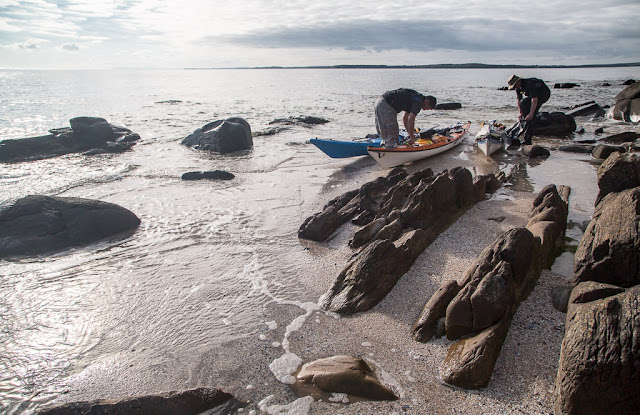 The beach was disappearing fast in the Solway flood tide so it was a race to get changed. The water was literally lapping round our feet as we got changed. 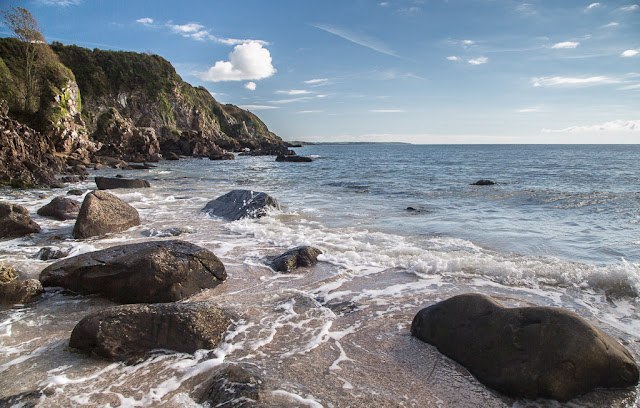 This was another stunningly beautiful spot. It seemed a long way back to Ringdoo and Borness Points which were just visible on the horizon and which we had rounded the previous evening. The sky was now almost completely clear and despite being mid October it was getting hot!
Posted by Douglas Wilcox at 7:15 am No comments: