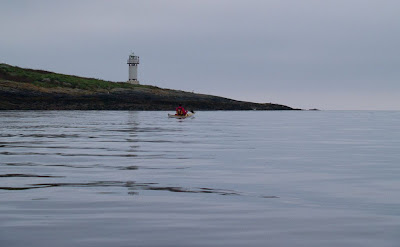 From Portavadie, we set off down Loch Fyne to Sgat Mor, big skate island. 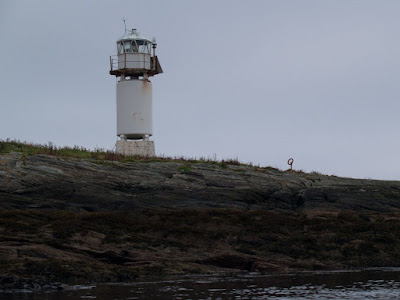 The little lighthouse used to be powered by propane and is almost all gas tank. It looked like a rocket. Nowadays it is solar powered. 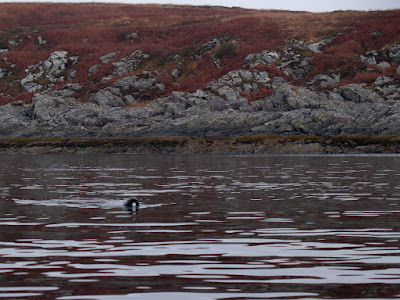 Between the island and the mainland something skating about at high speed on the water surface caught our eye. 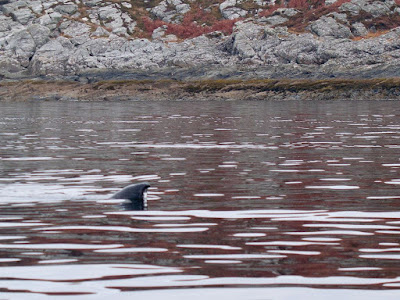 What on earth was it? 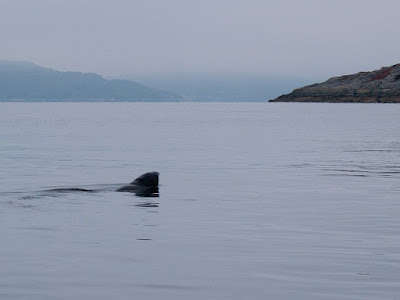 It was a baby basking shark, less than two meters long. I had never seen one before and I cant even remember seeing basking sharks in mid October in Scotland before. It was feeding on a rich plankton bloom. The speed it was swimming at was definitely skating speed rather than basking speed. It is great to see basking sharks back in the Clyde. 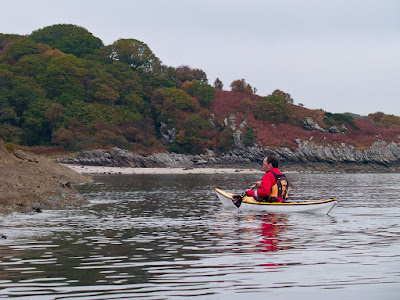 All this watching an other creature feeding had its effect on us... 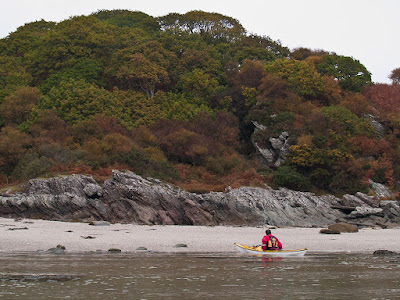 ...it was time for second breakfast and where finer to enjoy it than on the delightful sands of remote Asgog Bay.
Posted by Douglas Wilcox at 8:42 am No comments: