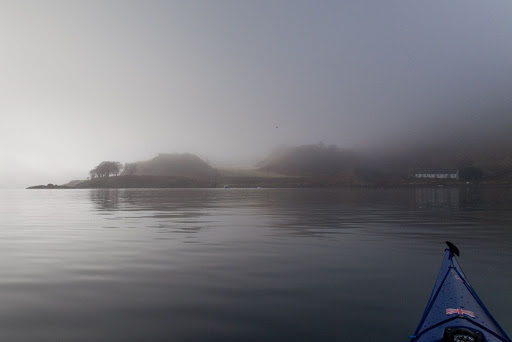 In a break in the fog, we saw a row of neat little white washed cottages at the back of the perfect crescent of The Little Horseshoe Bay. 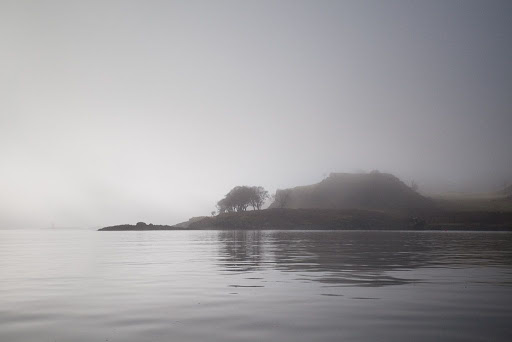 As we approached, it was obvious that this bay had been settled for a very long time. The grassy hillock at the entrance to the bay has a flat top which betrays it as an Iron Age hill fort. 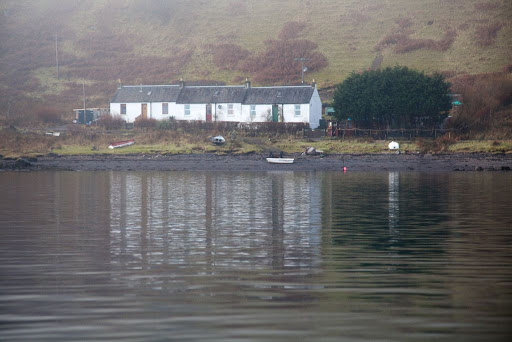 The cottages were originally built for slate workers who worked at quarries at the south of the island. When the quarries failed a lobster industry became established here and the workers boxed lobsters for delivery to London and Southampton by train. Orders were delivered by telegraph and telegram boys from Oban Post Office. The business boomed to such an extent that Kerrera was the first Scottish island to get a telephone line installed! Today the only sign of activity was a sole oystercatcher which kept an eye on us from the safety of the beach. 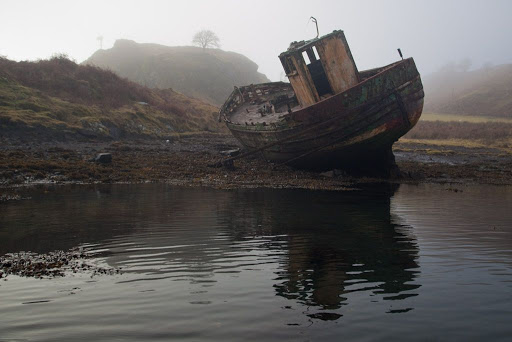 Hidden away in a corner of the bay lay this sad old fishing boat. Her paint had all but peeled from her grey timbers. I could not even make out the name, under which she was once sailed with pride. Even her iron rubbing strakes had sprung free of their fastenings and come to rest at an angle on the shore, as if in a forlorn attempt to keep her upright.

Sadly, she has seen better days. Just like the boats of the Iron Age settlers before her, one day she will be gone, without a trace.
Posted by Douglas Wilcox at 5:38 pm 2 comments: