The Cave of Knockbrex is no longer lost! 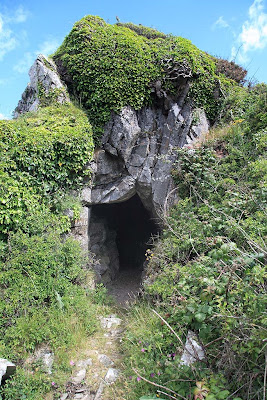 I had decided to look for the lost cave of Knockbrex, not at the current shoreline but at the back of the ancient shoreline of the raised beach. I found the cave almost straight away, though I had passed this spot many times before. Ivy draped itself over the rocks round the cave. An ancient bough, above the mouth, had recently broken thus possibly exposing the cave for the first time in many years. 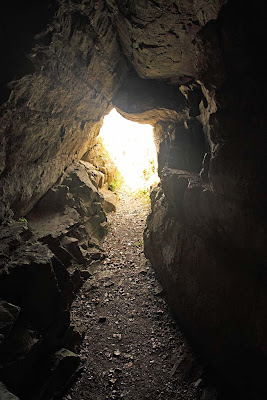 Inside it was one of the driest caves I have ever been in, the floor was so perfectly level, I suspect it had been made by the hand of man. The beaches in these parts were frequented by the Solway smugglers and almost certainly this one would have been piled high with casks of claret and rolls of tobacco from the Isle of Man. There were even flat rocky ledges to store a bottle or two! It may well be that the covering ivy had been "planted" by the smugglers for the purposes of concealment. 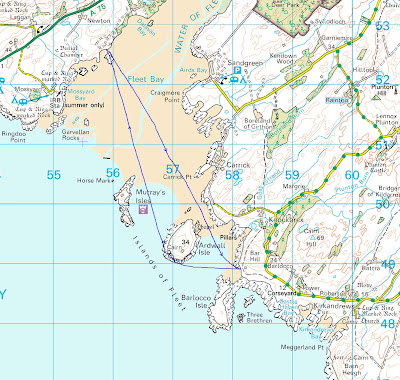 I paddled home with a sense of satisfaction that my short 9km pasddle had solved a long standing mystery. I think Lucy Walford would have written another novel about it.