The end of winter and the end of the loch, in Loch Shiel. 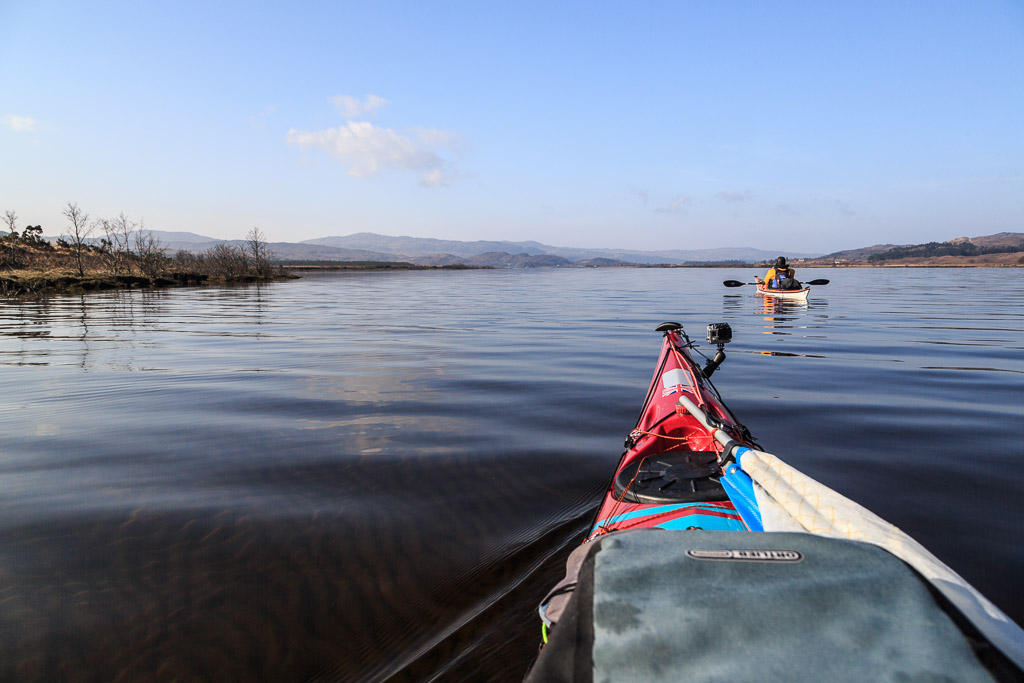 We now entered the shallows near the mouth of Loch Shiel. The sandy bottom was visible most of the way across the loch except for a narrow channel in the middle. There was complete silence except when some... 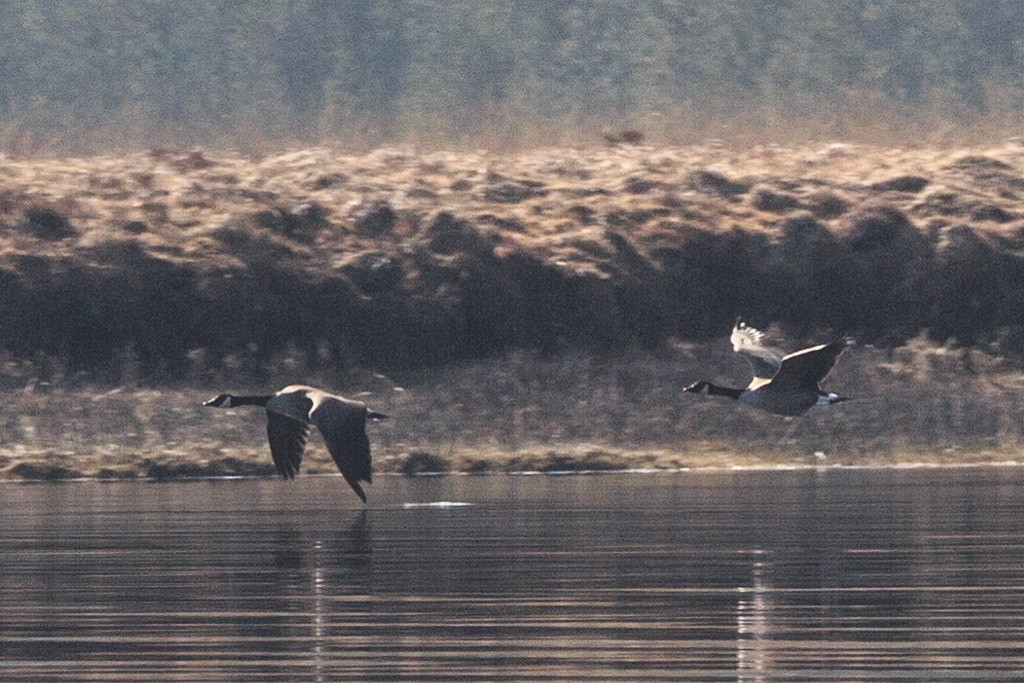 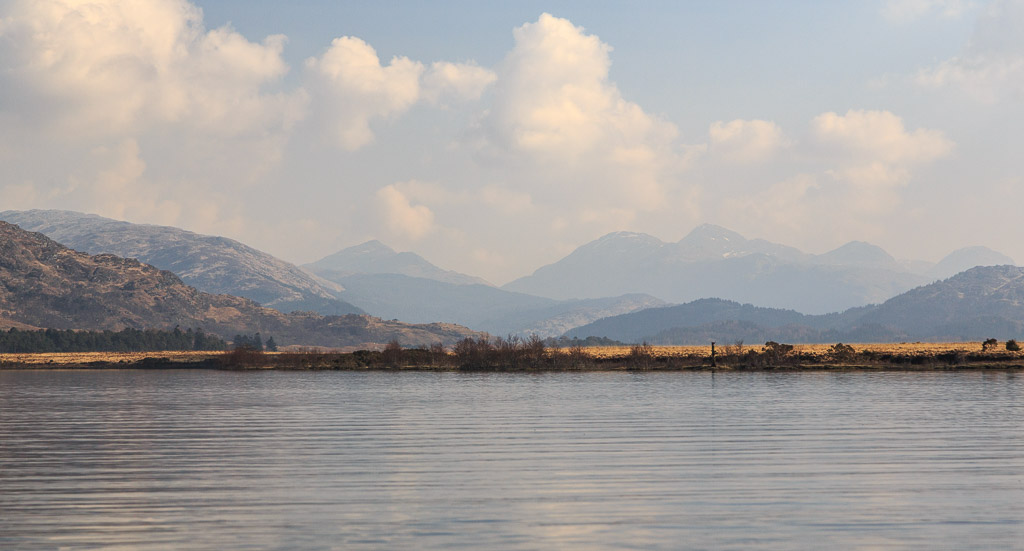 Looking back up the loch, the mountains now seemed a very long way away. 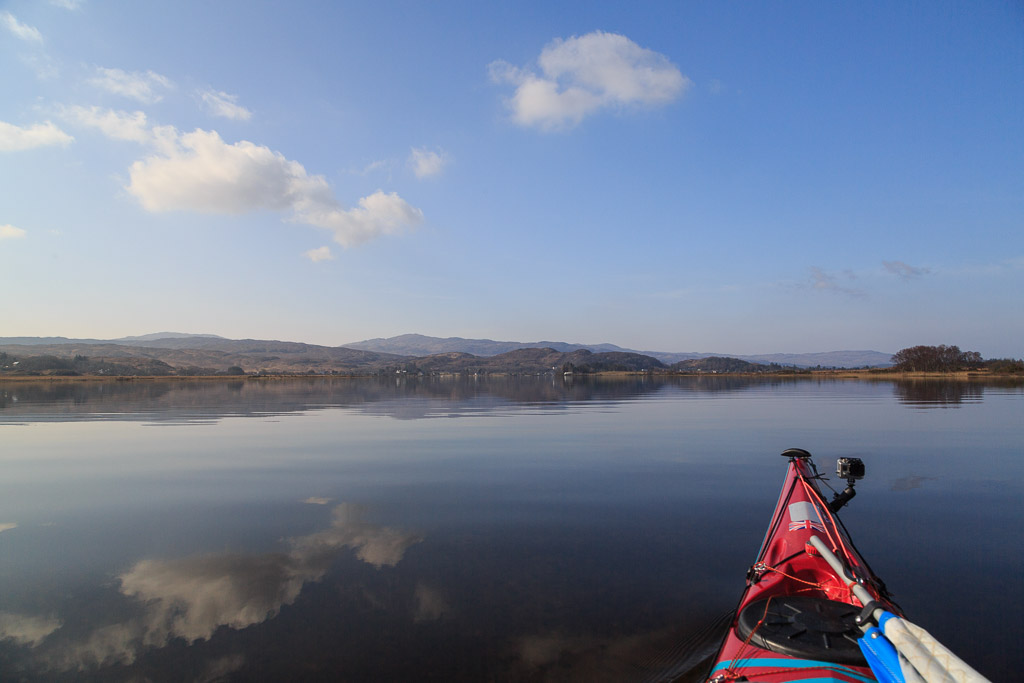 For the first time since leaving Glenfinnan we caught sight of a group of houses,... 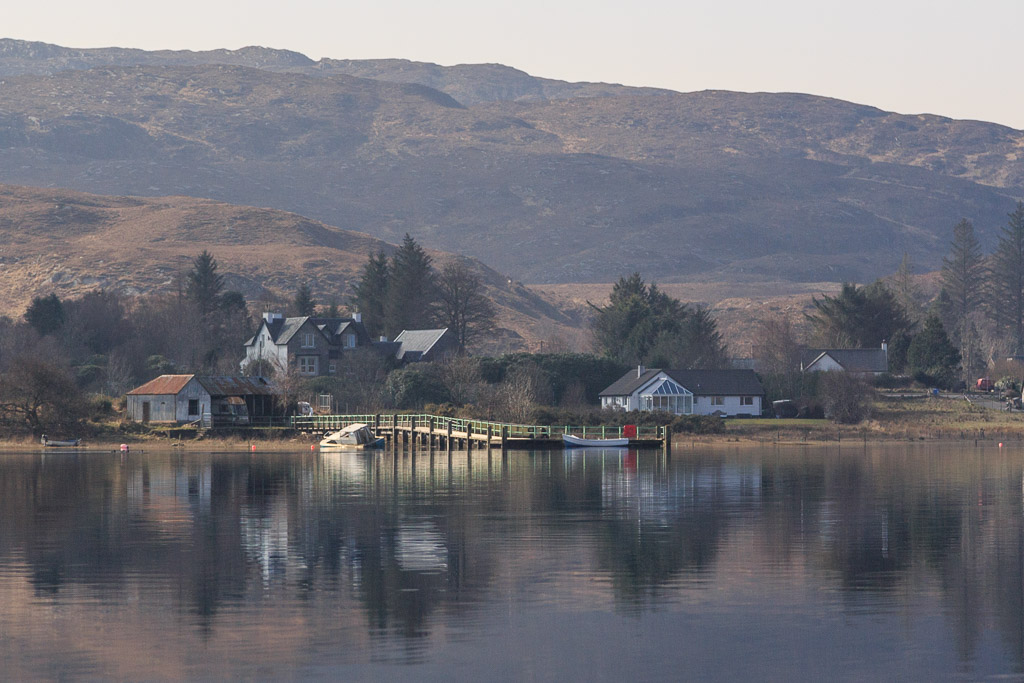 ...the village of Arachacle with its jetty lies at the west end of the loch. Before the modern roads were built this was a very remote place. In 1893 David MacBrayne ran the first weekly launch service on the loch to connect Arachacle and Glenfinnan. This was replaced by a larger steamer, Lady of the Lake, in 1898 by Lord Howard of Glossop, who owned Dalelia estate. It linked up with the mail coach service from Fort William to Arisaig. 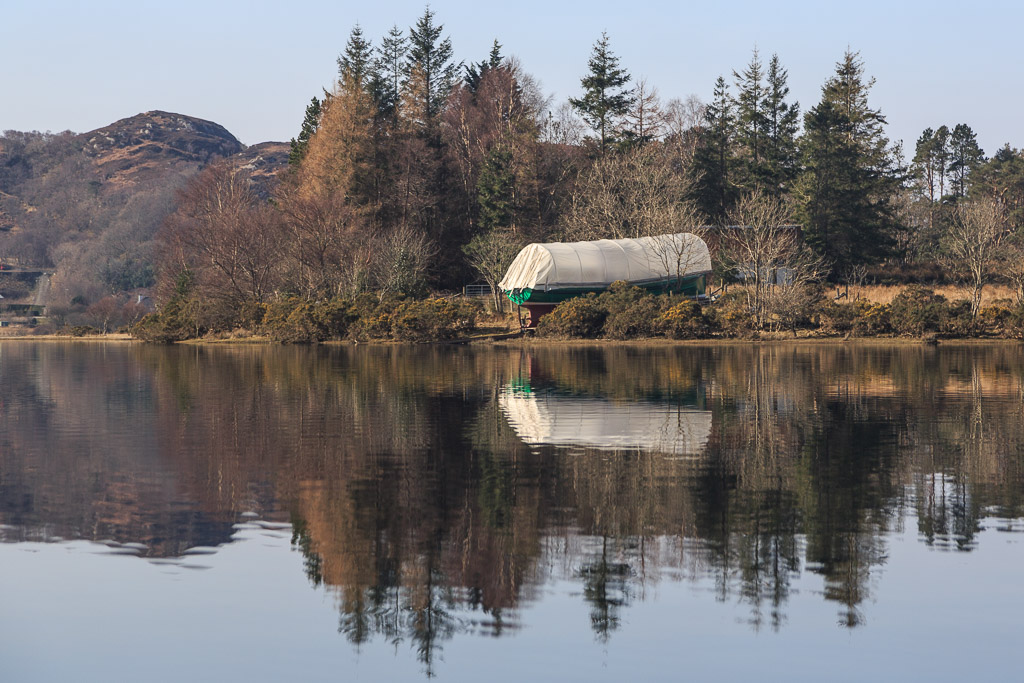 The current boat service is operated by Loch Shiel Cruises from end of March until beginning of October. The MV Sileas spends the winter at Moss, on the opposite side of the loch from Acharacle. 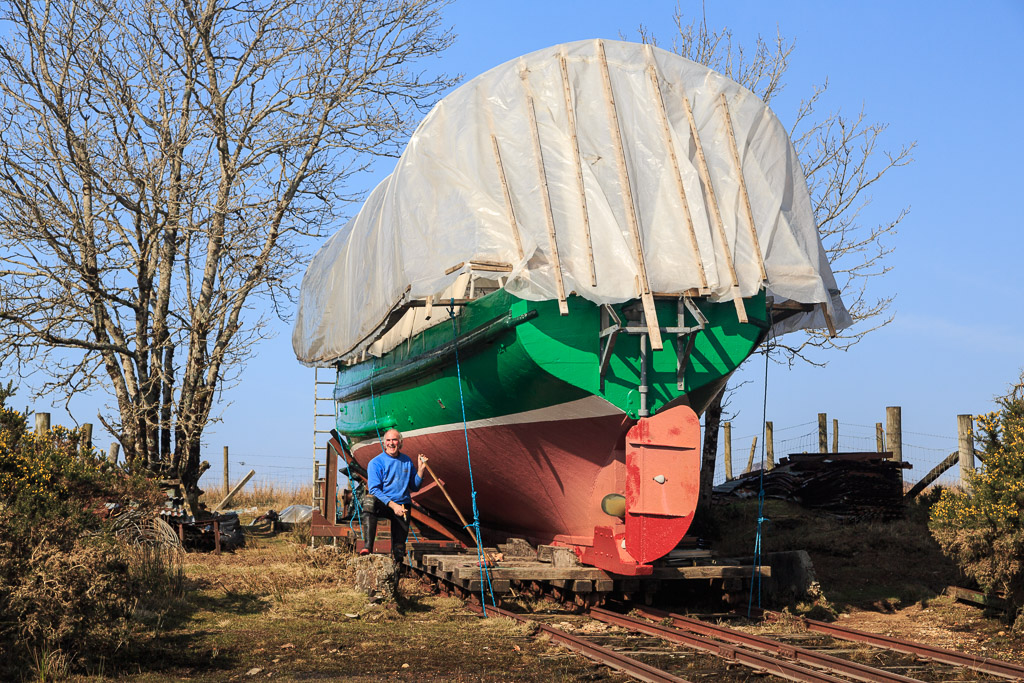 We had an enjoyable chat with Jim Michie who has run Loch Shiel Cruises since 1998. He was getting the MV Sileas ready for her annual inspection prior to her summer season. She was built in 1940 at Rosneath as a harbour launch for the Royal Navy. She is 52 feet long and built very strongly of double diagonal teak on oak frames. and Jim told us a little about her history. In the summer her trips from Glenfinnan would be an excellent way to see the loch if you do not have a boat of your own.

Leaving Jim in the warm spring sunshine we realised that we had passed imperceptibly from the loch to the river, from the mountains to the lowlands and from winter to spring. The current in the River Shiel was now carrying us towards the sea.
Posted by Douglas Wilcox at 8:22 pm No comments: