Stornoway lifeboat is in good hands. 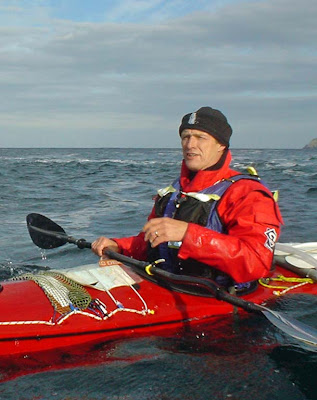 Murdo (Murdy) Campbell is not only a member of Stornoway Canoe Club, renowned for his unsupported open crossings to Hebridean outliers such as Sula Sgeir and North Rona, he is also cox of the Stornoway lifeboat. He and his stalwart crew brave some of the most extreme conditions in UK waters to rescue mariners in distress. 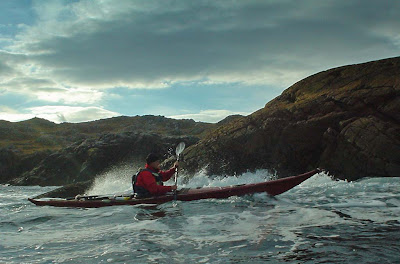 At the Stornoway Storm Gathering it was an honour to paddle with Murdy and a pleasure to watch him calmly manoeuvre his Nordkapp HM through the gnarliest white stuff, laced with rock, at the mouth of Loch Roag. 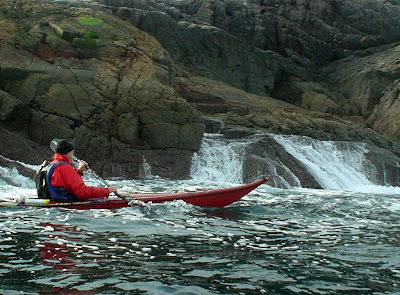 He has a modest, unassuming manner which belies his achievements but which inspires great confidence in those around him. His reputation has even spread to distant seas. 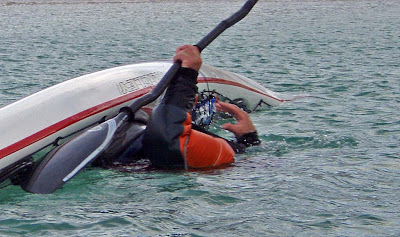 If I needed to be rescued I cannot think of a more welcome sight than to see the likes of Murdy and his crew. As a seafaring group, we sea kayakers should be grateful for and support the charitable work of the RNLI. (Photo by Clark Fenton.)
Posted by Douglas Wilcox at 2:11 pm 7 comments: