Run out of line but in line with the code, on Ailsa Craig! 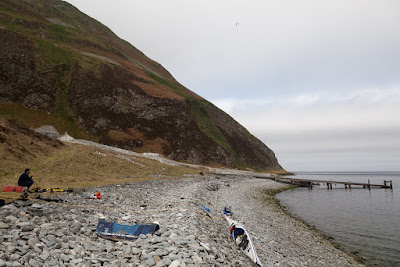 We had landed on the north side of Foreland Point on Ailsa Craig, near the old pier. 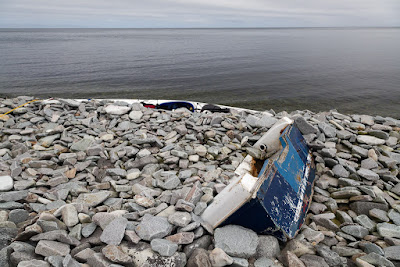 This old wooden boat had had a rougher landing than we had. Only its transom was showing above the granite boulders. She had clearly seen better days. 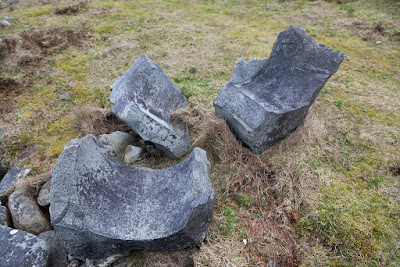 We had landed near one of the old quarry workshops. It was here that they cut cylinders of granite from the quarried rock. These were exported to be made into curling stones. 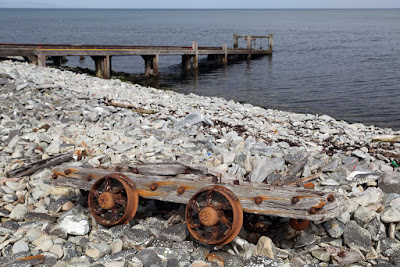 A light cable powered railway took paraffin and coal to the lighthouse and gas works and brought the granite blocks to the shore. This old bogey has run out of line and ended on the beach. 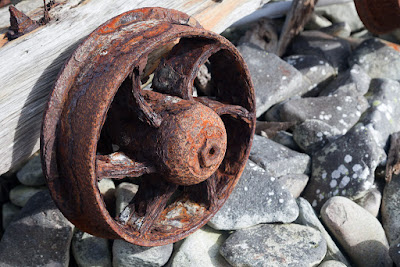 Its rusting wheels would turn no more... 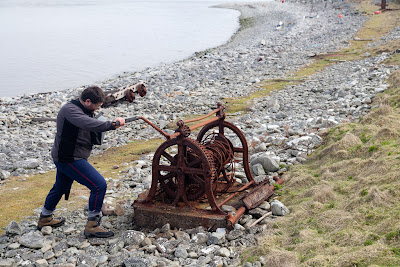 ...but Jim did manage to get a fee degrees out of an old hand winch. 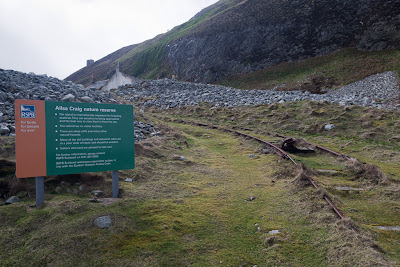 The RSPB now have the lease of Ailsa Craig. Their sign says "RSPB Scotland welcomes responsible access in line with the Scottish Outdoor Access Code". Excellent, you can't say fairer than that, so we set off to explore responsibly!
Posted by Douglas Wilcox at 7:00 am No comments: