Time for tea with the Old Man of Rum and a fine pair. 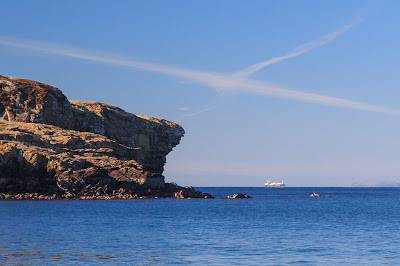 Under a saltire sky we approached the cliff at northern boundary of the beach at Samhnan Insir. It is formed of pre-tertiary Torridonian sandstone and has weathered into... 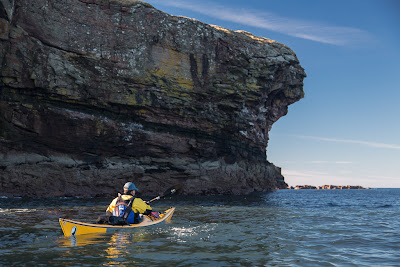 ...the remarkable features of a face, known as the Old Man of Rum.

The northernmost point of Rum consists of shallow sandstone ledges which project far out from the land. The swell provided some entertainment as we were distracted by our first sight of distant Canna. This was to be our destination the following day...or so we thought. 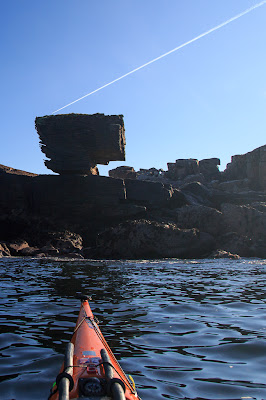 Approaching Kilmory we came to this amazing sandstone boulder, which had weathered into a... 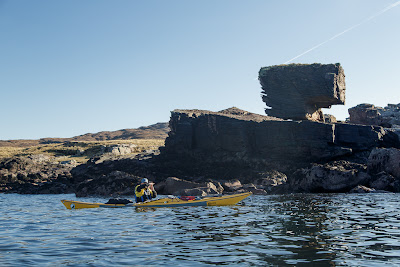 ...fantastic T shape. We pondered upon the cataclysmic forces that must have wrenched this great stone from the very bosom of the Earth. 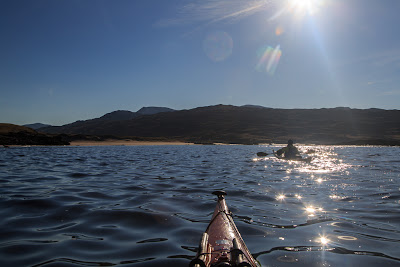 As we approached Kilmory Bay we came across... 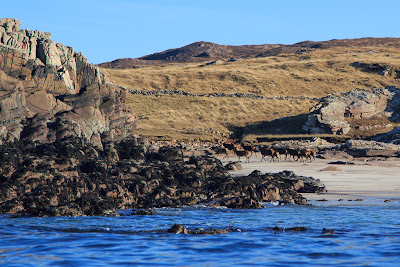 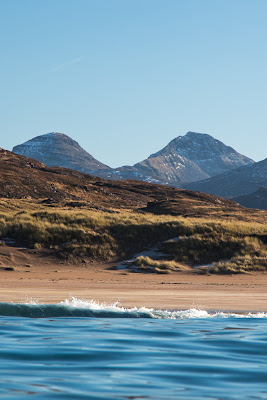 Again we waited patiently outside the surf zone, admiring the heaving and fine pair of summits, Hallival 723m and Askival 812m, until... 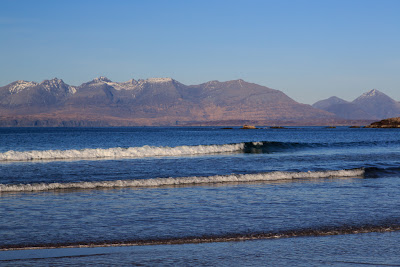 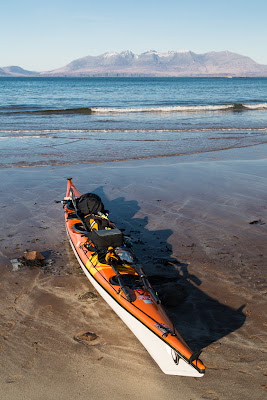 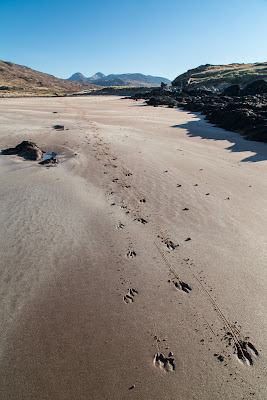 It was now time for tea and some 10 year old Jura on this stunning beach. Meanwhile the deer returned to their grazing at the far end of the bay.
Posted by Douglas Wilcox at 7:00 am 2 comments: