The stirring sound of moving water in the Cuan Sound. 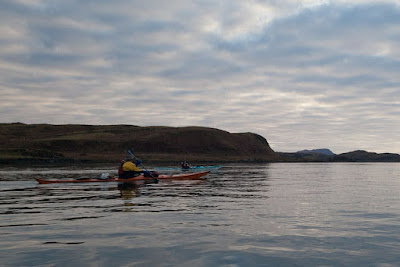 It was now three hours after the start of the spring flood tide and our course took us in a dog leg, round the north end of Torsa and into the Cuan Sound. We had told Phil that there might be a little slope (several feet or so) but there would not be any whirlpools (Phil has an unaccountable aversion to whirlpools). 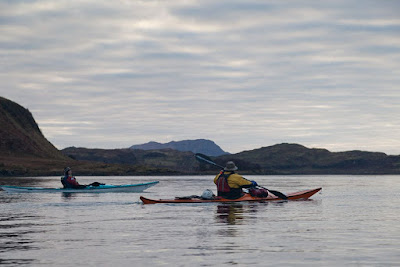 At the entrance of the Sound, the skerry of An Cleiteadh, constricts and dams the waters before they accelerate and turn through a right angle into the main body of the Sound. I knew that Phil had got suspicious, when he asked "What's that roaring noise?" Jim explained it was just a little stirring of the waters and described paddling down "the V" to him as we all slid down the slope. As I was paddling quite hard to get my sinking stern out of a big rotating hole in the water, I overheard Phil say to Jennifer, "He can't fool me, that's a ****ing whirlpool!*" 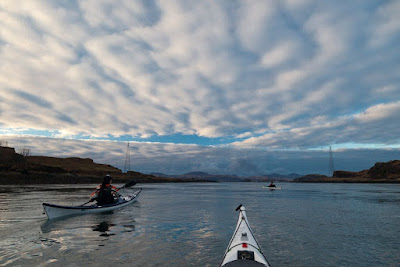 Then we shot through the body of the Sound. 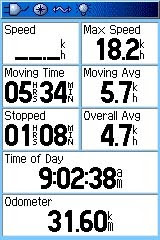 I know the photos look a bit tame, I obviously didn't risk my camera on the bouncy, swirly bits but the GPS showed we hit 18.2km/hr... 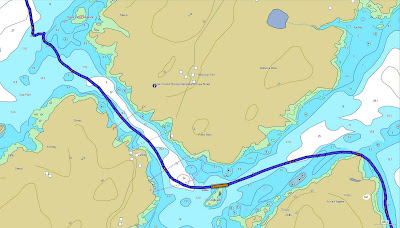 ...just to the north of An Cleiteadh rock! 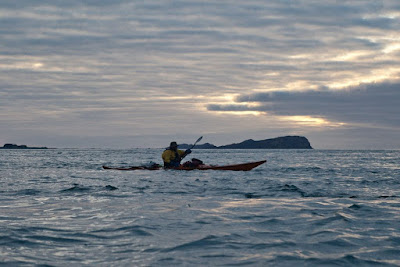 There was some more excitement at the exit of the Sound and we took a slight detour to savour some little overfalls. Both Jim and I got our faces wet.

*swirling whirlpool!
Posted by Douglas Wilcox at 7:00 am 2 comments: