Lost buoys and a green ferry in East Loch Tarbert. 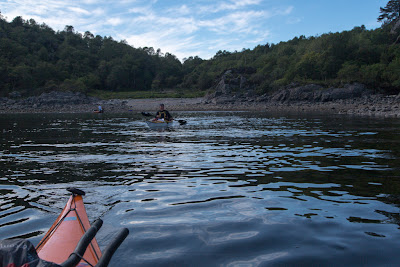 It was nearly 5pm before we left the cove at Port Ban on the north side of East Loch Tarbert. As we left, two local boys in a boat were scouring the coastline and collecting lost fishing buoys. 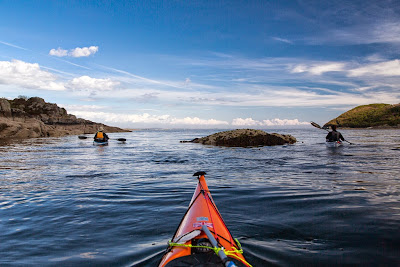 We now paddled out towards the mouth of East Loch Tarbert but had to keep clear of... 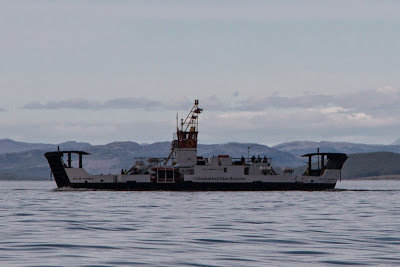 ...the ferry from Portavadie which was making its way in.The Tarbert to Portavadie route is one of the more recent of the Scottish west coast ferries as it was established in 1994. This is the MV Isle of Cumbrae has been the main vessel on the route since 1999 and she can carry 18 cars at a time. She is due to be replaced by the new MV Lochinvar which was built at Ferguson Shipbuilders at Port Glasgow on the Clyde. The Lochinvar is powered by diesel electric hybrid technology with Lion batteries which will make it one of the most efficient ferries in the fleet.. 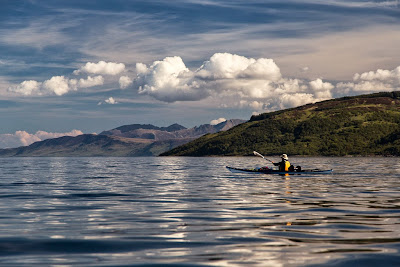 As we approached the mouth of East Loch Tarbert the mountains of Arran came into view. The air was crystal clear and we prepared for a wonderful crossing.