Google maps, short by an Insh! 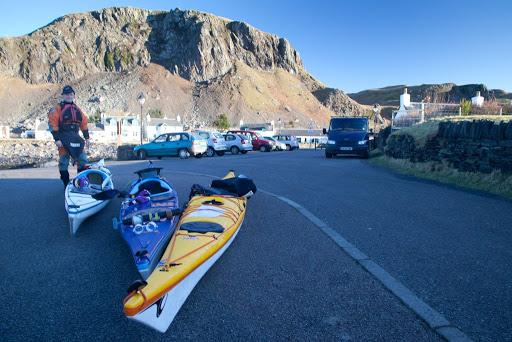 Back in early February, we found ourselves all ready for another adventure. After an early start, we were ready to launch at 0915 from Ellenabeich on the island of Seil in the Firth of Lorn. 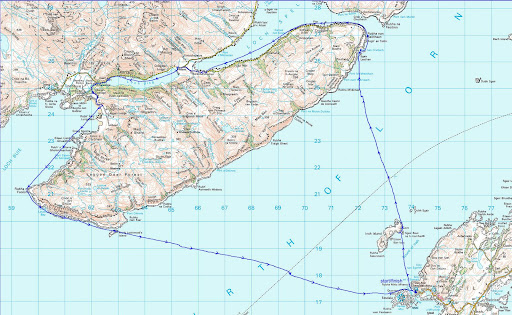 We had in mind a bold route for a short winter's day. It would take us 44km across to the island of Mull into Loch Spelvie, portage into fresh water Loch Uisg then portage into Loch Buie. The final 24km leg would be done without landing and would involve crossing the Firth of Lorn at night with an ebb tide to contend with. 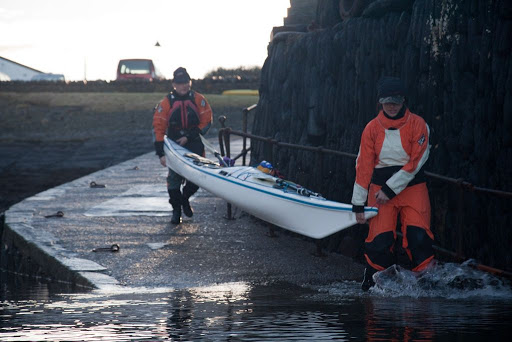 We chose to launch from the Easdale ferry slipway because of my bad knee. Normally we launch down a rocky beach from the large car park to the north of here. You do need to be quick to keep out of the way of the ferry as it only takes a few minutes to cross back and forwards. 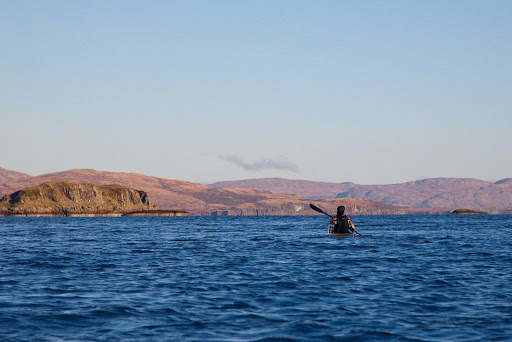 We were bound first of all for the north end of the rocky little island of Insh. Sadly neither Insh nor the neighbouring Garvellachs and Slate Islands seem to be important enough to be shown on the otherwise excellent Google maps!!

Looking to the south west there was a wonderful prospect down the Sound of Insh. The bold outline of Scarba with the Slate Islands in front, then more distant Jura. Nearer at hand the Garvellachs with distant Islay behind then finally the steep eastern slopes of Insh. 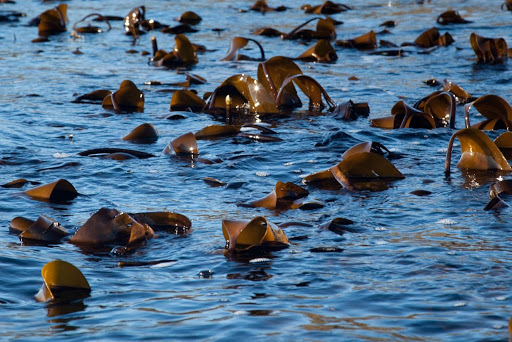 As we approached Insh the ebb tide became stronger and we rested for a while in a kelp bed behind a shallow reef... 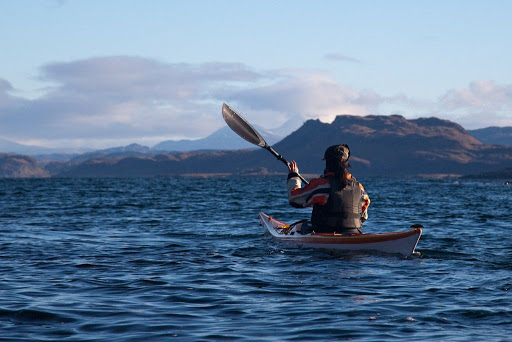 ...before a final sprint, under the distant mountains of Argyll... 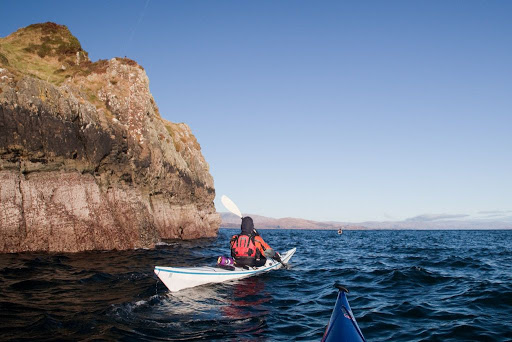 ...took us to the rugged red rocks of Insh.

Google Maps really don't know what they are missing!
Posted by Douglas Wilcox at 10:08 am 2 comments: