FPV Minna slowly emerged from the fog like a mini Bismark 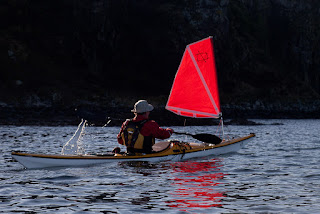 From Bracken Bay we followed a line of cliffs towards the south and the fishing village of Dunure. 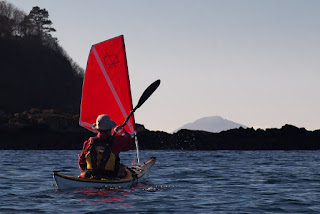 Ailsa Craig slowly rose over the reefs ahead as we were carried south by fair wind and tide. 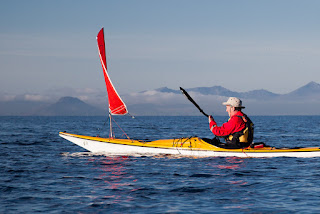 The sea fog round the coast of Arran and Holy Island slowly lifted... 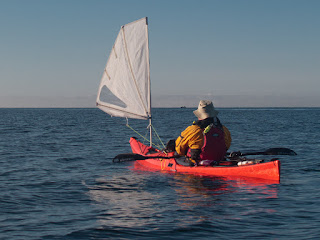 ...revealing many of fishing boats on the horizon including FV Atlas and FV Deliverance. (Photo Philip Toman.) 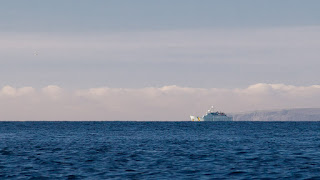 I hope they were not exceeding their quotas because the fishery protection vessel FPV Minna slowly emerged out of a bank of fog like a mini Bismark. Her grey camouflage  paintwork and general appearance gave her a threatening appearance out of all proportion to her size. I later noticed that she had not been transmitting her position on AIS... It is just as well she relies on stealth as, apparently, she is slower than many fishing boats!
Posted by Douglas Wilcox at 6:51 pm 2 comments: