The mystery of the goats of Reisa an t-Sruith 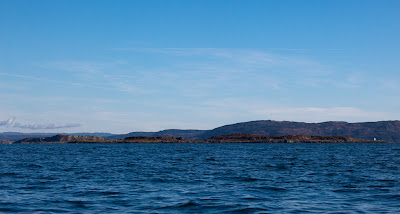 We now were on a course back to the Dorus Mor and Crinan but first we had to clear the north end of tiny Reisa an t-Sruith. Its name means something like the race of the torrent. 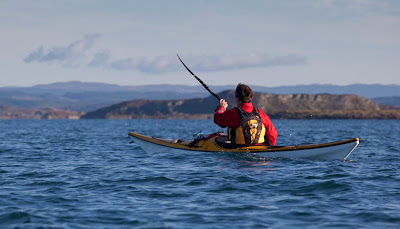 Initially we were carried north but very quickly the ebb started carrying us south and we just scraped past its north end under the eye of watchful goats. How they got out here I can't imagine. Either goats are very powerful swimmers with a built in ability to understand tides and ferry angles or they were brought by man. I can understand sheep being left on small islands until they grow for market, but goats? 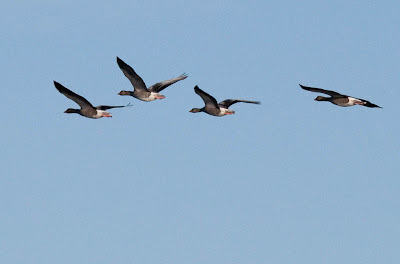 Overhead, these pink footed geese seemed to know where they were going.
They will recently have arrived from their summer grounds in Spitsbergen Iceland or Greenland. If they get the weather right it does not take them long. This year a mute swan with a GPS tracker took 14 hours to cover 800km from Iceland to Scotland. 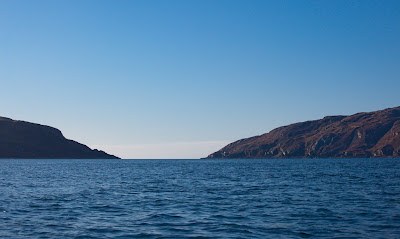 Rounding the top of Reisa an t-Sruith, we took a quick look back at the Gulf of Corryvreckan before we were swept onwards to the Dorus Mor.
Posted by Douglas Wilcox at 10:29 pm No comments: