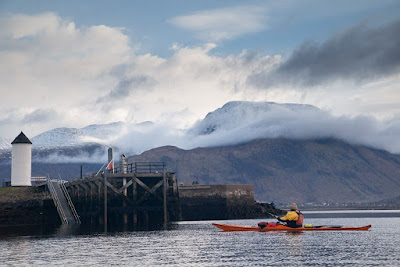 We had come to photograph Ben Nevis (1344m) and were not optimistic, given the thick cloud that had enveloped the upper slopes of Scotland's highest mountain during our approach. From November to January the mountain's summit is in the clouds for 80% of the time. So we could not believe our luck when a weather window opened and the summit and magnificent northern corrie were revealed.

The great northern corrie of Ben Nevis provides some of the finest rock and ice climbing in Scotland. 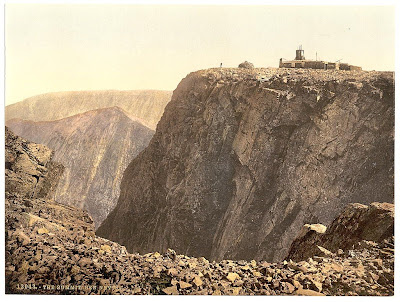 Photo from Library of Congress collection.

A weather observatory was built on the summit of  Ben Nevis in 1883 and hourly observations were made until it closed in 1904. It was designed by the lighthouse engineer Thomas Stevenson. He also invented the Stevenson screen to protect meteorological instruments in exposed places.  The observatory had a wooden tower to allow access when the building was buried in snow. 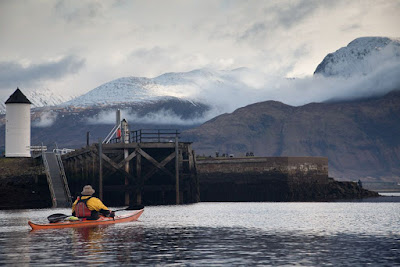 Corpach Pier was constructed between 1804 and 1806 to service the entrance to the Caledonian Canal, which was finally completed in 1822. A ferry connected Corpach to Fort William, which lies at the foot of Ben Nevis. 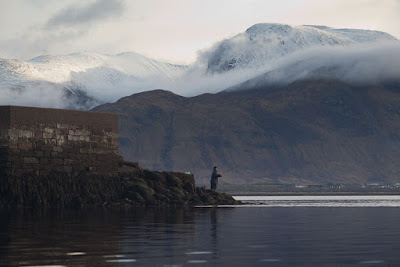 In the 1850's steamers began to bring tourists from Glasgow and Corpach developed as a tourist resort.
Posted by Douglas Wilcox at 7:00 am No comments: