Evolution of the species on Boreray. 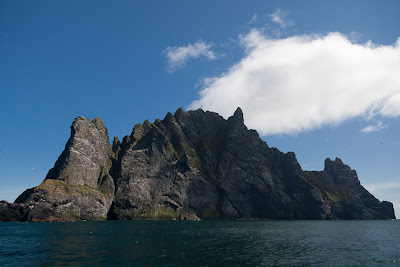 After sweeping round Stac an Armin we aproached Boreray from the NE. What a superlative sight! It was like a great stegosaurus rising up from the ocean. We half expected to see pterodactyls swooping round its rocky pinnacles... 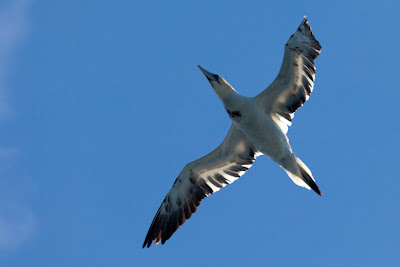 ...but they had all evolved into gannets! 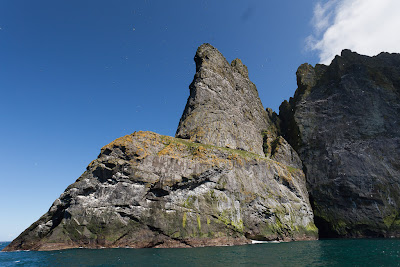 Murdani now took the Cuma through the narrow gap between Boreray... 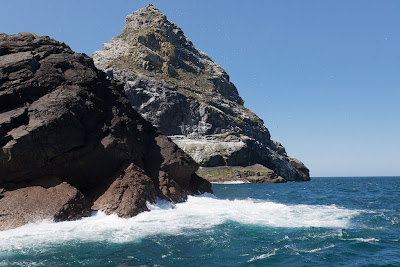 ...and a pair of small unnamed stacs which lie between Boreray and Stac an Armin. The chart encouragingly annotates this channel "no passage, even for boats"... 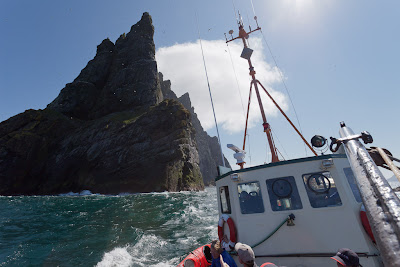 ...but Murdani has fished for crabs and lobsters in these waters sine the '60's and  knows these waters better than any chart maker! We wondered why Murdani stayed in the Cuma's wheelhouse... 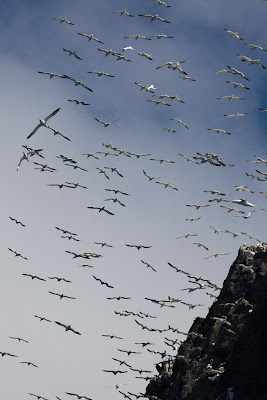 We were also astounded by the number of gannets. These are very hungry birds that have a highly efficient digestive system, to cope with the prodigious amount of fish they catch... 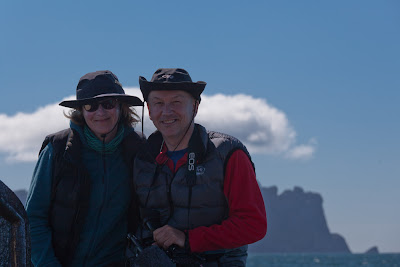 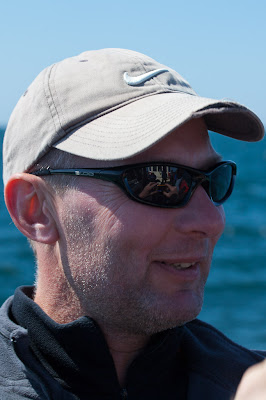 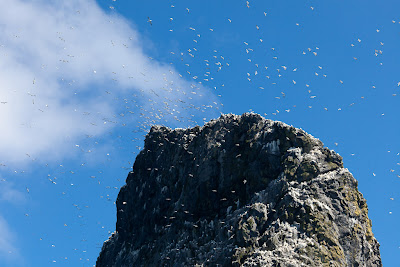 All were agreed, it was as well that despite 2,500million years of evolution, elephants have not learned to fly like gannets 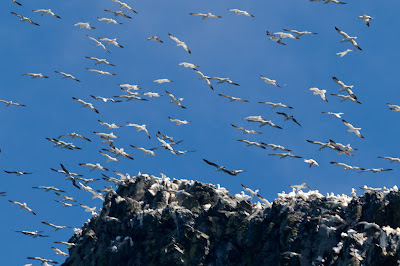 It was humbling to see so much teeming bird life. They lived in a city in the sky.. 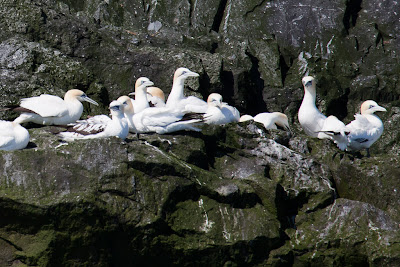 ...each pair guarding  their own piece of ledge. 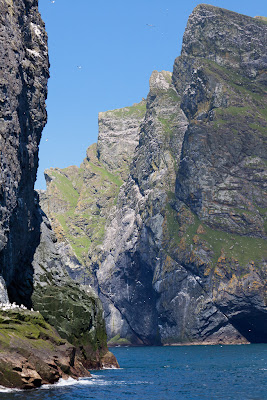 Cuma now motored close in to Stac Lee, with Boreray behind. 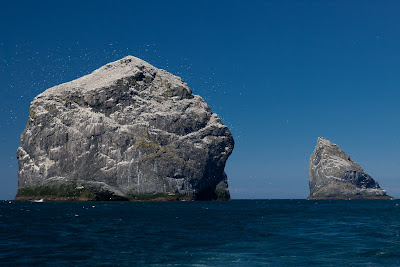 Sadly our encounter with the stacs was nearly over, the scale stunned our senses. It was a long time before I could get both Stac Lee and Stac an Armin in the same shot...

...and even longer before I could squeeze Boreray in as well. Archaeologists have recently found signs of permanent buildings and agriculture on the steep slopes of Boreray dating back to the iron age!
Posted by Douglas Wilcox at 12:04 am 2 comments: