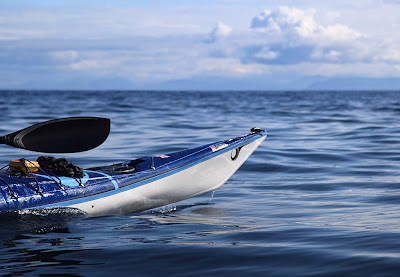 The P&H Cetus is a superb sea kayak and I am very fortunate to have one on loan for a long term test (and I guess P&H might be hoping for a few photos of it in the magazines (watch out for it in Ocean Paddler #17)!

So far I have only paddled it in flat water conditions, so a full test will need to wait until later. One problem, that did mar its otherwise excellent performance, was ease of skeg adjustment. This was a brand new boat but, straight out the wrapper, the skeg adjuster was so stiff that my daughter could not use it. I managed to move it but it very nearly broke my thumb. It was almost impossible to raise the skeg from the fully down position, when the slider is right at the back of the adjustment slot. I know that this is not an isolated case as a quick Google search will confirm several other reports, also here, here and here.

P&H have developed an all new skeg adjustment system for their most recent kayaks. Previously P&H, like many manufacturers, used a wire cable to positively move the skeg both down and up. These work great but if a stone jams the skeg up and you force the cable down, it bends and kinks where it is exposed, either at the adjuster or above the skeg. P&H have attempted to circumvent this weakness of cable skegs by developing the old elastic/rope idea.

Basically the new system works with a piece of shock cord pulling the skeg down against a thin cord pulling it up. The cord is attached to a slider with a ratchet to stop it being pulled back down. To lower the skeg, you first press forward the ratchet release with your thumb and then allow the slider and the skeg to move back and down. 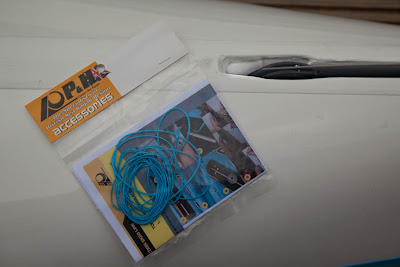 I told Tim at P&H about it and he said that they were aware of the problem and had just released an upgrade kit with a replacement thinner cord to reduce friction. 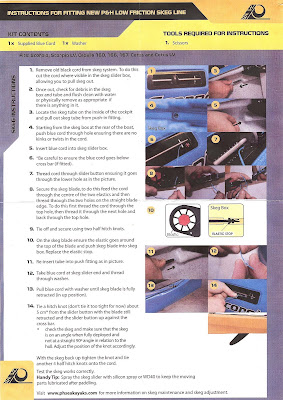 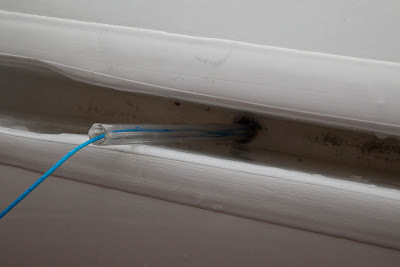 Basically cut the old cord at the slider then pull the skeg out of the box. Next tie the new thin cord onto the skeg in place of the old one then thread the cord up the outer skeg adjuster cable . This proved to be very difficult as the line is relatively flexible and the hole is at the top of the skeg box. I solved this problem by threading the line through an empty Biro pen casing, as a guide. I then removed the guide before I tied the line to the skeg. 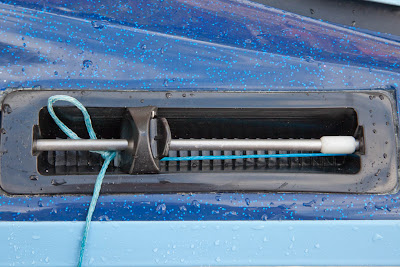 Next you thread the line through the hole in the slider, pass it through the small plastic washer supplied in the kit and tie a knot in the line. Was this a cure? Well no, it might have been a little easier at the front of the track (left in the photo)... 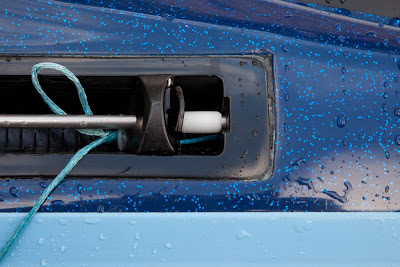 ...but when the slider is at the back of the track, the hole in the slider does not line up with the hole the cord emerges from and there is a lot of friction. I got back to Tim and was very pleased that the P&H development team had not only already discovered this too but had even developed a workaround: the white plastic widget. As you can see prevents the slider moving right to the back of the track. Tim sent one up the next day. 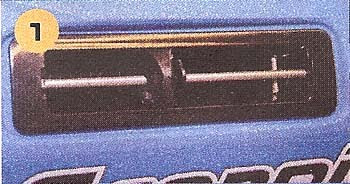 He also told me that recent production boats had been modified by adding a short vertical bar to stop the slider moving right back.

So was this a cure, resulting in a silky smooth action? Unfortunately not, my daughter was still not strong enough to move it despite a liberal application of silicone spray, as recommended in the instruction sheet. 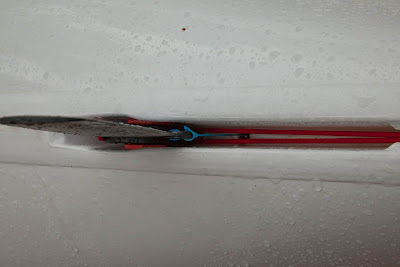 As supplied, this Cetus came with a piece of 4mm shock cord 50cm long (shown in red). With the slider fully back (again as supplied) the skeg was pulled down by the elastic to about 80 degrees to the keel. This resulted in a huge tension in the shock cord and the attachment point of the blue uphaul cord on the skeg did not give enough leverage to overcome it. I replaced the shock cord with a piece 75cm long. 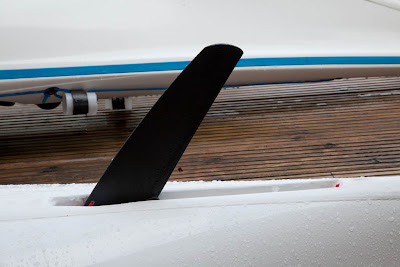 Next I tied the knot at the slider end of the blue cord a bit short, so that the skeg only came down to about 45 degrees to the keel. (The P&H upgrade kit instructions recommends this angle.) These two changes have resulted in much less tension in the shock cord when the skeg is down as far as it is allowed.

Simon Willis made a video with Doug Cooper describing the operation of the new skeg system for the P&H website. Tellingly, Doug starts off by saying "There's a definite knack to using it though".

There is a another video which shows the assembly and operation of the skeg system here. So has this cured the problem? Well it is much better but I noticed that there seemed to be a lot of friction on the axle, about which the skeg rotates. If you look at the photo above, you will see a red plastic nut on either side of the skeg. These nuts screw into one another and as supplied they gripped the skeg quite tightly. I unscrewed half a turn and this loosened the skeg off and also resulted in the outer faces of the red nuts being a tighter fit in the skeg slot (previously there was a tendency for the axle end of the skeg to fall out of the slot).

Now I have a system that works well for me, but my daughter says it still hurts her thumb, especially when trying to move it forward from the fully down position. I am also concerned about how any sand might add friction to skeg rotation.

Taking my daughter's complaint seriously, I now dismantled the system again and checked everywhere for friction. I noticed that the slider is a very tight fit in its V channel and there was considerable scoring on both the upper and lower channel faces (remember this is a boat that has only seen 4 days use). I noticed that if you pushed the slider near its mid line (where the steel rod runs through )that it is easier to move than if you push it off centre where the ratchet release is. Again I contacted Tim and he told me that they were also aware of this and had now developed a new low friction slider but unfortunately it would not be possible to retrofit it to existing boats.
Tim told me that they were aware that the overall problem was caused in some kayaks by lots of little bits of friction, at different points in the system, adding up. He also told me that P&H were committed to getting the design right and I have every confidence that they will.
What are my conclusions? Well first of all P&H are to be congratulated on trying to develop a better system than the existing wire skeg control which can be nearly impossible to repair in the field. Secondly, they are to be congratulated on speedily working to develop solutions to problems that have developed in their new design. However, the skeg on my Quest still works much more smoothly than my now finely tuned Cetus skeg, which I have spent two days adjusting. This is more time than I have spent maintaining a Quest cable skeg over 7 seasons and a Quest LV cable skeg over three seasons. I am certainly not going to let this put me off the Cetus, which in 4 days paddling has so far proved to be an outstanding performer and I can't wait to get out in her again. 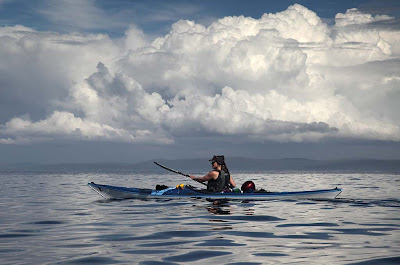 However, even with its skeg in a finely tuned state, well rinsed and then sprayed with silicone, my daughter says she would prefer to paddle her own boat. So it looks like for now, P&H will need to put up with photos of her in the Quest LV rather than the Cetus.
Posted by Douglas Wilcox at 3:56 pm 33 comments: