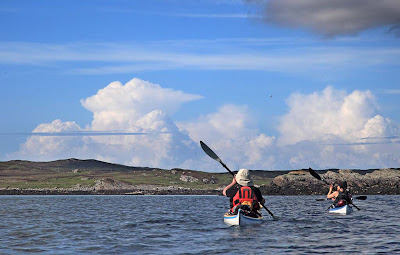 The SE coast of Coll has many inlets and it was a joy to explore them rather than go from headland to headland. We were still in sunshine while great anvil headed cumulonimbus clouds grew and towered over the distant mainland. 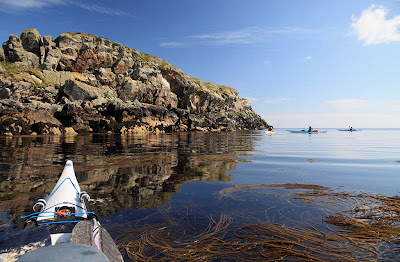 Some inlets were in dead ends but the light in Port Dubh was just wonderful and completely belied its Gaelic name which means "dark harbour". 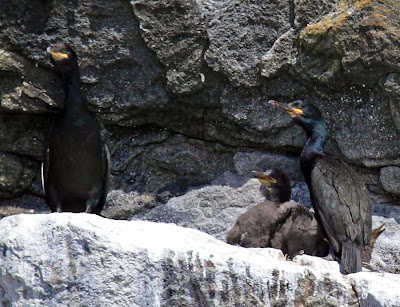 If we hadn't explored this little inlet, we would not have found this cormorant family, sunning themselves in the late afternoon sun. 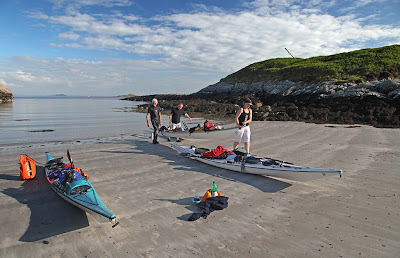 All this exploration meant that the hours had passed rather too quickly. It was now 19:10 hours and we decided to pull into the little inlet behind Gharbhaird (rough point) for a break. The ground support team carried the boats while I watched. We then prepared a small evening banquet which was washed down with more red wine and followed by some excellent mature Stilton cheese. In case anyone is concerned about our fitness to paddle, we were all considerably more upright and upstanding than the submarine telecommunications cable marker post on the Aird behind!