Gunfire, a lost Queen and a wreck in Kirkcudbright Bay. 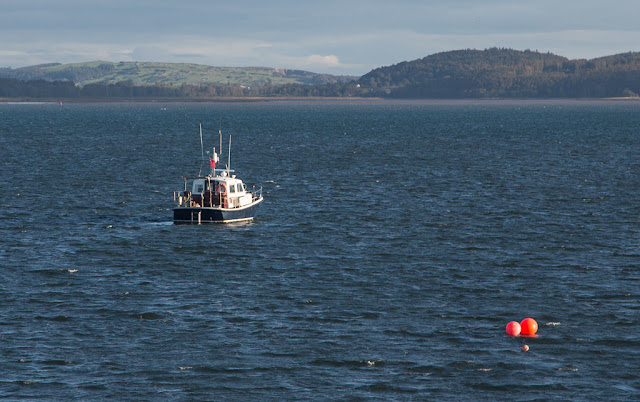 As we made our way back to the beach at the north of Little Ross Island we could hear the sounds of guns of various calibres coming across the water. They were being fired at Dundrennan Firing Range (or Kirkcudbright Training Centre as it is now called). I had called the Range Officer on 07786 126151 (manned 24 hrs) prior to our departure so I knew the range would be closed and it would not be possible to continue east round the coast. The Range Safety boat, the Gallovidian III, was already moored off the north point of the island. From previous experience I knew that her skipper Gary McKie would up anchor and motor close inshore as soon as he saw us. So Ian called him up on Channel 16 to let him know our intended route, which was well away from the range. 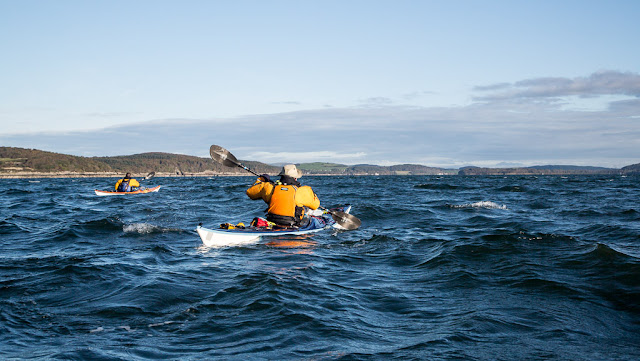 After a cheery wave from the Gallovidian III we set off against a stiff wind up the west side of Kirkcudbright Bay. 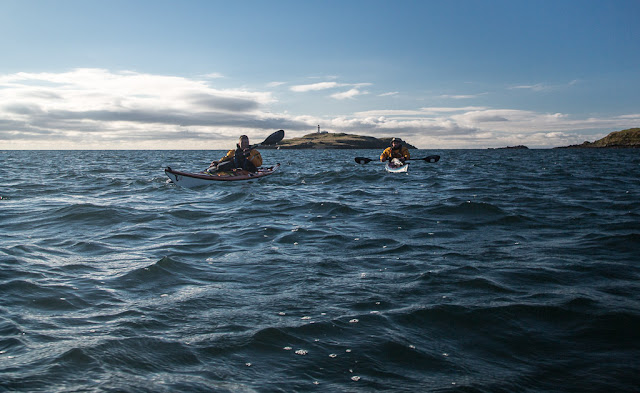 Little Ross slipped astern as the flood spring tide assisted us against the wind.

Once clear of the range, we crossed the bay to the wooded shores of St Mary's Isle. An Augustinian priory was established here in the 12th century. Mary Queen of Scots stayed at the priory in 1563 while enroute to Dumfries from Kenmuir Castle near New Galloway. Legend has it that her party was benighted as they approached Kirkcudbright. Her escort was disinclined to risk her safety in the town's inns so they made their way here. In 1568 Mary came this way again after her defeat at the Battle of Langside near Glasgow. She spent her last night in Scotland at nearby Dundrennan Abbey before fleeing to England by boat from Port Mary and capture by Elizabeth I of England.

The lee of St Mary's Isle was a great place to catch our breath. 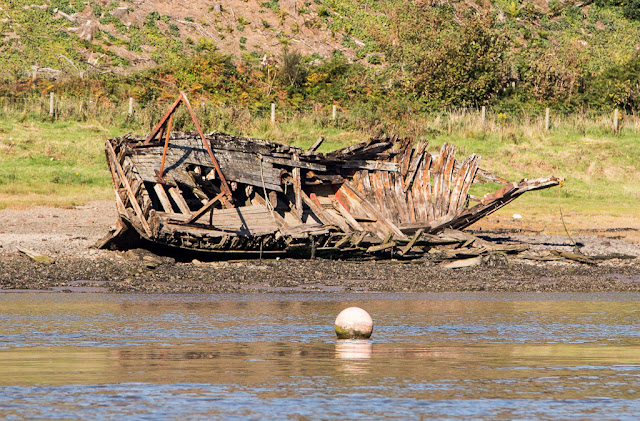 Further up Kirkcudbright Bay near Gibbhill Point we came across the wreck of this old wooden trawler. It had seen better days.
Posted by Douglas Wilcox at 10:25 pm No comments: