Gob smacked by the fine scenery at the mouth of Loch Fyne. 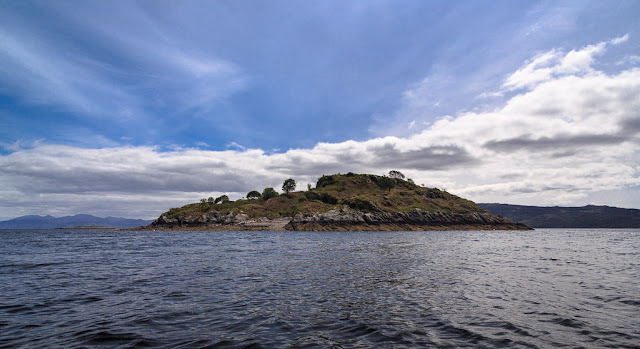 NW of Portavadie we came to a delightful number of islands. This isle is Eilean a' Bhuic. It lies off the beautiful... 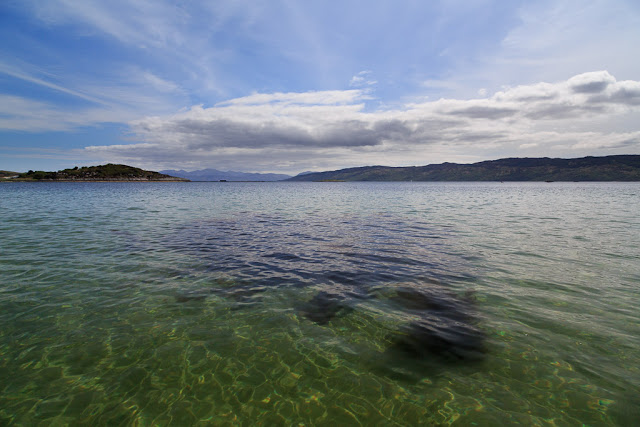 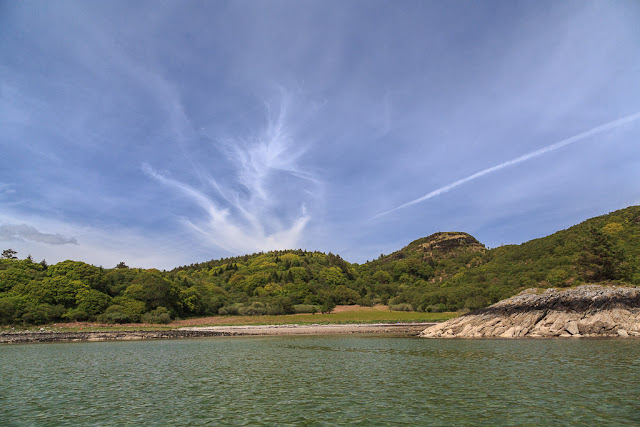 ...verdant wooded hills above which a pair of eagles were gliding on a thermal. 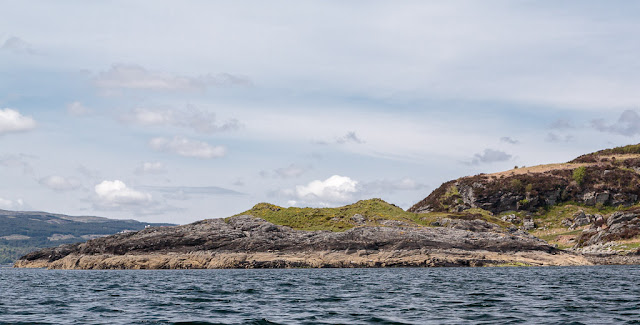 Further north we came to all that remains of a great Iron Age dun called Caisteal Aoidhe which sits atop its little tidal island. Most people would not look twice at it but once you have an eye for such relics they are easy to spot. 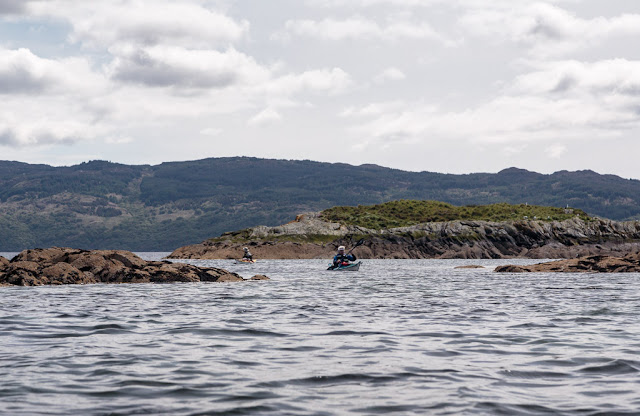 Another isle, Eilean Buidhe, is surrounded by a maze of... 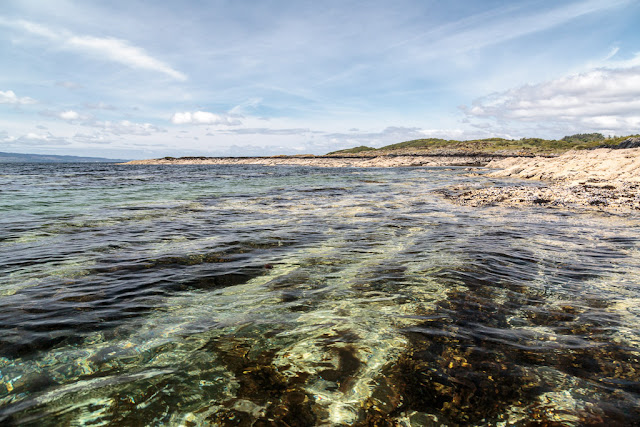 ...low lying reefs and submerged skerries in which a colony of seals can be found. 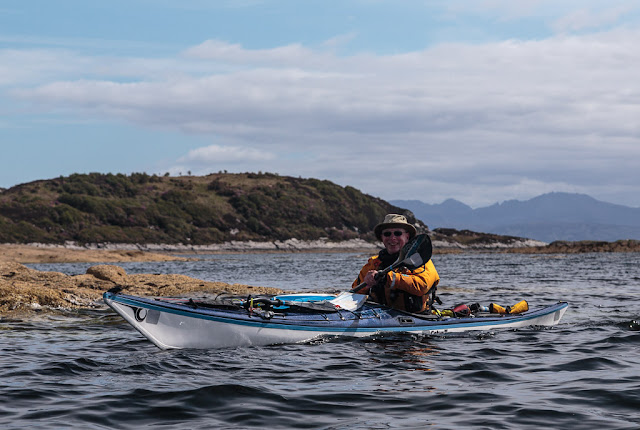 As we paddled deeper into the confines of Loch Fyne we left the open waters of the Sound of Bute and the mountains of Arran far behind. We came to many bays and inlets. Loch Fyne is a great location for yacht racing and... 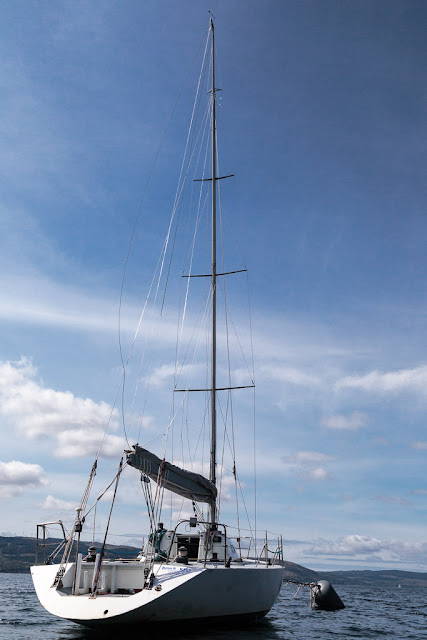 ...in one remote bay we came across this racing yacht with an impossibly tall mast. 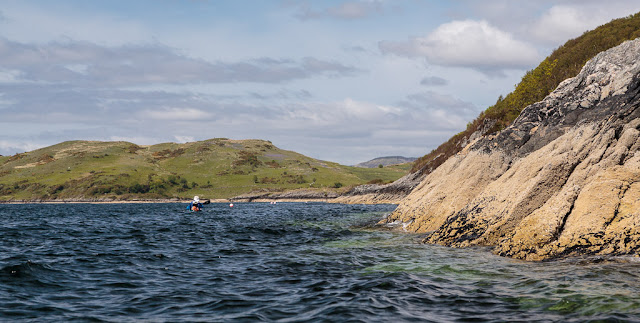 Between the bays the coast of Loch Fyne is characterised by bold rocky headlands that plunge steeply into the sea. Loch Fyne is the largest sea Loch in Scotland and was cut by a huge glacier. Just off this headland south of Auchalick Bay, the loch is 150m deep. 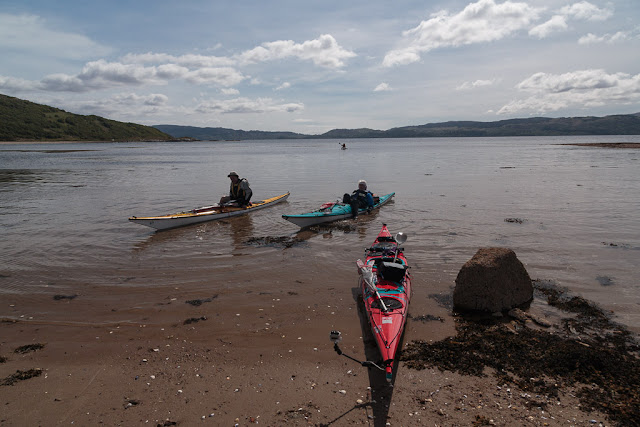 Auchalick Bay proved to be an ideal stop for third luncheon and a snooze in the sun... 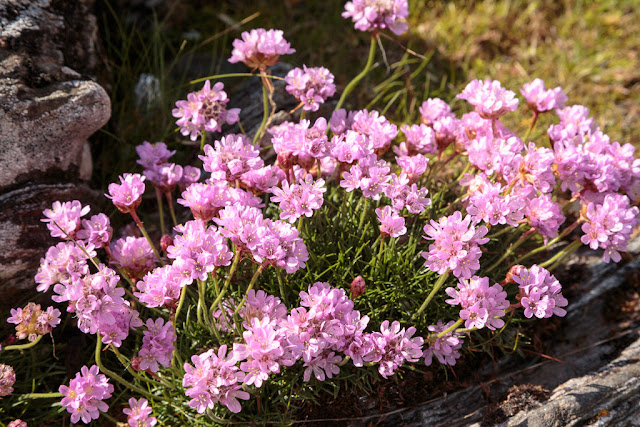 ...on the rocks above the sands. The sea pinks were in full flower. 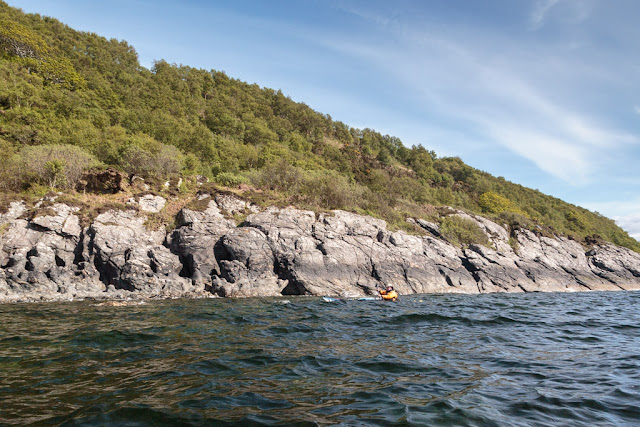 Further north we passed further rocky headlands such as this one at... 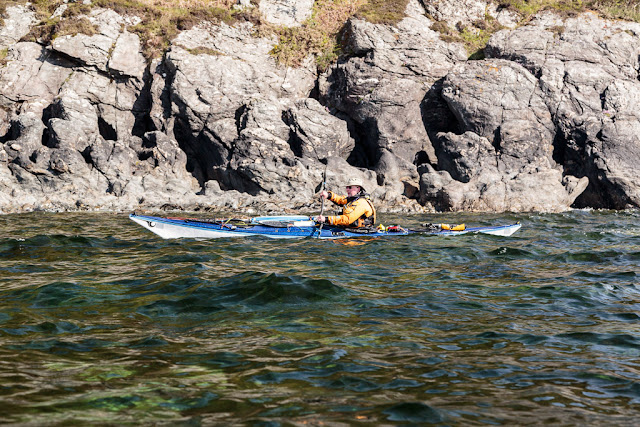 ...the wonderfully named Gob a' Bharra. 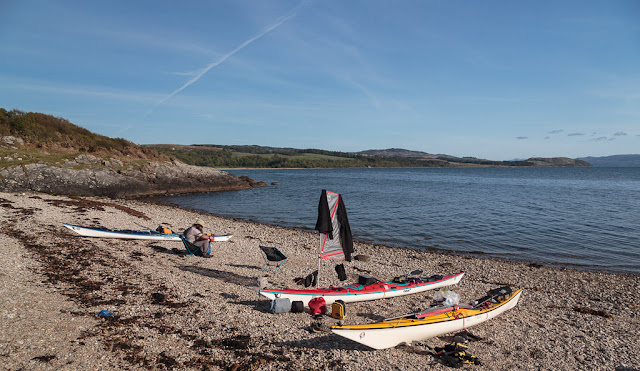 After a long and tiring, day involving three luncheons, we made landfall for a camp at Kilfinan Bay. The site was sheltered from the northerly wind by a headland and we were soon perspiring. While the others set up their tents, I went for a quick swim which certainly cooled me down.