Playtime before some action at Dunagoil. 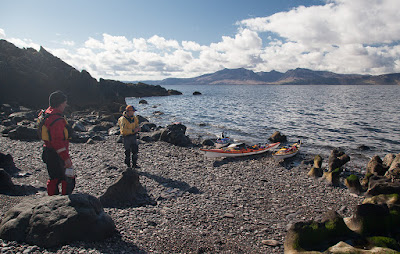 We landed in a tiny inlet to the north of Garroch Head with an amazing view over to the Glen Sannox mountains of Arran. 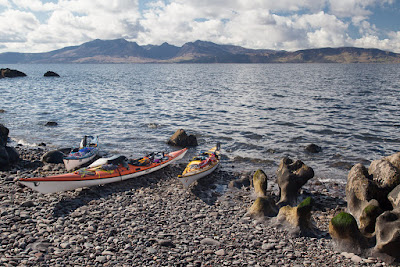 The bed rock at the side of the bay had eroded into weird pedestals, some had a tiny basin of water in the top. 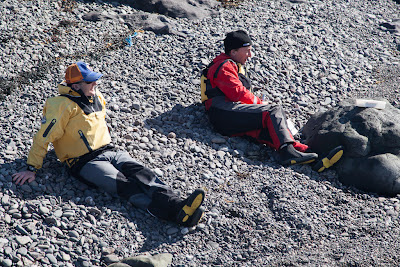 As we lay basking in the unexpected sunshine... 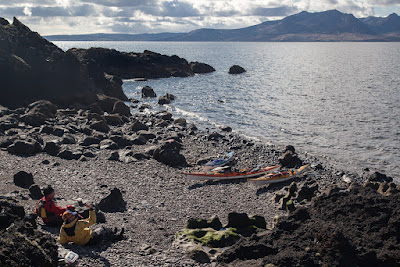 ...we developed a new pastime, trying to throw pebbles into the bowls of water on top of the rocky pinnacles. 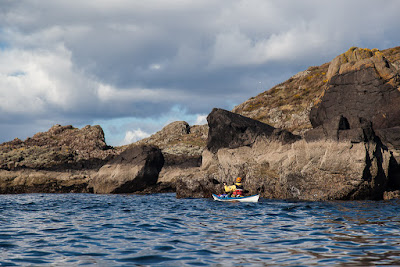 After our leisurely luncheon, we continued NW up the coast of Bute. 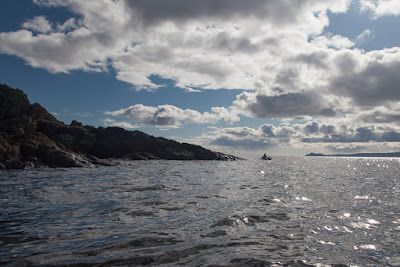 Looking back we could even see as far as Holy Island on the east of Arran. 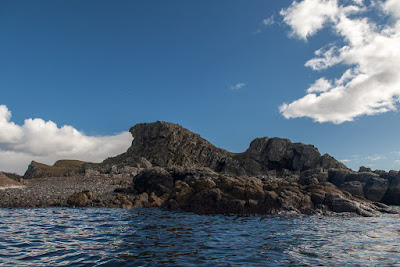 We arrived at the rocky Port Dornach which is situated under the overhanging site of the vitrified Dunagoil Iron Age hill fort. 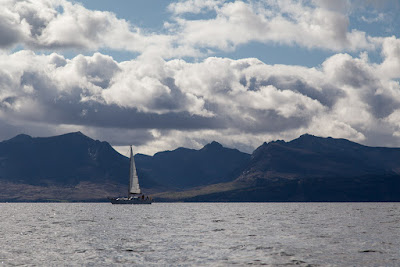 We were just pondering whether to land for a second luncheon when a yacht in the Sound of Bute began hoisting its sails. The wind had arrived and it was time for some action.
Posted by Douglas Wilcox at 11:55 am No comments: