Crisis on Gigha (or gie us a lobster). 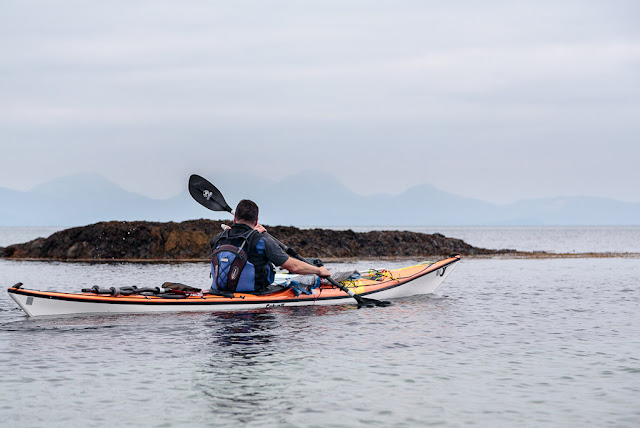 As we set off through the skerries to round the north end of Gigha, the Paps of Jura put in a very brief appearance. A rumble of engines...

...announced the passage of the MV Finlaggan on route from Islay to Kennacraig. 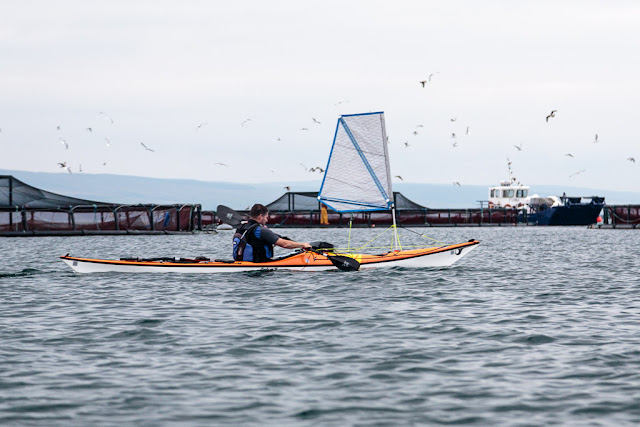 The NE coast of Gigha is dominated by two very large fish farms but... 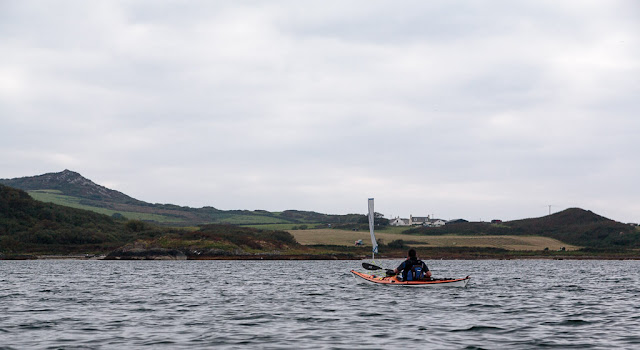 ...the views round East Tarbert Bay are still very fine. 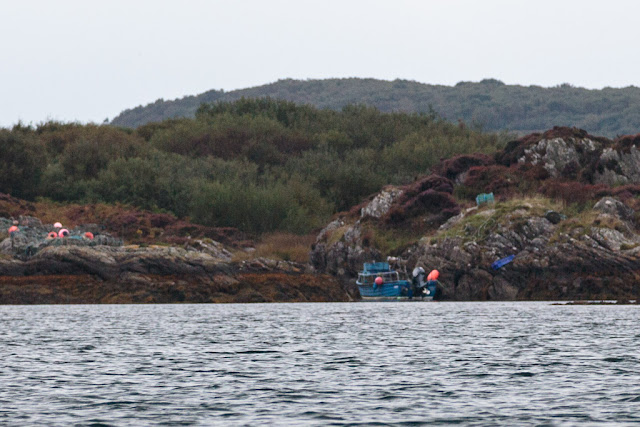 As we passed Port nan Corran (port of the point of land running far into the sea) we saw yet another small creel boat moored in its shelter. Its creels were stowed well above high water mark, the significance of which would hit us later... 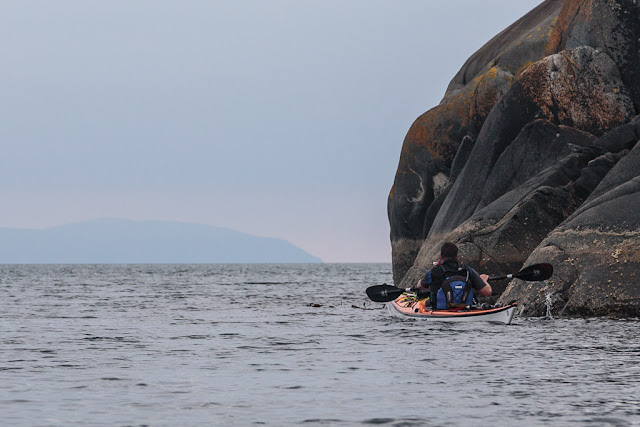 The east coast gets more interesting again at the bold rocks of Ardminish Point. In the distance we could see the sun glowing behind the Mull of Kintyre. Indeed as we were shrouded in grey, my wife was basking in the Indian summer sunshine on the Solway. 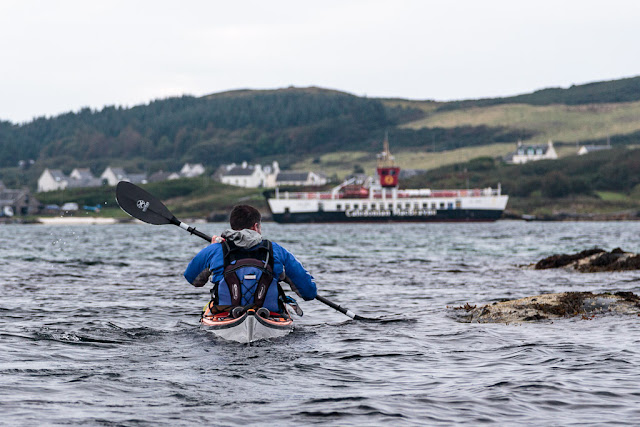 We now entered Ardminish Bay and timed our arrival so that we could cross behind the MV Loch Ranza... 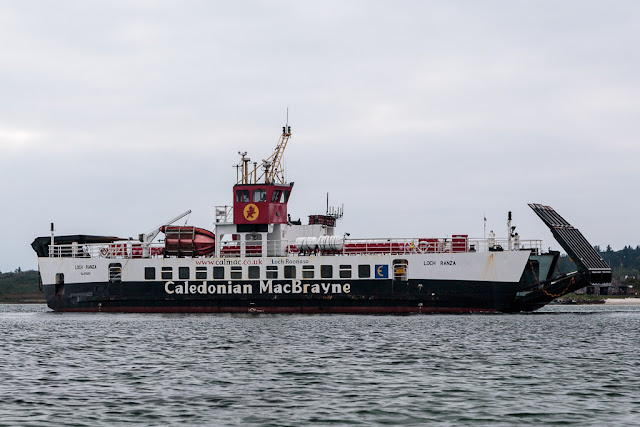 ...as she departed for Tayinloan on Kintyre. The captain gave us a cheery wave from the wheelhouse. 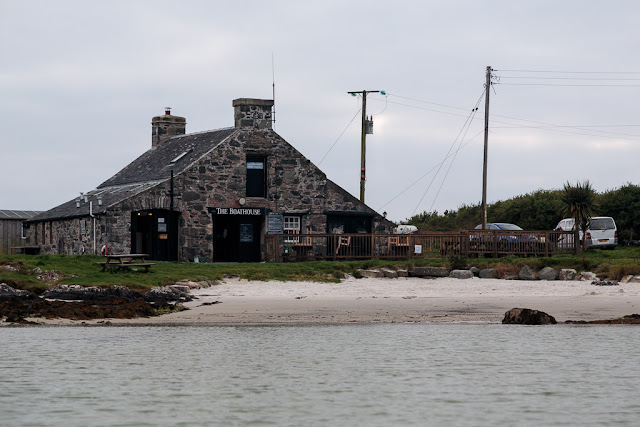 Beyond the ferry jetty lay our destination, The Boathouse where we had dined so well on our last visit. Its door was open and we were salivating with the thought of a brace of juicy Gigha lobsters! Unfortunately as we drew closer we saw that the sign said

We had missed it by one day!!! AAARRRGH! So we just had to sit on the picnic table and eat our own wraps with hummus, cheese, olives and grapes. Healthy enough but not in the same league as fresh lobster!

So all was not well on Gigha but we survived. The island is now owned and run by the community but all is not well with that either. Debt has increased but on the positive side so has the population, housing stock and employment. I do hope things work out.
Posted by Douglas Wilcox at 4:33 pm 2 comments: