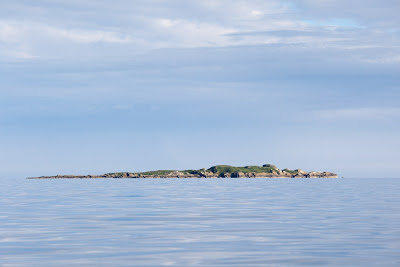 It was a beautiful calm June evening and I paddled out to an island...

...that was teeming with birds.

As I got closer, I drifted in the tide to avoid startling the birds. I was rewarded with the noise of the cormorant colony and the fishy smell of their guano. 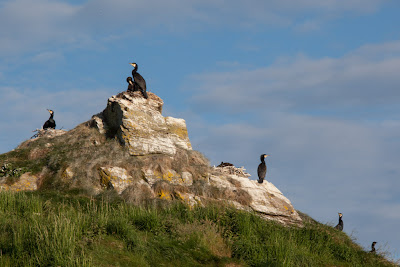 High rocks are favoured sites for their simple nests of sticks... 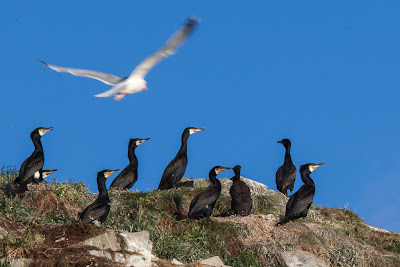 ...but the cormorants are under continual harassment by wheeling gulls... 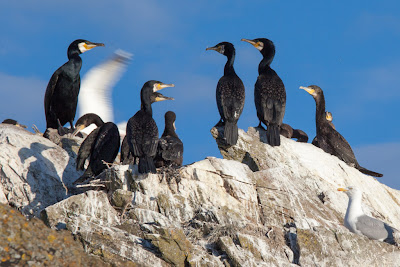 ...that will swoop in and snatch an egg or a chick in the blink of an eye. 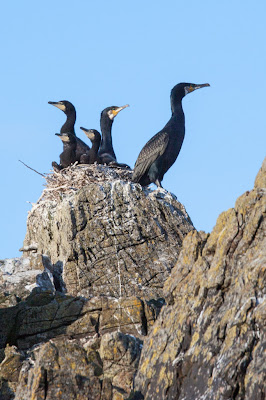 Despite it all, this pair had raised three chicks, which were now of a size to fend off gulls with their sharp beaks. 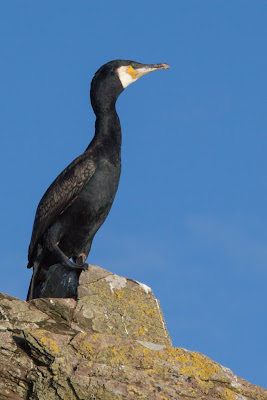 This was one proud parent. 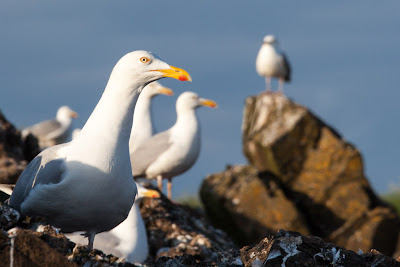 These herring gulls didn't have it all their own way. Indeed some of them weren't so smart. These ones made their nests and laid their eggs on the rocks above high water neaps. A week later, high water springs washed their nests away.

Last spring, the weather was much better. I saw a party on sit on top kayaks (without BAs) paddle right up to the colony then start shouting and clapping their hands to see the cormorants fly off. The gulls stayed put and swooped in clearing the rocks of cormorant eggs and chicks. So I was pleased to see so many chicks this year and felt privileged to have spent a little time sharing their world.
Posted by Douglas Wilcox at 7:00 am 3 comments: