A solitary perch on Whilk Isle. 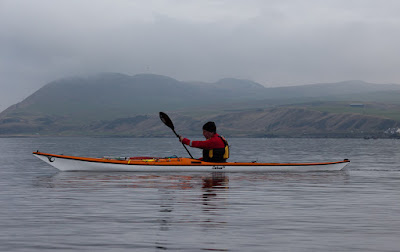 There was almost no wind when we finally left the beach at Lendalfoot about 1045 and paddled out round Big Isle. 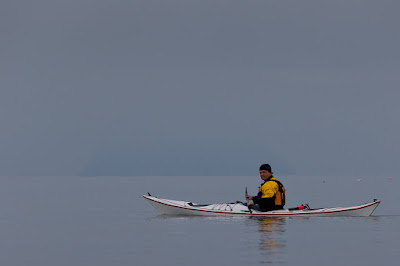 The visibility was rather poor and we could only just make out the outline of Ailsa Craig on the horizon. 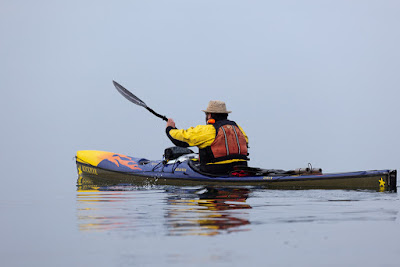 To the SW we couldn't see where the sea ended and the sky began. 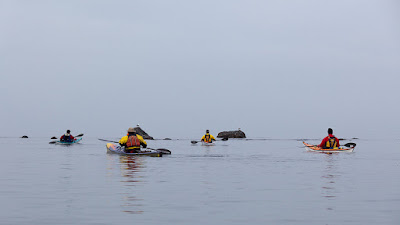 The reefs of Whilk Isle were submerging quickly as the flood spring tide flowed round... 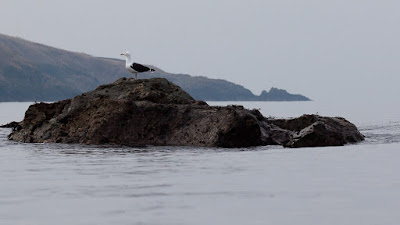 ...distant Bennane Head and threatened this gull's solitary perch.
Posted by Douglas Wilcox at 7:00 am No comments: