En route to Bute, in the mist. 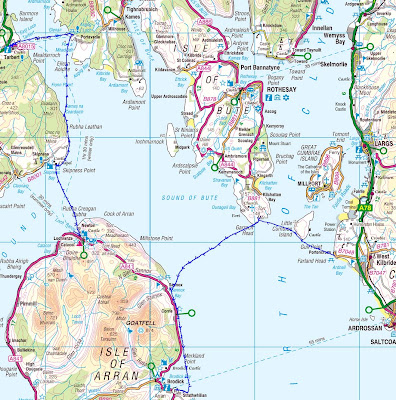 After our recent crossing from Loch Ranza on Arran back to Portavadie on the mainland, we thought it only decent to paddle back across to Arran. Our choice of route was from Portencross (to the NW of Ardrossan) over to Little Cumbrae then across to Bute, then across the Sound of Bute to Sannox on Arran and finally down the east coast of Arran to Brodick. The ferry would then take us back to Ardrossan where we had left a shuttle car. 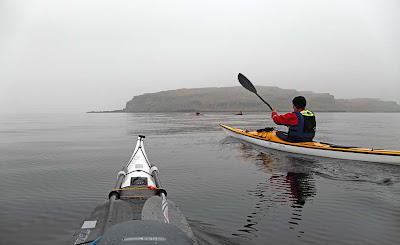 There was not a breath of wind when we left and we were half way across Fairlie Roads before Little Cumbrae loomed out of the mist. We kept a sharp ear open as we crossed the shipping channel as some of the biggest bulk carriers in the world frequent these waters. 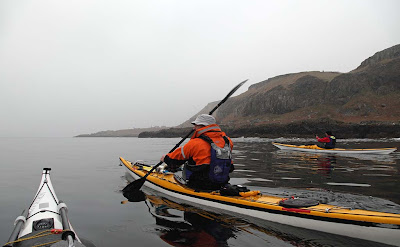 At gull point all the gulls were roosting with their heads under their wings. Perhaps they had heard about the forecast for a force 5 westerly by lunchtime! 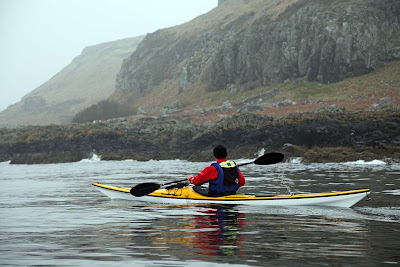 We made our way up the SW coast of Little Cumbrae before heading off on a compass bearing for our next destination, the as yet unseen island of Bute. Just as we were about to cross the shipping lane the thudding of a heavy engine announced the arrival of a bulk carrier which was making her way up the Clyde. We were pleased to let her pass. 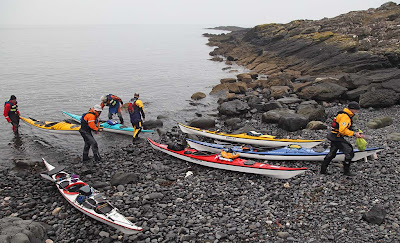 Our landfall on Bute was at the cobble beach of Port Leithne where we enjoyed a first luncheon. Of Arran, our destination, there was as yet no sign!