A swell time on the north coast of Scarp and Cearstaigh 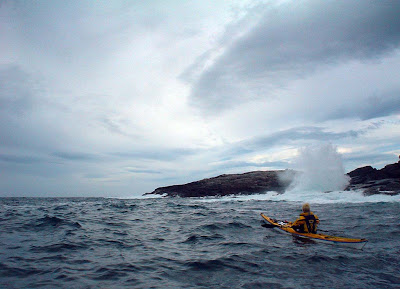 We cut through the gap between Scarp and Cearstaigh... 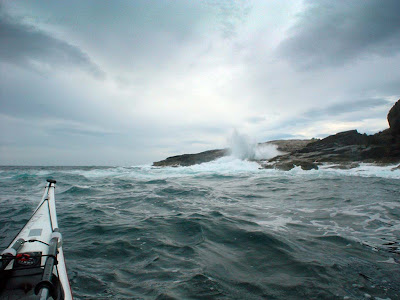 ...and emerged from the shelter of the sandy cove on the north coast of Scarp into somewhat confused water beyond. 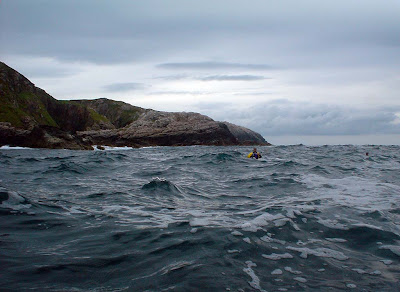 This was the open Atlantic and the swell was kicking up a fearsome clapotis off the dark cliffs. Note Tony's head (hull well down) to the right of Andy. 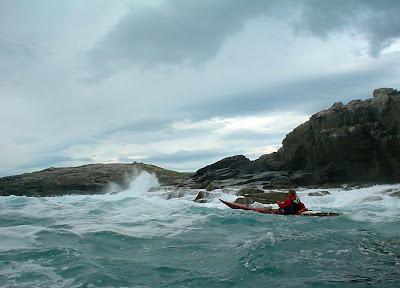 The only calm on the west coast of Cearstaigh was Murty's smile of quiet contentment! 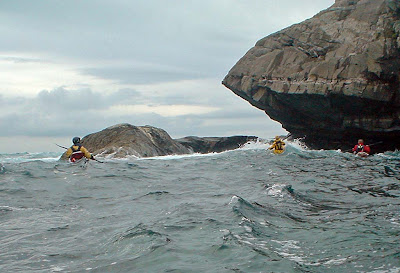 Swells surged in under a huge overhang... 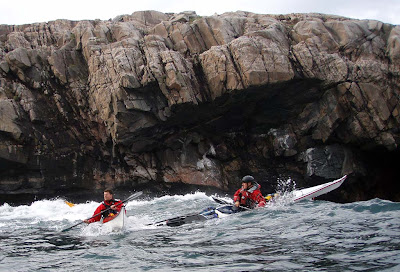 ... and in the rush to leave the premises some gel coat was struck asunder. After we were exhausted, we returned to the relative shelter of the gap and practiced rolling and rescues. Photo Clark Fenton. 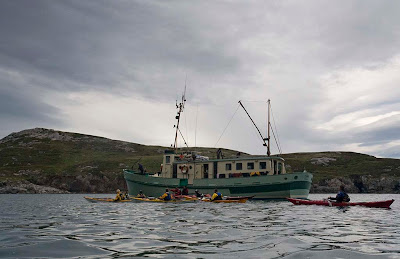 After loading the kayaks back onto the Cuma in the lee of Cearstaigh, Murdani took us back to Loch Roag for a second night in its shelter.