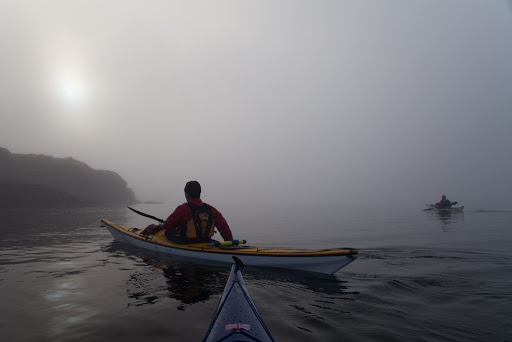 As we left Ganavan, fingers of cold, grey fog curled round us... 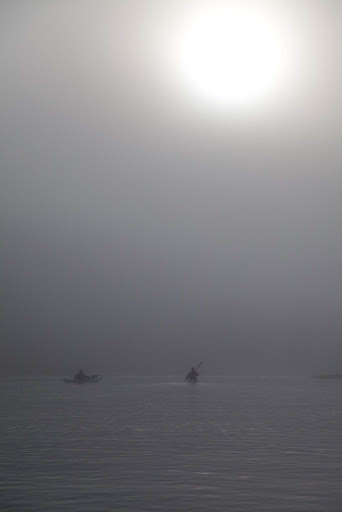 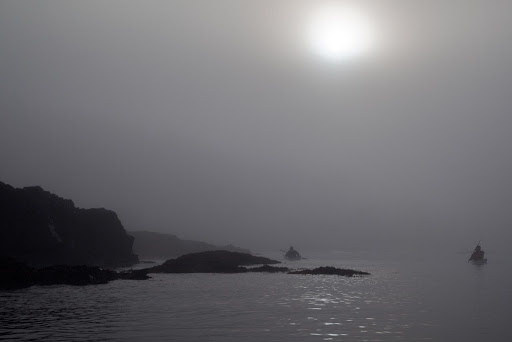 ... distorting distance and muffling even the sound of the Mull ferry's fog horn. 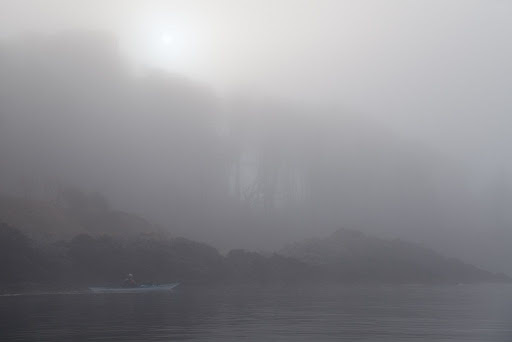 Even the solid outline of Dunollie castle was softened to little more than an ethereal shadow emerging from the trees above the shore. Although there has been a fortified site here since the seventh century, the current fortifications date from the 1200's to the 1400's. The castle was the seat of the Lords of Lorn, the MacDougalls. 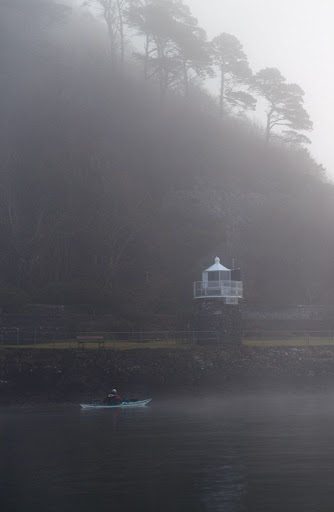 We followed the coast to the Dunollie lighthouse at the entrance to Oban bay. The light was established in 1892 and flashes twice every 6 seconds. There are white, red and green sectors. The lighthouse marks the narrowest part of the channel between the mainland and our destination, the island of Kerrera. The channel is only 200m wide but we could not see the far side. The Mull ferry has to navigate this channel and it was imperative that we should not impede it. We listened carefully to its foghorn. We decided that it was still a little way off and so we crossed quickly to Kerrera. We almost collided with its rocks before we saw them looming out of the fog. Behind us, the ship's tannoy advised drivers to return to the car deck for disembarkation.
Posted by Douglas Wilcox at 8:19 pm 3 comments: