Lots of boats on the commute to Bute. 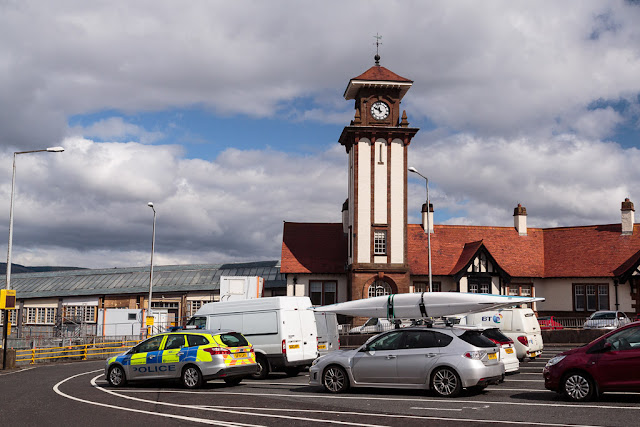 It wasa a bright Monday morning when Mike and I rolled up at the Wemyss Bay ferry terminal to catch the ferry to Bute. "Our commute to Bute" as we called it.

The mountains of Arran rose majestically above the low rolling ground of Bute. We did wonder if the ferry would arrive as one of the two ferries had burnt its turbo charger out just a few days before. 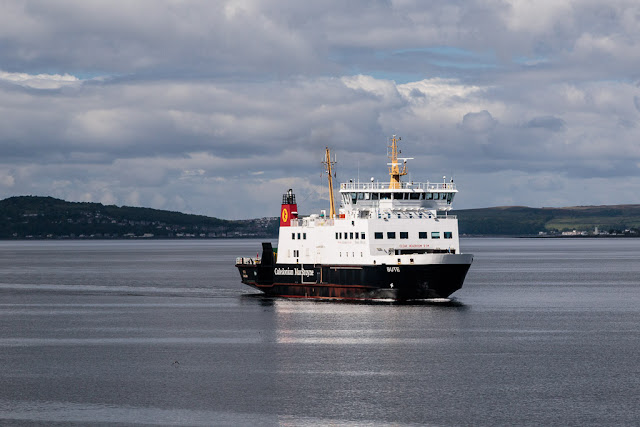 Fortunately MV Bute seemed to have made a good recovery and she arrived right on time. 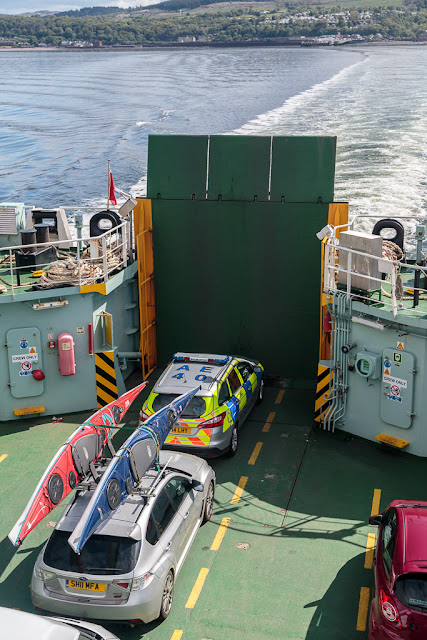 It was with great anticipation that we left Wemyss Bay on the 45 minute crossing to Rothesay in Bute. We then drove 20 minutes north... 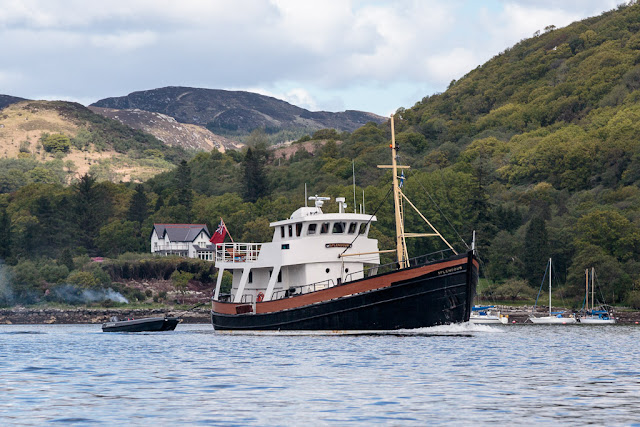 ...to Rhubodach near the head of the Kyles of Bute. The narrows were quite busy, several yachts passed before MV Splendour a converted 20m wooden fishing boat cruised down the East Kyle. She is the flagship of the recently formed Argyll Cruising company and this is their first season. I wish them great success. 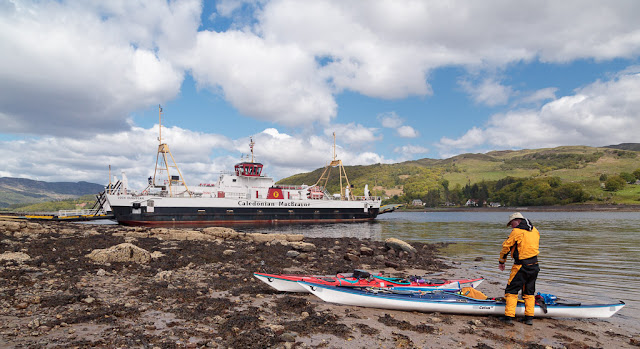 No sooner had Splendour cleared the narrows than MV Loch Dunvegan rolled up the slipway. She operates CalMac's shortest ferry route from Colintraive to Rhubodach, all 420m of it. 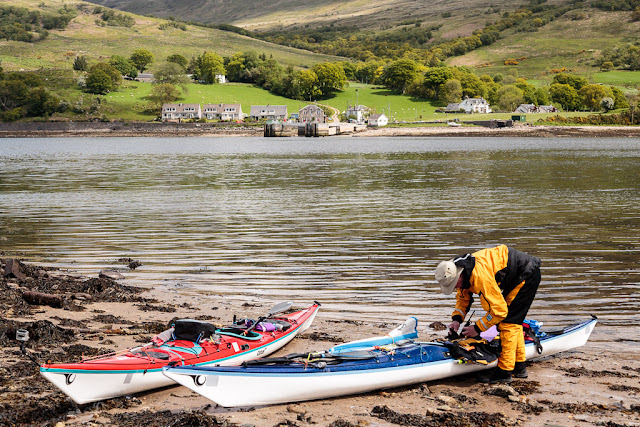 We wasted no time in getting ready and soon we were ready to set off on another mini adventure!