A UFO in the sky at night above Loch Tamnavay. 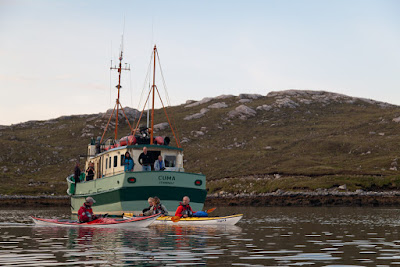 On arrival at the head of Loch Tamnavay several of us set off for a shakedown paddle on the loch. 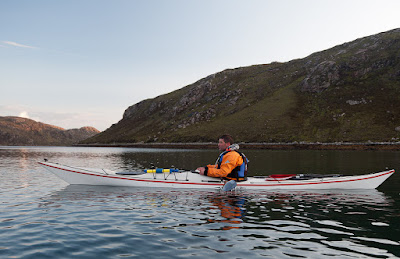 Ian quickly entered full smug mode, as he had been allocated Gordon's new Valley Etain. It will be worthwhile following Ian's excellent blog of our trip. Then you will be able to enjoy our voyages in full St Kilda Stereovision (tm)! 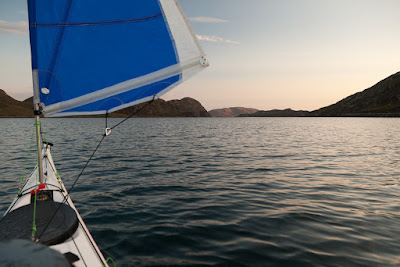 Although it was 21:45 hours, the mid summer sun was still shining on the distant hills of Scarp. 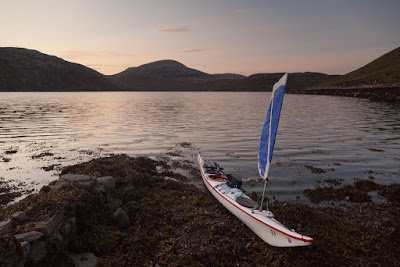 The beauty of the still evening was enhanced... 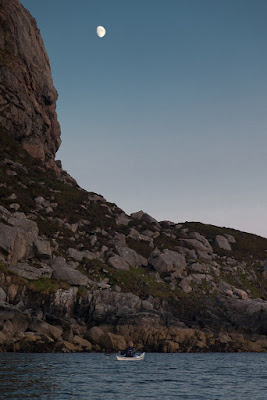 ...when the moon rose beyond the rocky  slopes of Aird Beag. 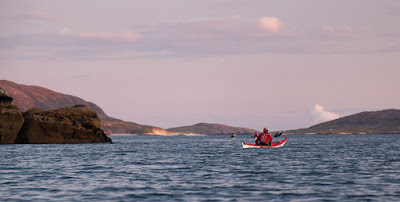 We paddled out of Loch Tamnavay into the open expanse of Braigh Mor... 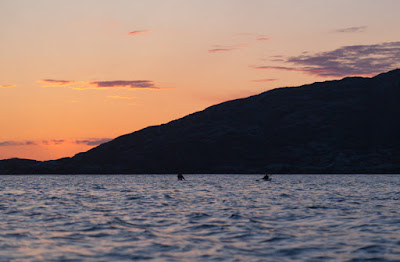 ...then entered little Loch Tealasavay as the sun was setting. 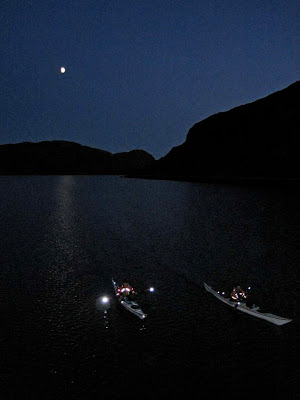 We then paddled back to the Cuma in the moonlight. (Photo of myself and Ian by Gordon.) 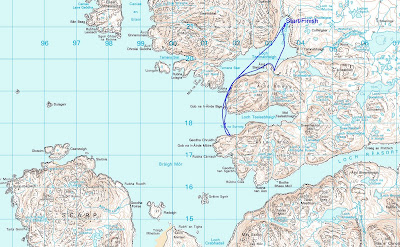 Our route was only 10km but it was in the most beautiful and remote of locations. 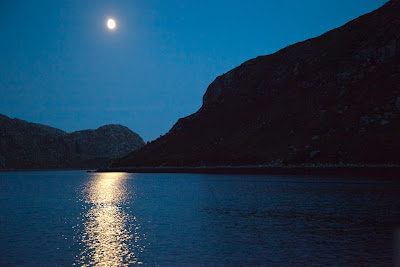 As the moon rose and began to set again, we spent a very convivial evening excitedly chatting about our adventure to come. Murdani and I stayed up after the others, catching up on old times, but I went below about 02:30 on 12/06/2011. Minutes later, Murdani called me up on deck again. The moon had gone down but Murdani said in a quiet voice "What do you make of that?"

High in the sky (higher than Altair in the SSE or Arcturus in the SSW) a bright white disk of light was traversing the sky from west to east. It was difficult to estimate its height and speed but if it was as high as a passenger jet, it was travelling across the sky about 3-4 times as fast. It was not a satellite, I regularly see them and it was much bigger. It was not the international space station, which I have also seen, as in these latitudes it rarely gets higher than 10 degrees above the horizon. It was a still night and there was no engine noise nor were there navigation lights and strobes that you would expect to see on a jet airliner.

Then, when it was about 20 degrees above the eastern horizon, an amazing thing happened. Until that point its velocity had appeared constant but suddenly it started ricocheting from side to side, as if bouncing off invisible walls on either side of its track. What was it? Neither Murdani nor I had a clue. I had had a small amount to drink but Murdani had taken no alcohol at all. We had seen an unidentified flying object (UFO) above Loch Tamnavay.
Posted by Douglas Wilcox at 10:29 am 2 comments: