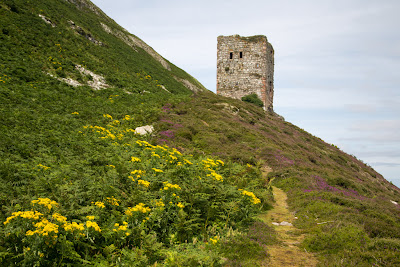 The path to the top of Ailsa Craig led us past the old castle which was a Catholic stronghold established to welcome the Spanish Armada to Scotland. Unfortunately the Armada never arrived though several of its ships escaped round the north of Scotland and some were wrecked elsewhere on the west coast. 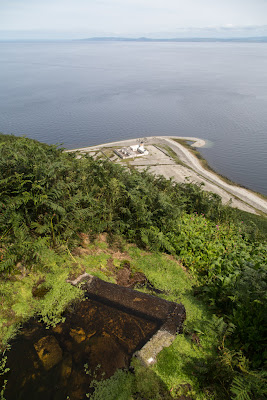 I had warned Mike and Phil that it would take me some time to get up. The path was obscured in places by a thick growth of bracken and nettles but my walking poles were of great assistance though my shoulders ached afterwards. 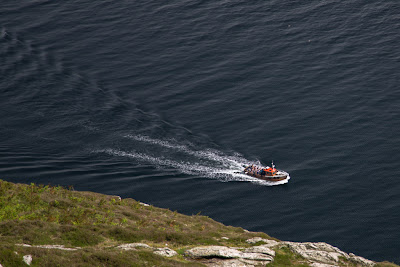 The MFV Glorious from Girvan arrived with a load of tourists but they were much quieter than the lot she carried on our last visit! 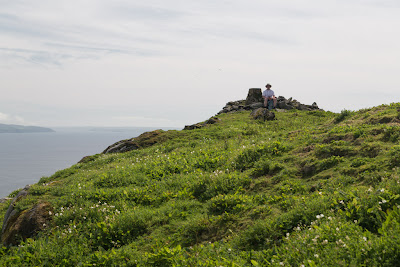 Mike was surprised how green the summit of Ailsa Craig was. 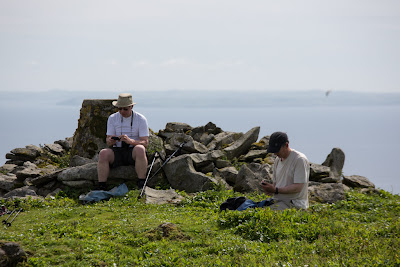 We caught our breath at the summit. Unfortunately Phil discovered that his mobile phone did not care much for 12 year old Glenfiddich. His hip flask had leaked in his bag! 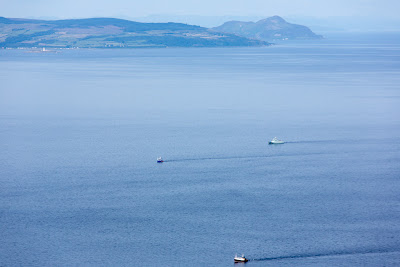 There was a stunning view from the top. Pladda and Holy Island could both be seen off the coast of Arran. We counted 21 fishing boats, mostly Belfast registered circling the Craig. MPV Minna was on fishery protection duty and shadowed the fleet.

The rocky ridges of the Arran mountains rose high over the lower land in the southern half of Arran. 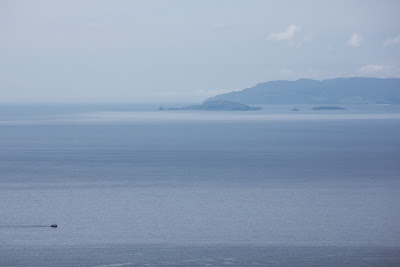 Sanda, tiny Glunimore and Sheep Island could be clearly seen off the Mull of Kintyre. 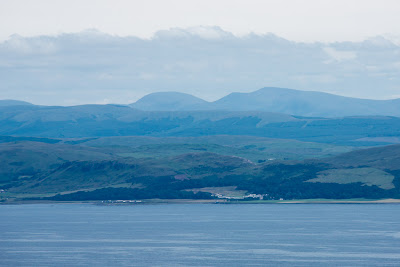 To the east the Merrick rose majestically above the hills of south Ayrshire and Galloway. 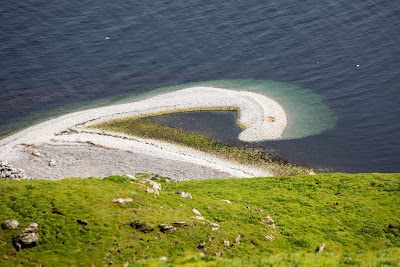 Whoops, the tide was rapidly approaching the kayaks... It had taken me longer than expected to get up, time to go!
Posted by Douglas Wilcox at 9:31 pm 2 comments: