Raised beaches and a raised graveyard on Arran's west coast. 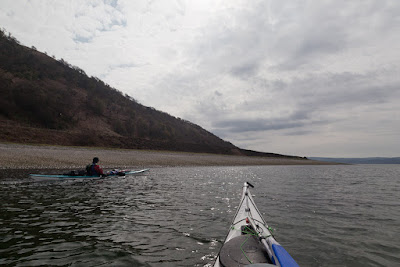 Once we had left Catacol, our view to the south was obscured by Rhuba Airigh Bheirig. 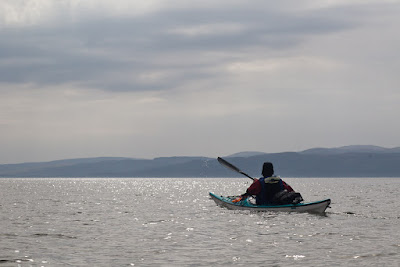 Past the headland, the view of the Kilbrannan Sound opened up and the Mull of Kintyre... 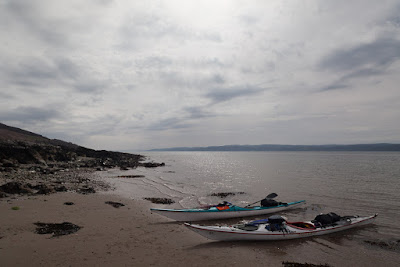 ...stretched away to the south. The coastline near Leninmore is very rocky but low tide revealed some lovely sand. 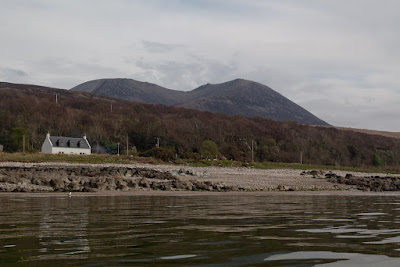 Behind every possible landing beach on this stretch of coast, you will find a cluster of cottages built on the raised beach behind the current shore line as here at Rubha Ban. In the woods, covering the old cliff line beyond, you will find caves and natural arches, which were carved by the sea after the last ice age. 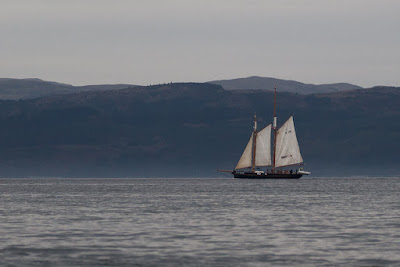 We were passed by the Spirit of Fairbridge, K 381. She was built in 1985 and is a replica of an 1850 Liverpool Bay Pilot Cutter. She is a gaff rigged schooner and is 21.75m long, (28m including her bowsprit). She is operated as a sail training vessel for young people by Fairbridge. 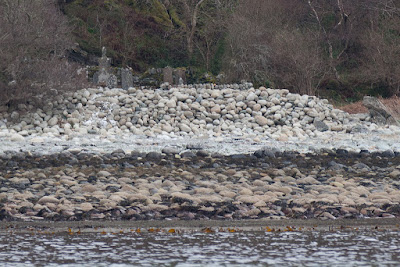 South of Pirnmill we came to Whitefarland Point. Heavy overfalls appear over Erin's Bank (which lies about 1km off the Point) during the south going ebb, especially with a southerly wind.
There is an interesting graveyard at the Point. It is contained within a boulder wall built on the foreshore. When the crofters from the interior of Arran were resettled round the coast, they had little land and also lost access to their traditional graveyards. This one served the nearby community of Pirnmill and was constructed here to preserve the scarce fertile land for growing crops. The grave stones date from 1844 until 1962 and it is still well maintained though access from the land is not easy. 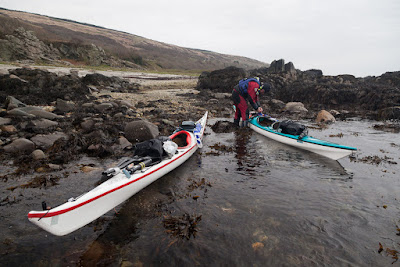 Near Imachar Point we found another break in the rocks that allowed a reasonable landing. There was a raised beach with another line of former sea cliffs behind. We considered stopping for an early tea here... 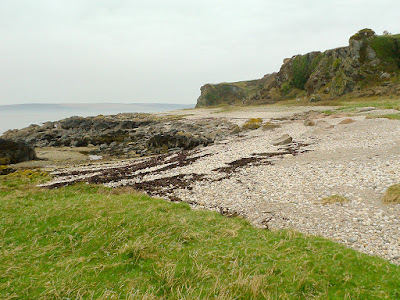 ...it was a lovely wild spot, but it started to rain and we were not yet half way round Arran. We decided to press on.
Posted by Douglas Wilcox at 2:52 pm No comments: