The Sounds of Luing and Cuan 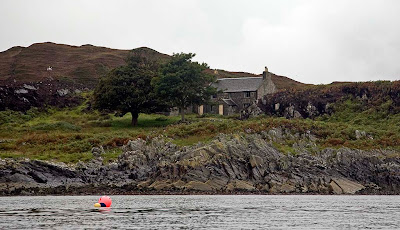 On leaving the Grey Dogs, we entered the Sound of Luing and made our way up the east coast of Lunga. This is one of the surviving houses. We then entered the maze of tidal channels between the north of Lunga and its neighbouring islands.

Returning to the Sound of Luing again, we started a ferry glide across the now flooding north going tide. We were headed for the island of Luing on the east side of the sound. Looking north we could see all the way up the Sound to Insh, Fladda with its lighthouse, Easdale and Seil. 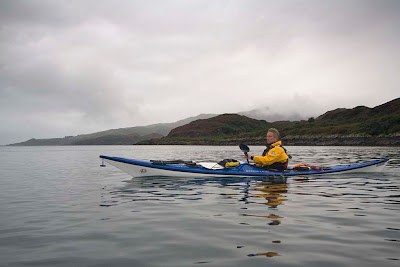 Looking south down the Sound, the tumbling crags of Scarba were lost in the mist.

Working our way up the east shore of the Sound the tide accelerated us north past Dubh Sgeir with its light and the lighthouse of Fladda. 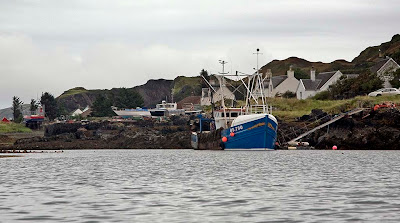 We found the MFV Rambling Rose tied up in the sheltered inlet of Cullipool. In 2001 she went to the rescue of a yacht which went aground in a force 8 August gale, the family were saved including their 18 month old baby. The Rambling Rose was a scallop dredger operated by brothers Eoghann and Alastair MacLachlan. The Scottish Government recently banned scallop dredging in the Firth of Lorn and she has been modified for prawn fishing. 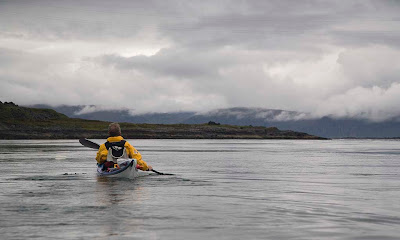 Rounding the northern end of Luing, we paddled east into the Cuan Sound between Luing and Seil. We eddy hopped through the Sound against the west going flood spring tide. 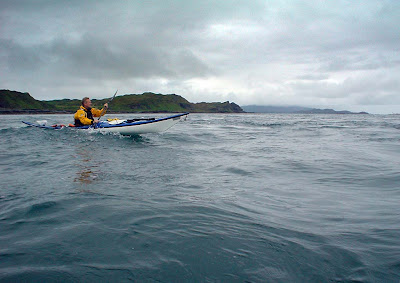 Turning round, we blasted back down the Sound.. 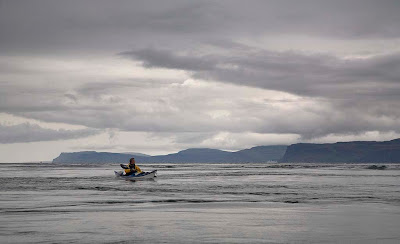 ...until we were ejected into the Firth of Lorn. The Island of Mull provided a backdrop as we made our way back to our starting point at Ellenabeich on Seil.

What a fantastic weekend in the tides between these glorious islands.