The beaches under the Enchanted Mountain of Jura. 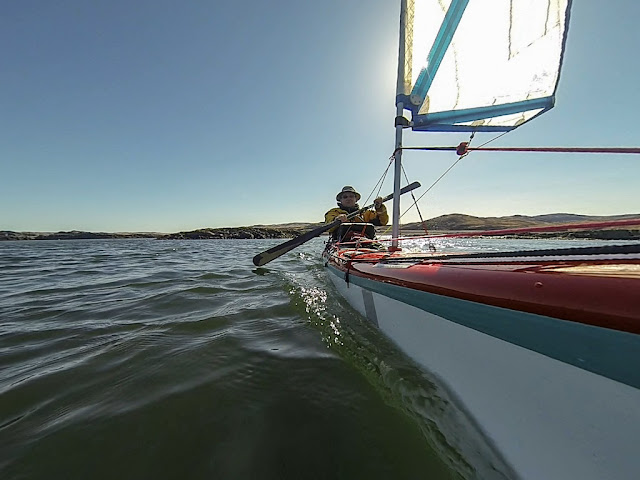 From the raised beach on the south shore of West Loch Tarbert on Jura Tony and I set off on our exploration of the outer loch. 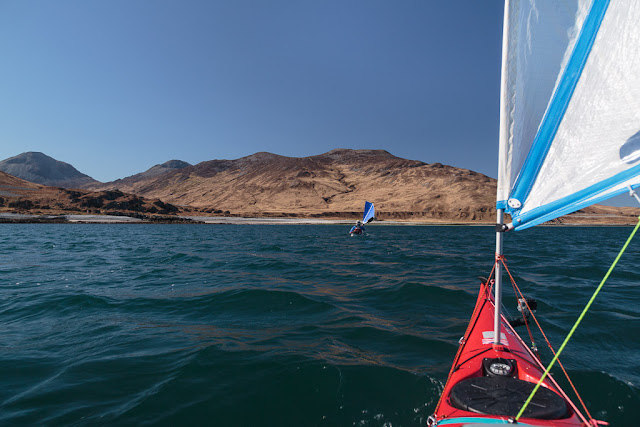 A fair wind and the last of the ebb tide helped to propel us... 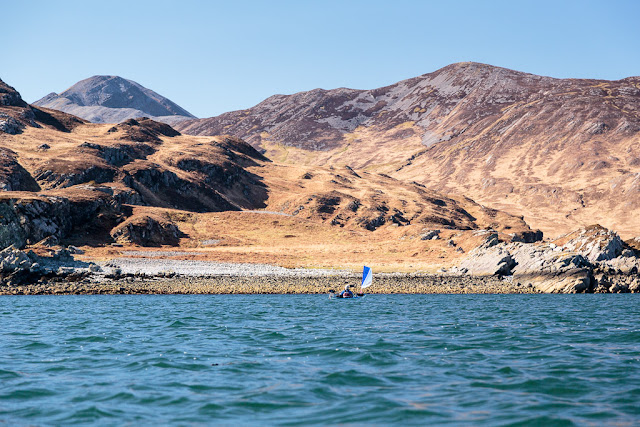 ...past an amazing series of bays backed by... 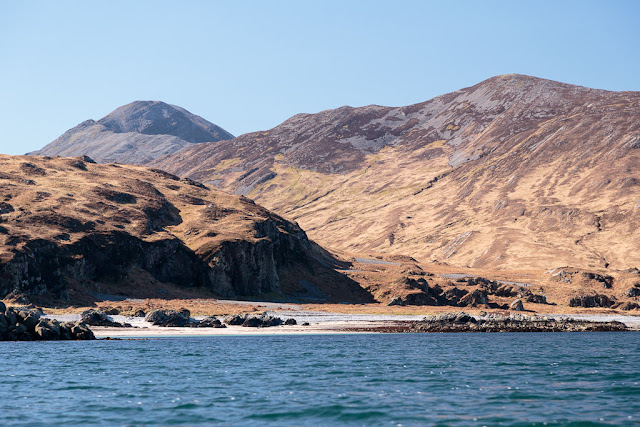 ...raised beaches which were in turn backed by long dry sea cliffs and caves. The Paps of Jura now heaved above the coastal landscape and would be with us for most of the rest of our expedition. 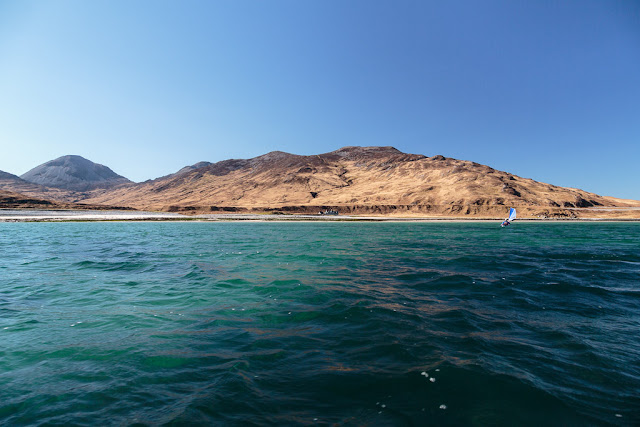 As we approached Glenbatrick  bay the water quickly shoaled to a sandy bottom and turned from ultramarine to... 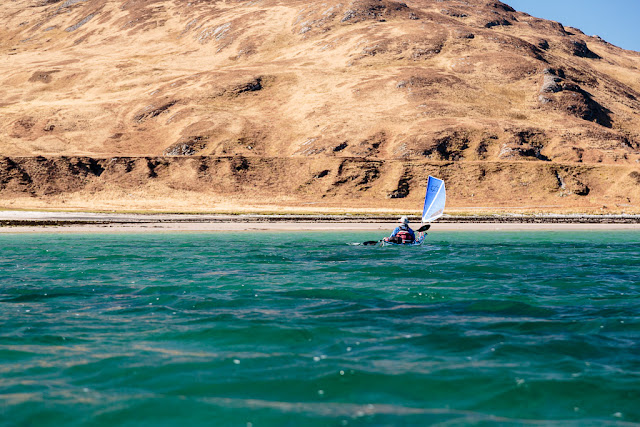 ...dazzling turquoise. What looked like a road on the hillside was actually another raised beach. 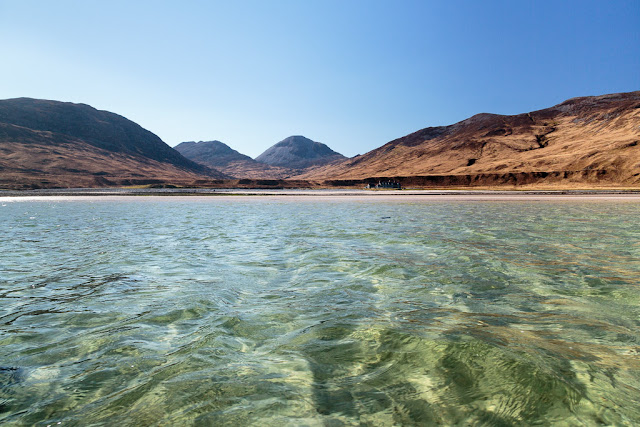 We approached Glenbatrick house at the head of the bay. It is locally pronounced Glenabatrick after the original name Glenabedrig. 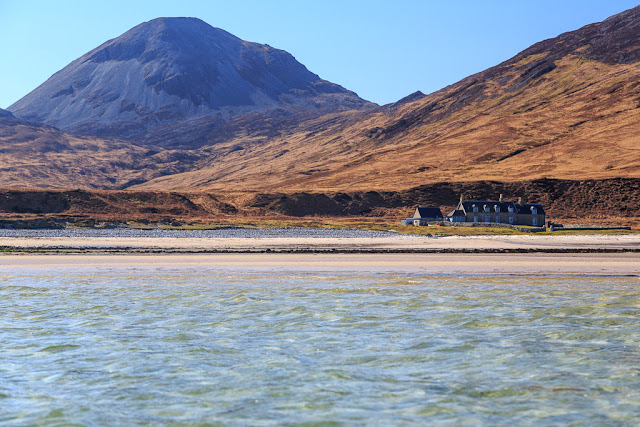 The house was built in Victorian times for the Astor family and it is the current Lord Astor's holiday home. David Cameron's wife Samantha is Lord Astor's step daughter and the Camerons have enjoyed several holidays here. Tony and I met Lord Astor in 2007 in a remote bay on the west coast of Jura. He seemed a thoroughly decent person. Behind the house the shapely mass of Beinn Shiantaidh (757m) heaved towards the blue vault of the sky. There are several translations of her Gaelic name but I much prefer "The Enchanted Mountain." 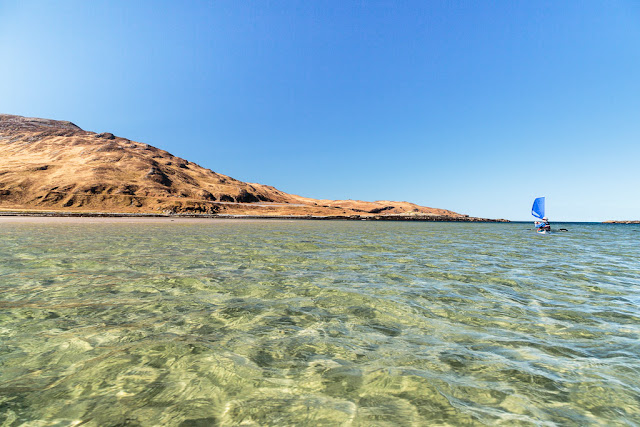 We left the turquoise waters of Glenbatrick Bay and paddled over the... 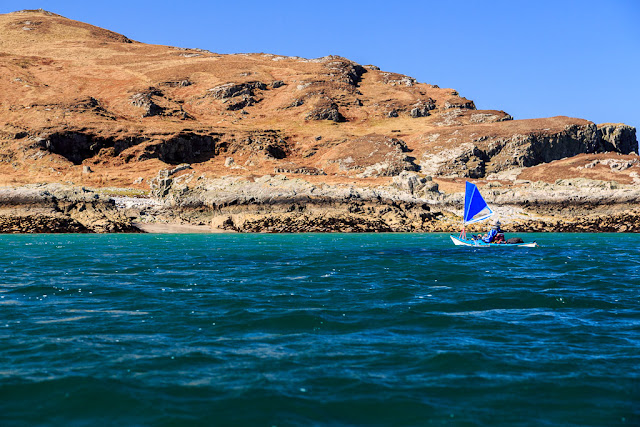 ...the deeper ultramarine waters off Rubha a' Chrois-aoinidh (headland of the steep cross) at the entrance of West Loch Tarbert. Then we spotted a little sandy cove, time for second luncheon!

Posted by Douglas Wilcox at 3:58 pm No comments: