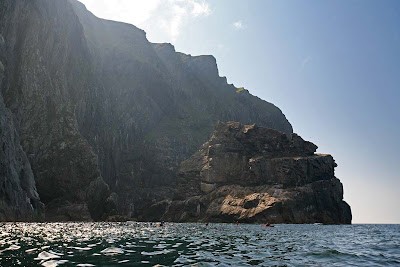 As we made our way anticlockwise round the north coast of Hirta we were completely overawed by the scale and wildness of this place.

Bradastac lies at the foot of the highest sea cliffs in Britain. Anywhere else it would be a giant amongst stacks. Here it was dwarfed by Conachair just as we were dwarfed by it. 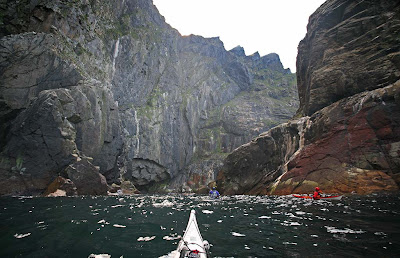 We made our way round Bradastac as the swell slowly rose then fell round its red rocks. 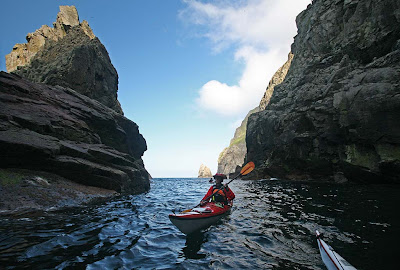 Fiona F with Bradastac and Mina Stac in the distance. 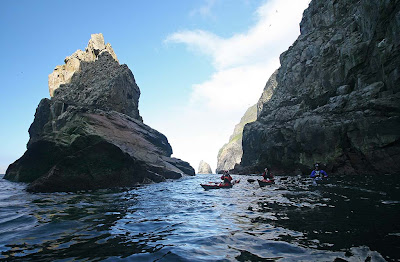 Bradastac, with Fiona F, Alan and Clark below the stunning cliffs of Conachair, the highest mountain on Hirta.