Smoking in church on Nave Island 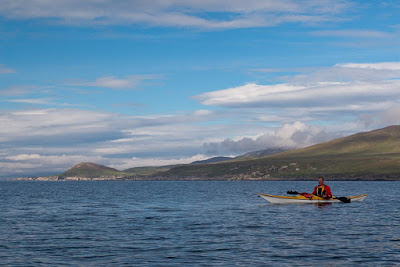 We now left the wild north shore of Islay and... 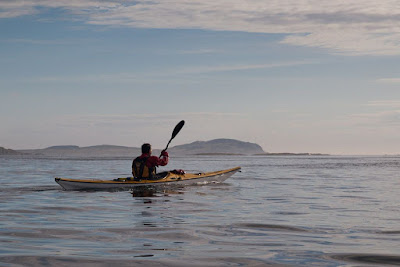 ...set off across the broad mouth of Loch Gruinart.  On the far side of the loch low lying Ardnave Point stretched out below the bold headland of Ton Mor. We hoped to round it in the morning when we would be well on the way to the west coast of the Rhinns of Islay. 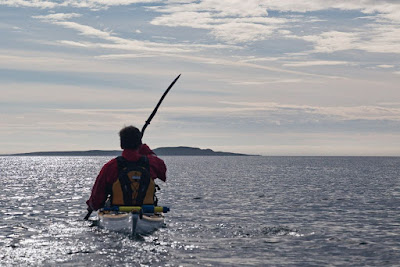 We were bound for Nave Island which floated on a sparkling sea. 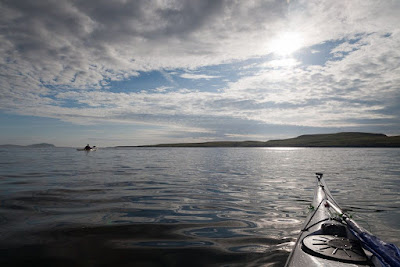 Our crossing was 5km but it passed quickly in the outstanding conditions. 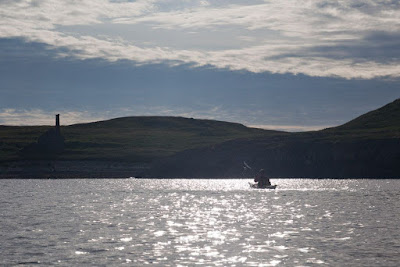 Geologically Nave is interesting because it is split in two by a narrow cleft, some 6m wide. It was created by the erosion of a basalt dyke and it is almost completely impossible to cross due to its vertical sides. 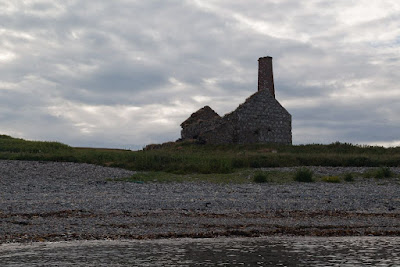 There are interesting ruins on the south side of Nave. The ancient walls of an early thirteenth century chapel sprout a tall, 18th century brick built chimney! At first we thought we had found an illicit whisky distillery but the truth is less exotic. In 1785 the abandoned chapel was taken over to burn kelp. A broken section of a fine stone cross found in the floor of the chapel is believed to date from the 5th century. Clearly kelp burners had little thought of conservation. Until the development of the chemical industry in the 19th century, kelp burning in Scotland was the principal source of sodium carbonate for the manufacture of glass and soap.
Posted by Douglas Wilcox at 7:00 am No comments: