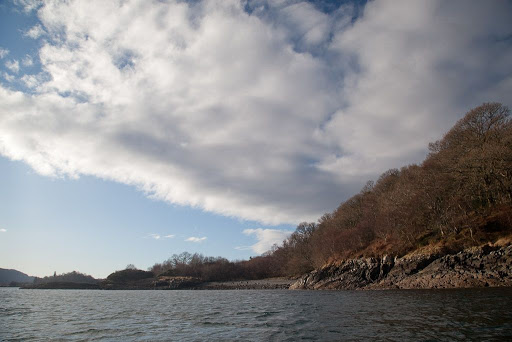 We continued round to the east side of Eriska. It is sheltered from the open sea and prevailing winds. 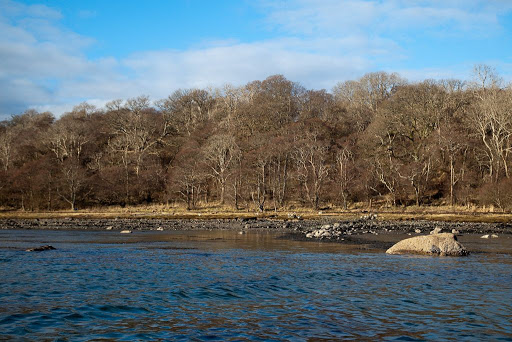 I knew there was a well known crannog on the south side of the island but I was very surprised to find another large ring of semi-submerged boulders connected to the shore by a line of boulders. It was another crannog! These were ancient artificial islands topped by dwelling houses and dating back some 5,000 years. They would have been built up with wooden stilts with a large wooden house on top. It just goes to show that you should keep your eyes open and not just do headland to headland, if you want to discover things and learn about the coast. 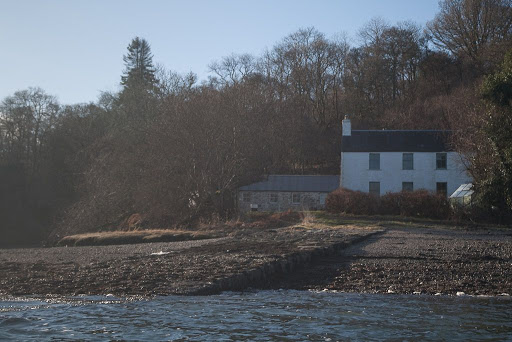 We then crossed to the south shore of Loch Creran and came to the old ferry jetty at South Shian. The ferry connected the lands of Benderloch to Appin on the way from Oban to Fort William. A rowing boat ferry operated here until 1948. A century before, in 1848, Lord Cockburn crossed here in his carriage. He said afterwards" These are disgraceful ferries...jerked by bad rowers, with unsafe oars, amidst a disorderly tumult of loud, discordant, half naked and very hairy Celts.."

In 1996, a 1797 copper two penny piece was discovered beside the jetty, perhaps it was intended as a fare.

In 1941 a German bomber dropped a bomb on Sgeir Caillich, the reef to the SE of the jetty. It is thought that from the air, the long thin reef looked like a camouflaged battle ship. The reef survived. 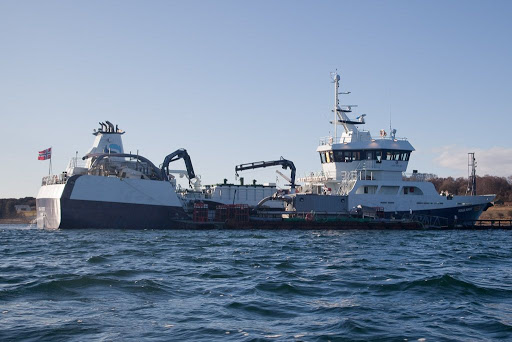 After paddling through the gap at the inshore end of the reef, we came across the 57m well ship, Ronja Nordic. She was offloading a cargo of mature live salmon at the South Shian fish processing plant. She sails under the Norwegian flag and was built in fitted out in 2008 by a yard in Norway after her hull was built in Poland. 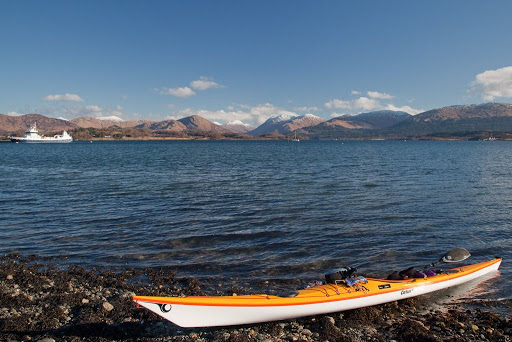 We stopped for a second breakfast on the South Shian shore... 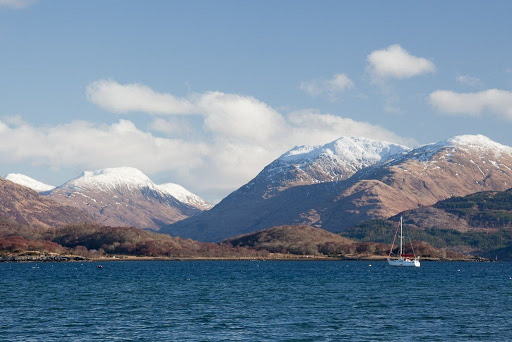 ...and admired the view to the distant snow covered ridges of Ben Sgulaird, 937m. Our route was to take us 13km from the mouth to the head of Loch Creran which lies below the Ben.
Posted by Douglas Wilcox at 4:15 pm 4 comments: