The lonely sea and the Skye 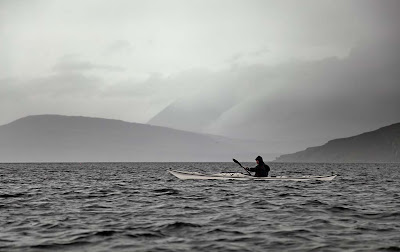 On Saturday which was the first day of the 9th Scottish Sea Kayaking Symposium on Skye, Jim Weir and I took of group of really nice folk out onto Loch Eishort on the north west of Skye's Sleat peninsula. At first the wind was a gusty force 4 southerly but the arrival of torrential rain soon killed the wind. The outline of Bla Bheinn, an outlier of the Cuillin ridge, can just be seen behind Nigel. 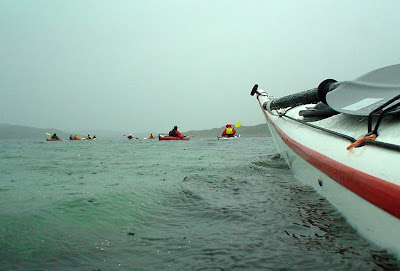 We launched at Ord and made our way east up the loch... 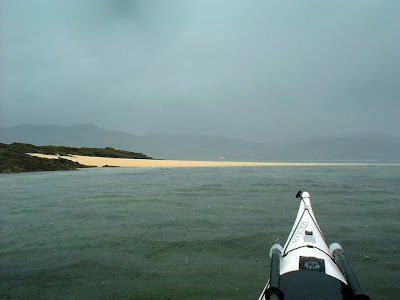 ...past the delightful coral sands of Eilean Gaineamhach an Arda. 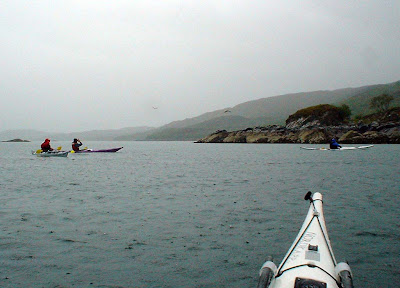 We were lucky enough to spot a pair of white tailed sea eagles. One of them had at least one faded orange or red wing tag. 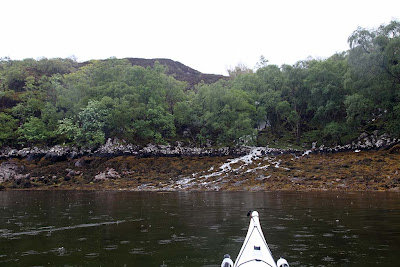 The hills were running with torrents of water... 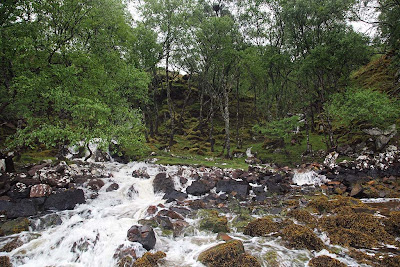 which poured over the beaches and into the loch. 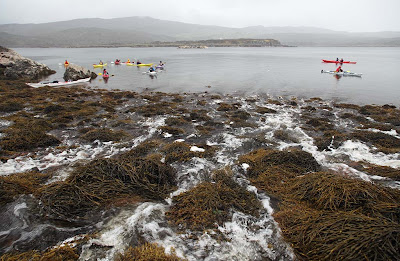 I don't think anywhere does rain as well as Skye! 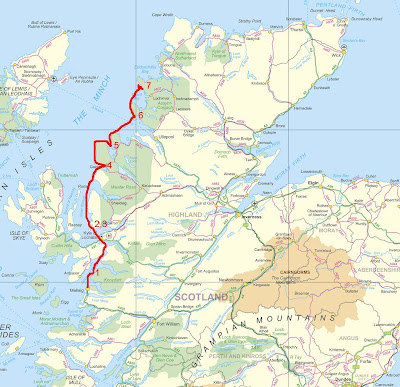 Tony 12:33 "Left Isle Ristol this morning, rough round Rhubha Coigach, now at Stoer will round Point of Stoer at slack 3pm. Oldany Island is destination tonite. Aiming to round Cape Wrath on Saturday. Force4 and rain today."
Tony 13:50 " Tried to get out of Stoer Bay but wind has picked up to top of 5 and very lumpy turned back. If u get chance txt eve 4cast to see if there is chance later. Othrwse will sit tight."
Tony 20:05 " Glad we turned back, wind n waves just kept getting up. Camping on the site at Clachtoll. Just hitched into Lochinver to top up supplies, phones and fluid levels. Now walking back to Clachtoll. Will try to get round Point of Stoer and up to Kinlochbervie tomorrow pm."
Posted by Douglas Wilcox at 12:42 pm No comments: