A meeting with Garnock Canoe Club in Culzean Bay.

Leaving Culzean we paddled across the broad expanse of Culzean Bay. Arran and the Holy Isle were clear on the western horizon.... 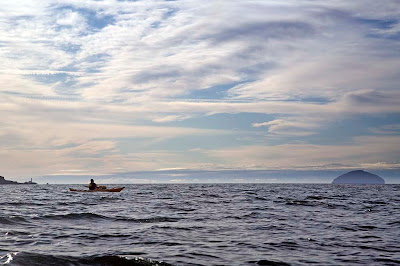 .... and Turnberry Point and Ailsa Craig stood out to the south. However, our eyes were on the coast to the north. David was due to paddle south from Dunure to meet us. 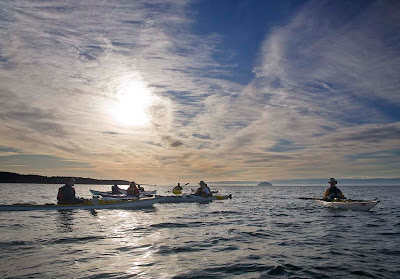 Instead of a solitary David we met him with members of the Garnock Canoe Club: Duncan, Dave, Jim, Alison and Alison. 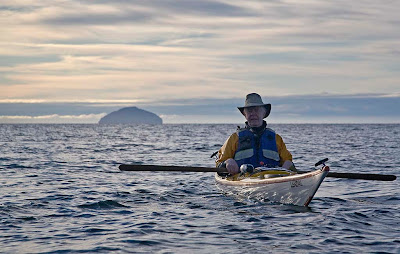 Duncan Winning OBE is a long standing member of the Garnock club which has a fine reputation for training its sea kayaking members. Gordon Brown is a former member and Richard Cree is another current member. 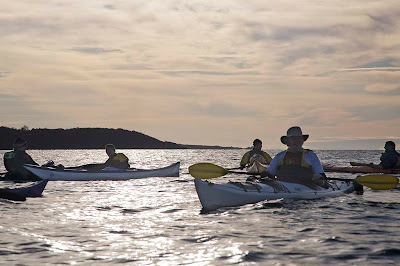 We had a good chat before we all paddled northwards, bound for Dunure.

Tony, David and I paddle this coast regularly but this is the first tme we have met anyone on the water! First we met Alan then the Garnock club! Sea kayaking in Scotland is a growing activity.