A sack of logs and a space for the Brownie. 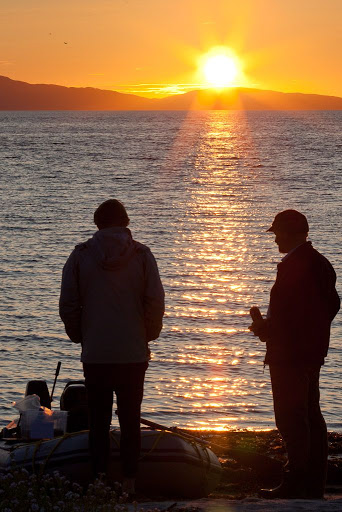 Fortunately when the sun went down, the temperature dropped like a stone and the midges disappeared. 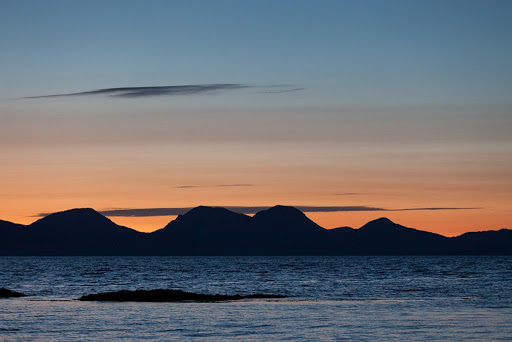 Gradually the light faded until...

...there was only a red glow behind the Paps of Jura. 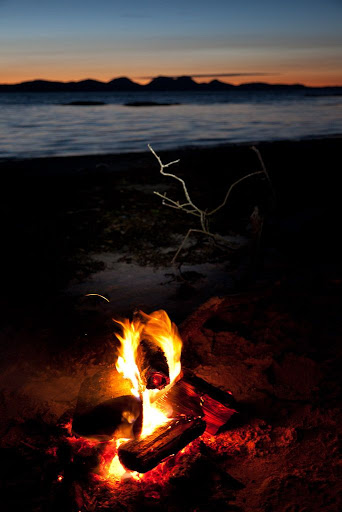 We sat round a fire of crackling logs, leaving a space for the Brownie. It was just as well we had picked up a sack of logs at a petrol station on the way up as there was little driftwood on the beach.

Phil and I enjoyed a dram of the 18y old Caol Ila whisky and we swapped tales till the sky grew dark and the embers faded.
Posted by Douglas Wilcox at 7:00 am 3 comments: