A blizzard of gannets does not deposit snow on the rock ledges of Ailsa Craig! 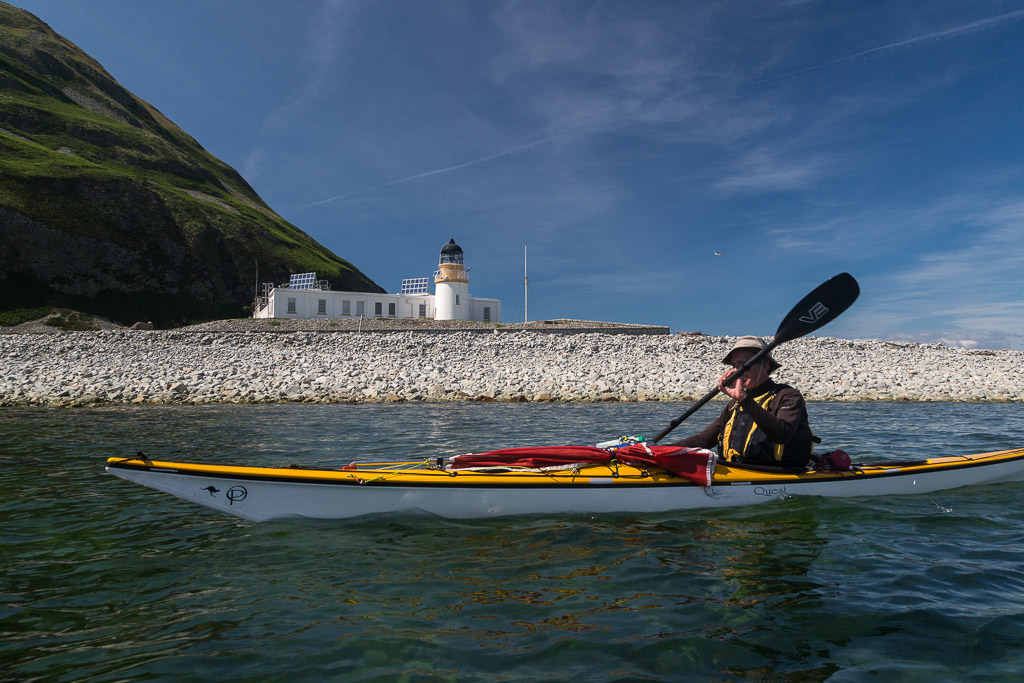 After Phil had partaken of a solo luncheon while Tony and I explored the industrial archaeology of Ailsa Craig, we set off on a clockwise circumnavigation of the rock in late afternoon.

Top tip: on a visit to Ailsa leave the circumnavigation till last. This means that the sun will be well round on the W and NW breeding cliffs and by going clockwise, the sun will be behind you for best viewing. 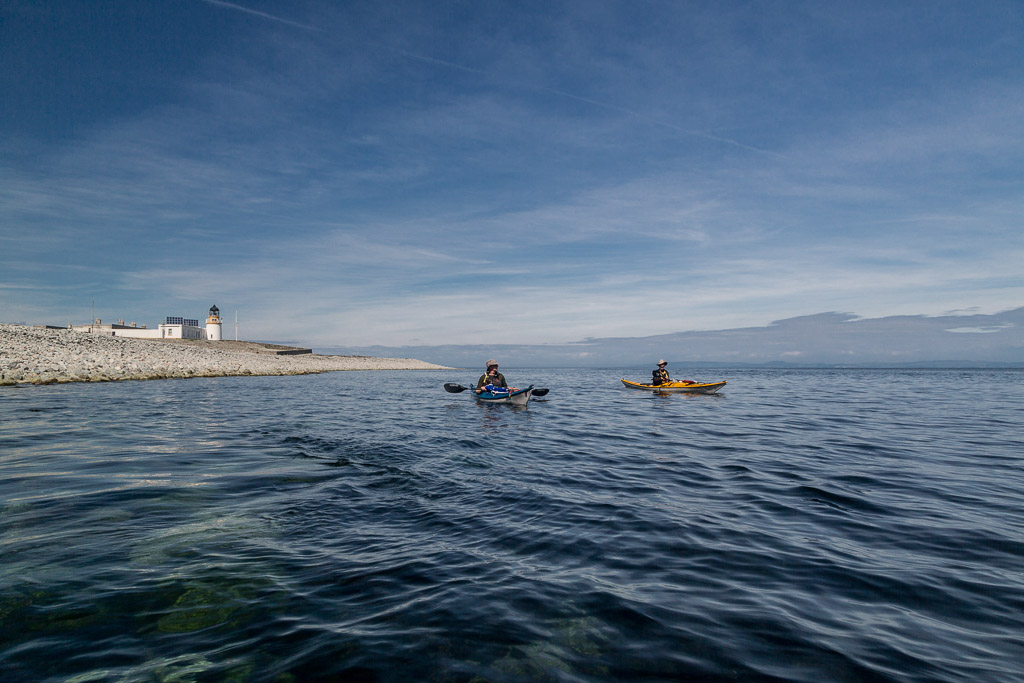 As we left lighthouse spit, several large grey seals followed us and indeed passed under us. 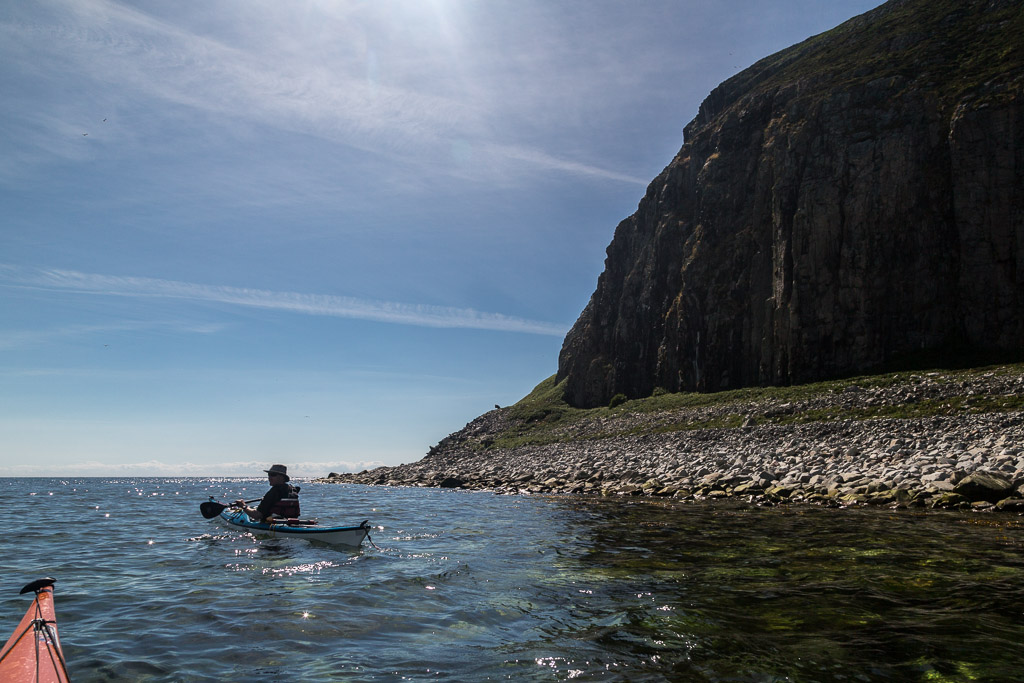 Initially first time visitors wonder what all the fuss is about. 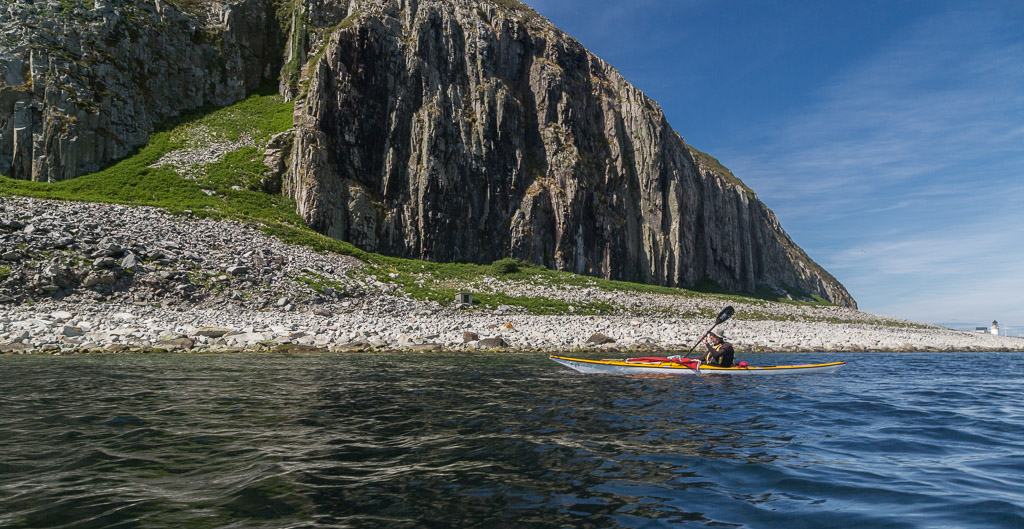 Yes the cliffs on the SE side are suitably steep but there are not many birds about. 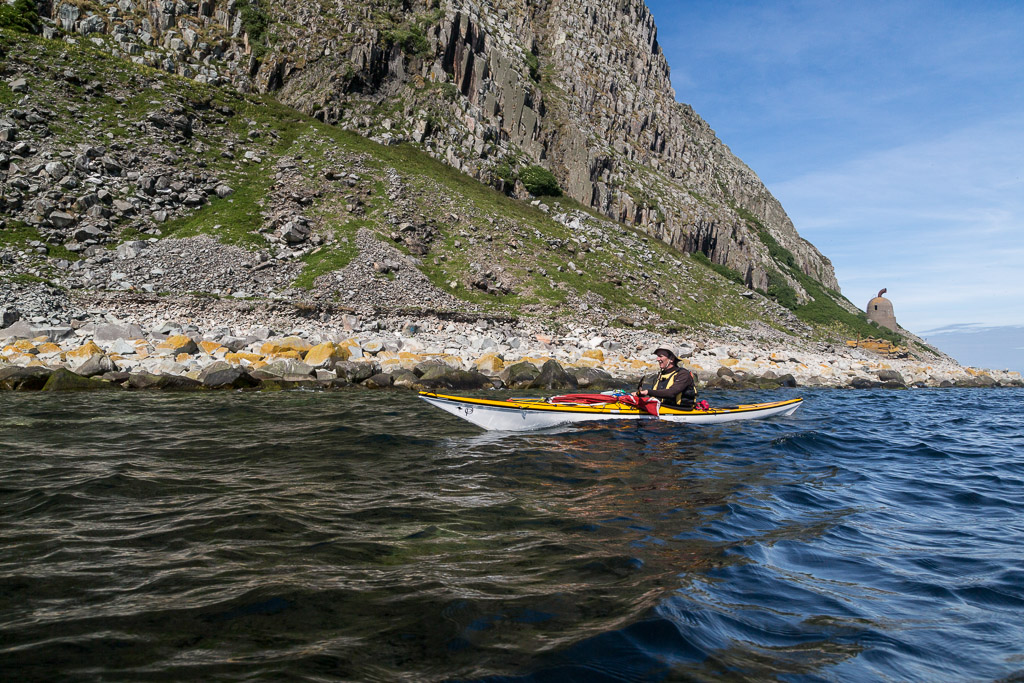 However, as soon as you pass the foghorn at the south east end of the island... 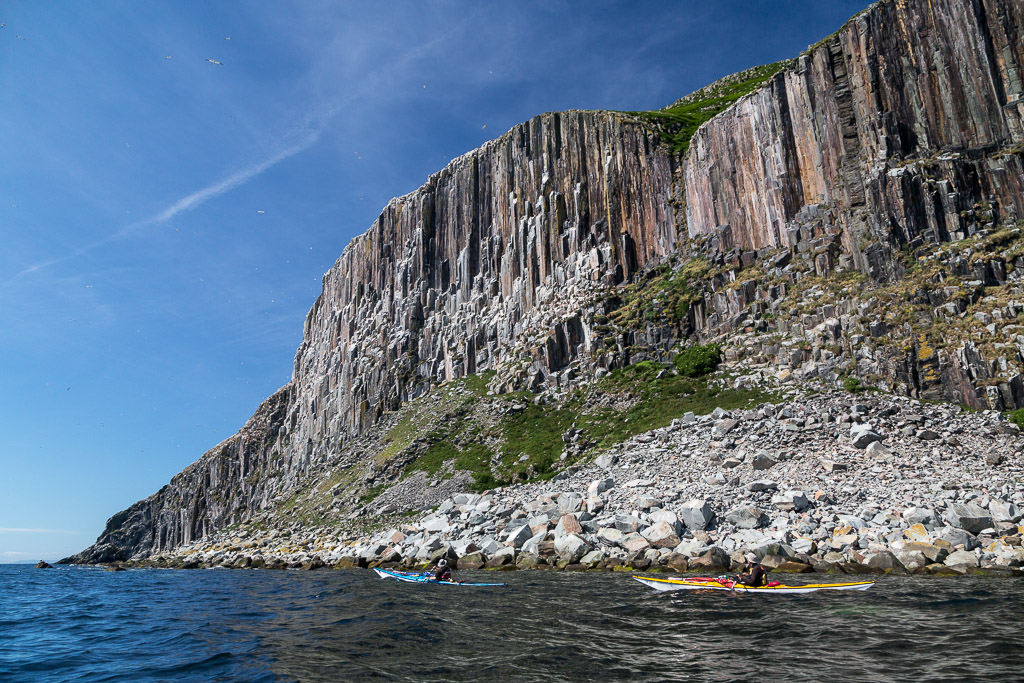 ...the cliffs at Trammins rear up in a most impressive manner. pinkish vertical columns of rock are topped by white capped ledges. From a distance it looks like snow but... 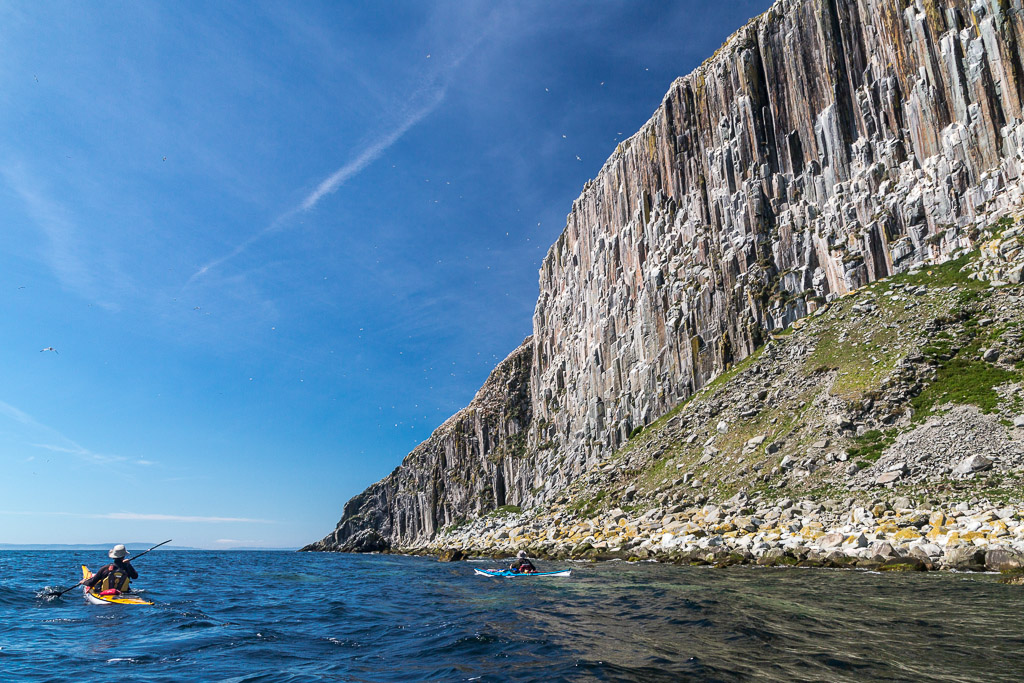 ...once you get a little closer your olfactory system will become so overloaded that you will realize that this is not snow but the finest gannet guano! 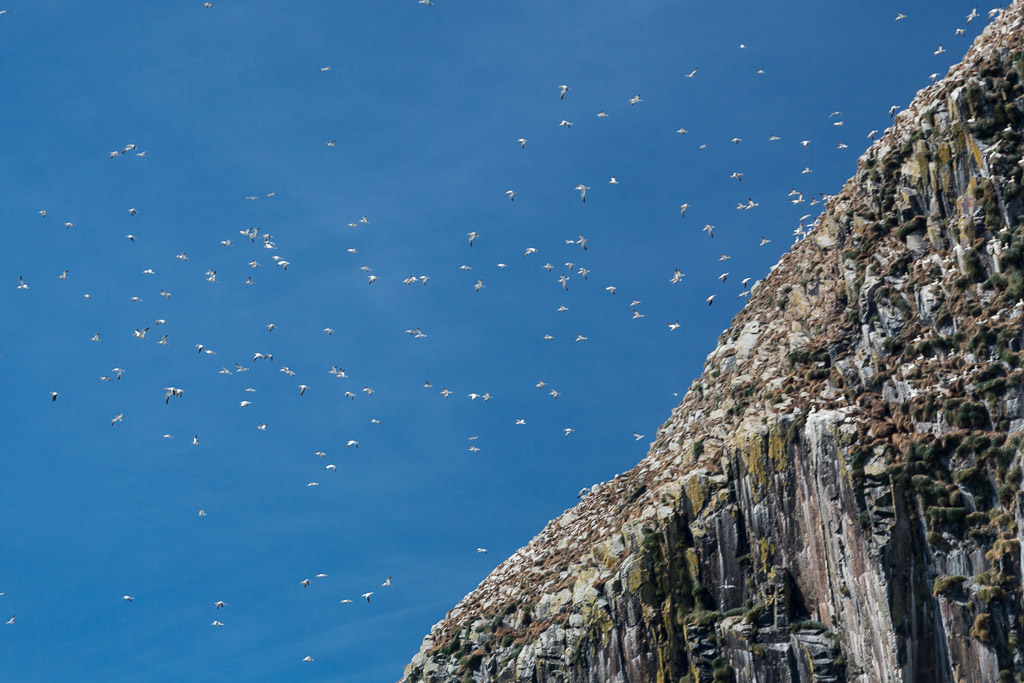 High above us squadrons of gannets are flying out from their ledges. There is order in the seeming chaos. Birds on lower ledges fly first and birds on the top ledges fly last. 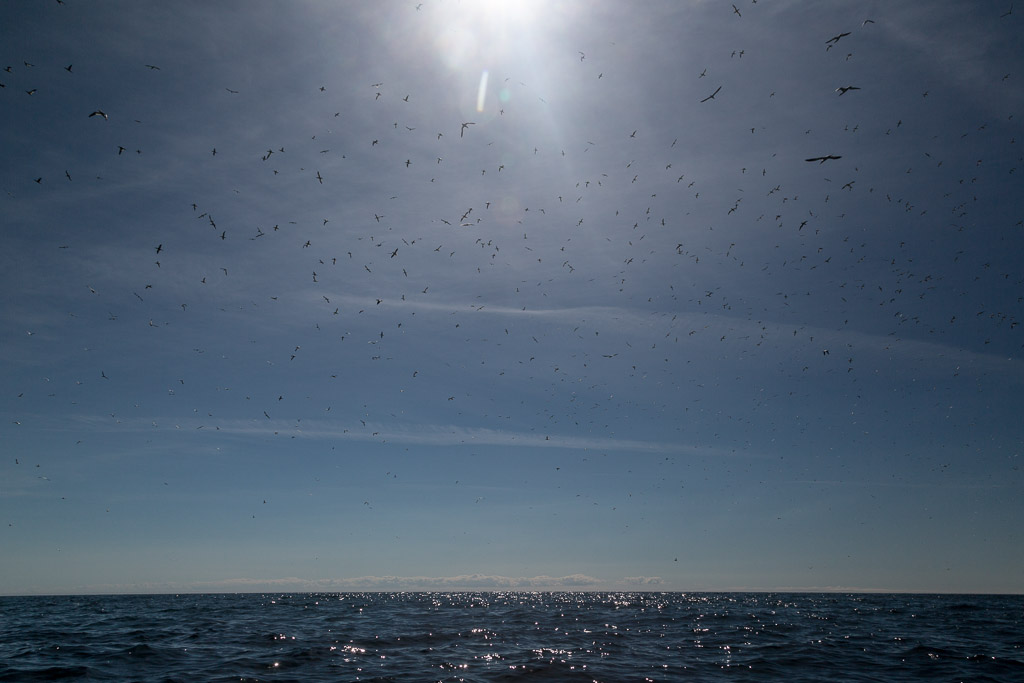 The air above us was filled with a blizzard of... 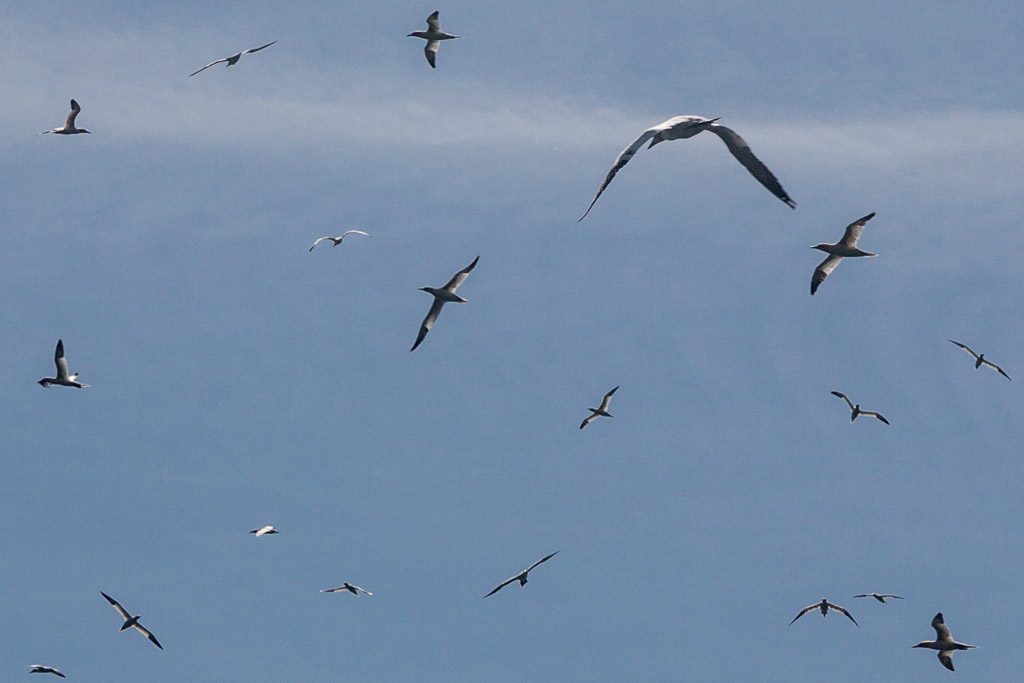 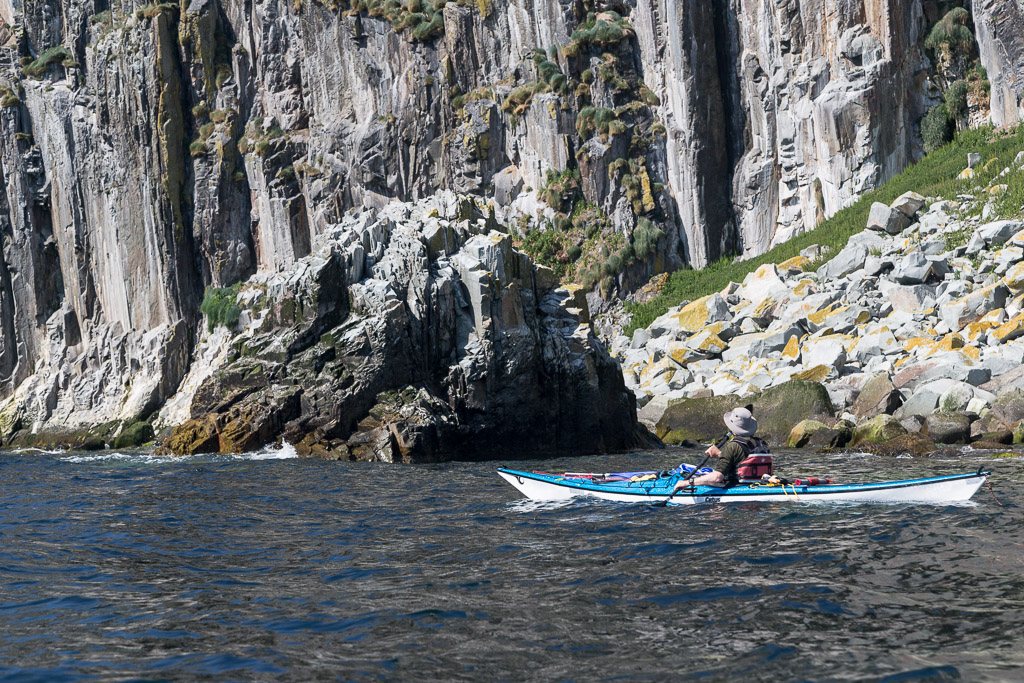 It is therefore advisable to wear a broad brimmed hat on a circumnavigation of Ailsa Craig.  At sea level there is also interest. This isolated rock is known as Little Ailsa. 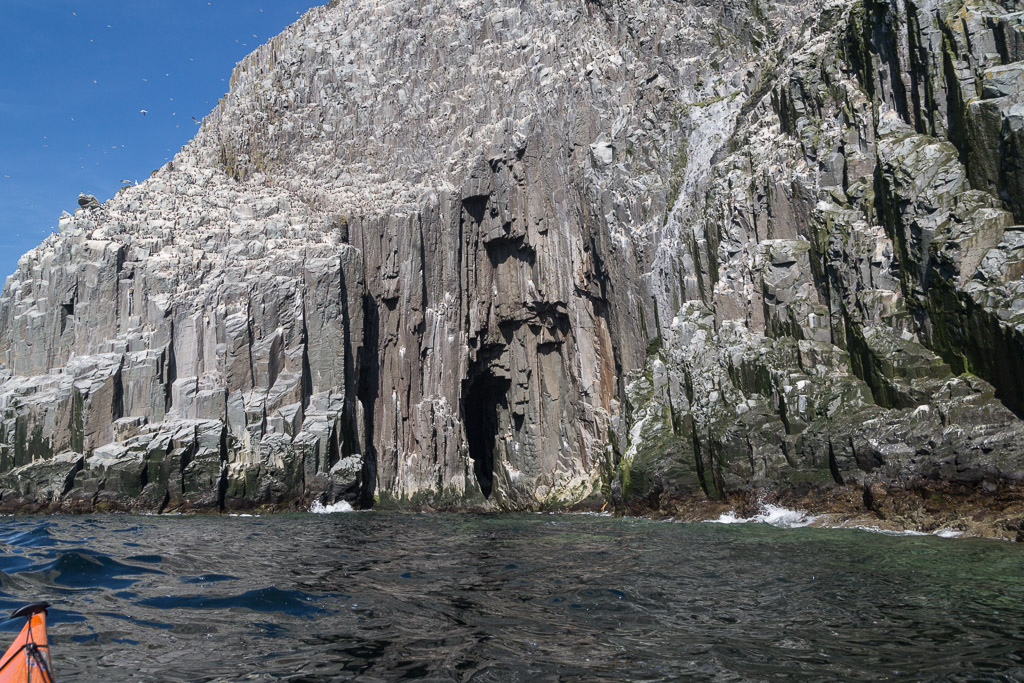 Just beyond Stranny Point lies the Water Cave and the main breeding cliffs on the west of the island. Our taste of guano on the south coast had been merely an amuse bouche.