Carried away by the tide in the Sound of Jura. 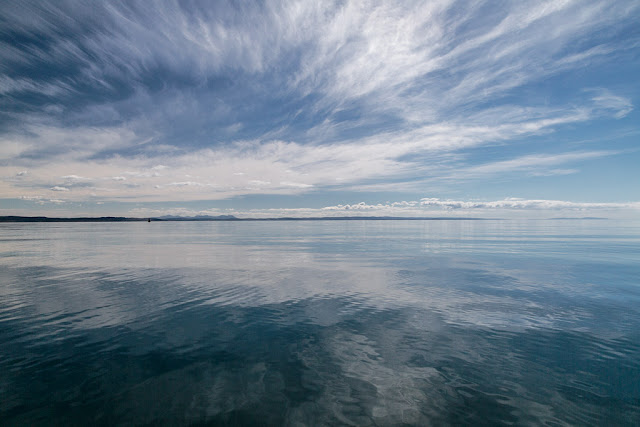 When we left Lowlandman's Bay on the east coast of Jura, the flood tide was already running north through the Sound of Jura and would be our ticket home to Carsaig Bay on the mainland. We took a last look to the SE at the long peninsula of  Kintyre, which culminated in the Mull of Kintyre (at the extreme right of this photo) some 66km to the south.. The rocky mountains of Arran rose above the relatively low hulls of Kintyre. In the sky, streaks of gathering cirrus clouds fore told the wind that would arrive the next day. 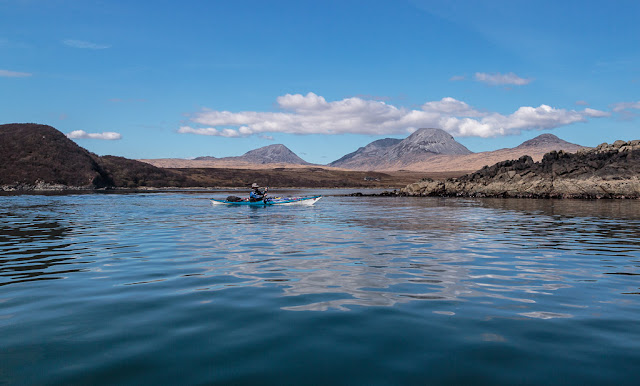 As we travelled north, the view of the Paps of Jura became less anatomically correct with three (or even four) heaving above the horizon. 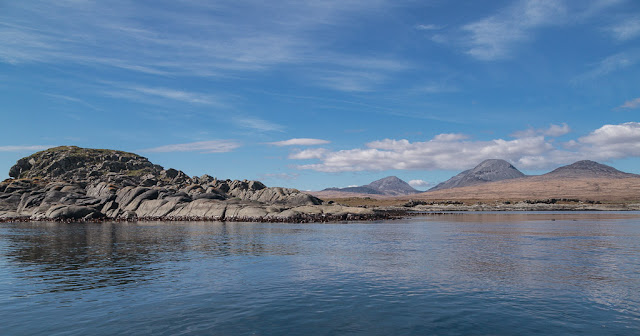 We passed the site of another Iron Age dun at the NE end of the peninsula, which nearly encloses Lowlandman's Bay. 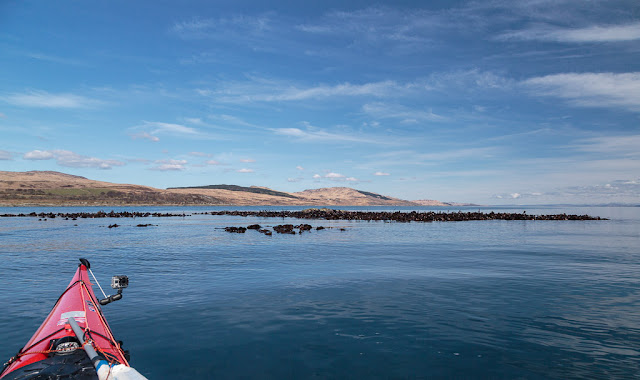 To the NE, the Jura coast stretched away in a long succession of low headlands as far as the eye could see.

We followed the coast until we saw the wooded peninsula that marks the south side of Tarbert Bay where we had made landfall on Jura two nights previously. Then we struck out into the middle of the Sound of Jura to catch the full force of the tide. 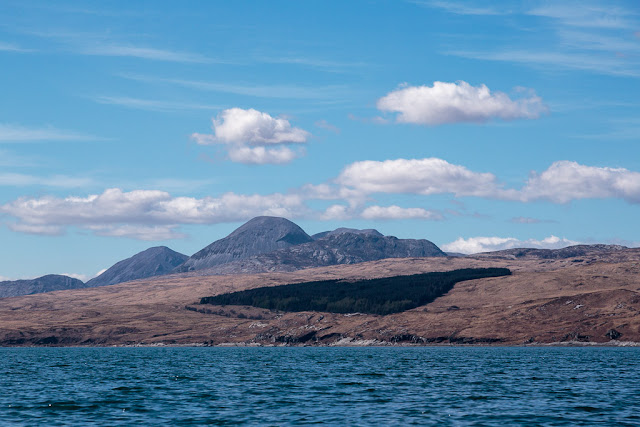 It was sad to be leaving Jura after such a rewarding but brief visit and once... 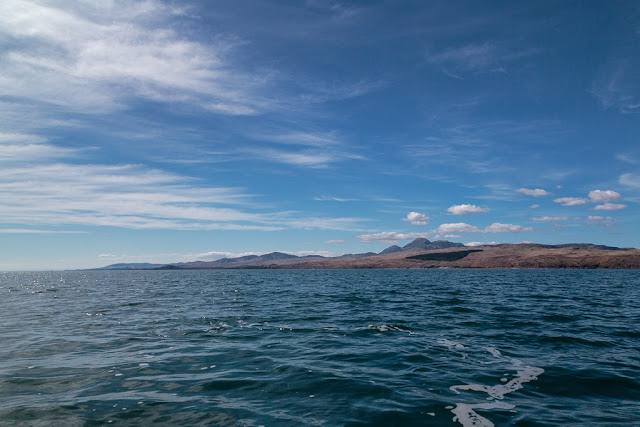 ...the tide in the Sound caught us, it carried us quickly away.
Posted by Douglas Wilcox at 4:43 pm No comments: