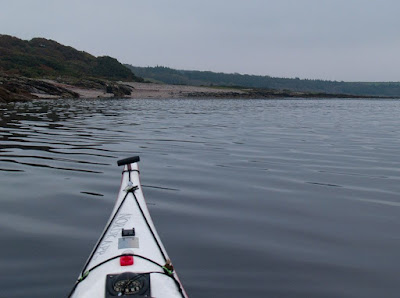 We paddled towards the mouth of Loch Fyne along a raised beach until we came to... 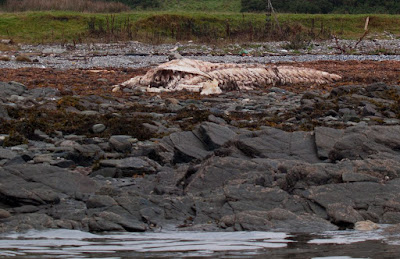 ...Kilbride Bay. The sad remains of a dead whale lay beached on the shore. The smell of death hung so heavy in the air that we could not approach closer to investigate its species. We paddled over huge detatched ribs with flesh still attached, that lay under the clear waters below its final resting place. 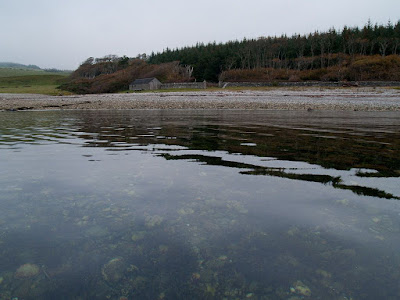 The whale is not the only death that has attracted attention in Ardlamont. This is the boathouse of Ardlamont estate, tradtional home of the Lamont clan.  The boathouse has a dark secret. In 1893, Alfred Monson, a gentlemen’s tutor, rented the estate to give 17year old Cecil Hambrough a Scottish country experience. Monson persauded Hambbrough to take out a life insurance policy for £20,000 with his wife as the sole beneficiary. He then set out to murder the boy and claim the insurance. He took the boy, who could not swim, fishing in the bay. He had earlier drilled a hole in the bottom of the boat. The boat sank and Monson reached the shore without difficulty. The desperate boy learned to swim and thrashed his way to the shore. The next day Monson took the still unsuspecting boy shooting in the woods and shot him. He claimed the boy had shot himself. In a notorious trial, the jury found the murder charge against Monson "not proven" and he walked free but with his reputation in tatters. Five years later he went to jail for insurance fraud. 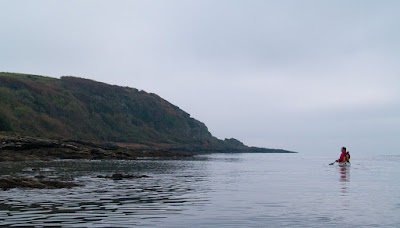 As we approached Ardlamont Point the mist thickened... 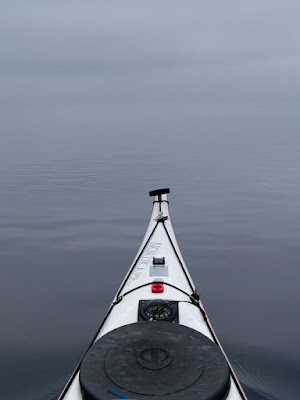 and it was impossible to say where the sea ended and the sky began. 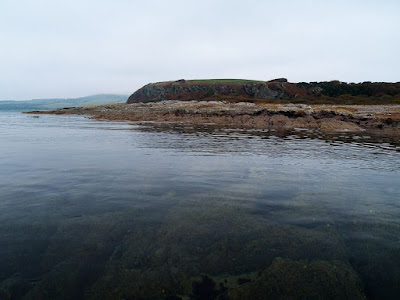 We turned our gaze downward and were rewarded with views of Ardlamont's submerged reefs lying beneath the calm clear waters.
Posted by Douglas Wilcox at 8:50 am 2 comments: